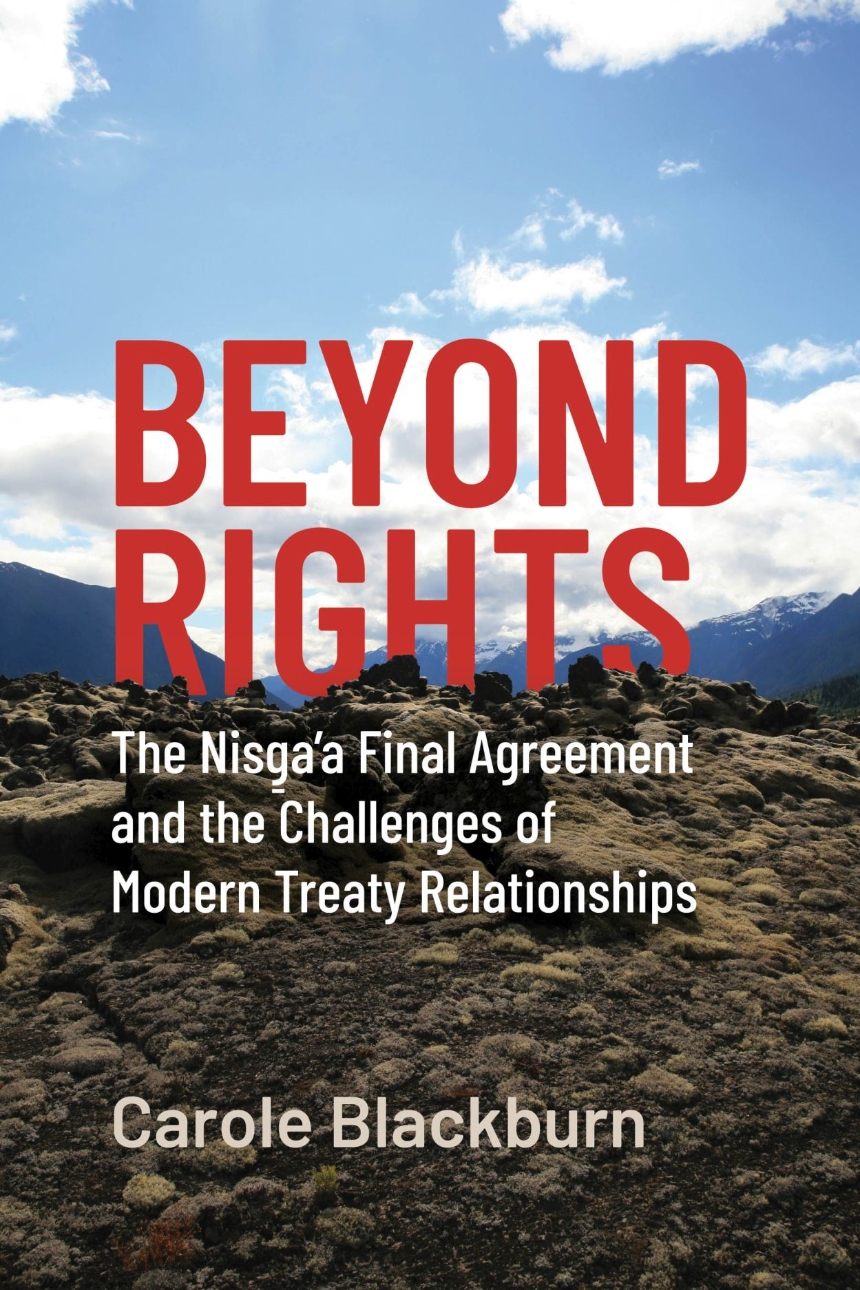 An analysis of the potential of treaty-making as a way to address historical injustice.

After more than one hundred years of protest, petitions, litigation, and negotiation, the Canadian and British Columbian governments signed a treaty with the Nisga’a Nation in 2000, formally recognizing the unextinguished land rights of the Nisga’a people. The unprecedented agreement, providing both self-rule and a perpetual land title, marked a turning point in the relationship between First Nations and settler states across the globe. Using the Nisga’a Final Agreement as a case study, Beyond Rights explores the possibilities and limitations of treaty-making in the ongoing fight for Indigenous sovereignty and legal recognition throughout the world.