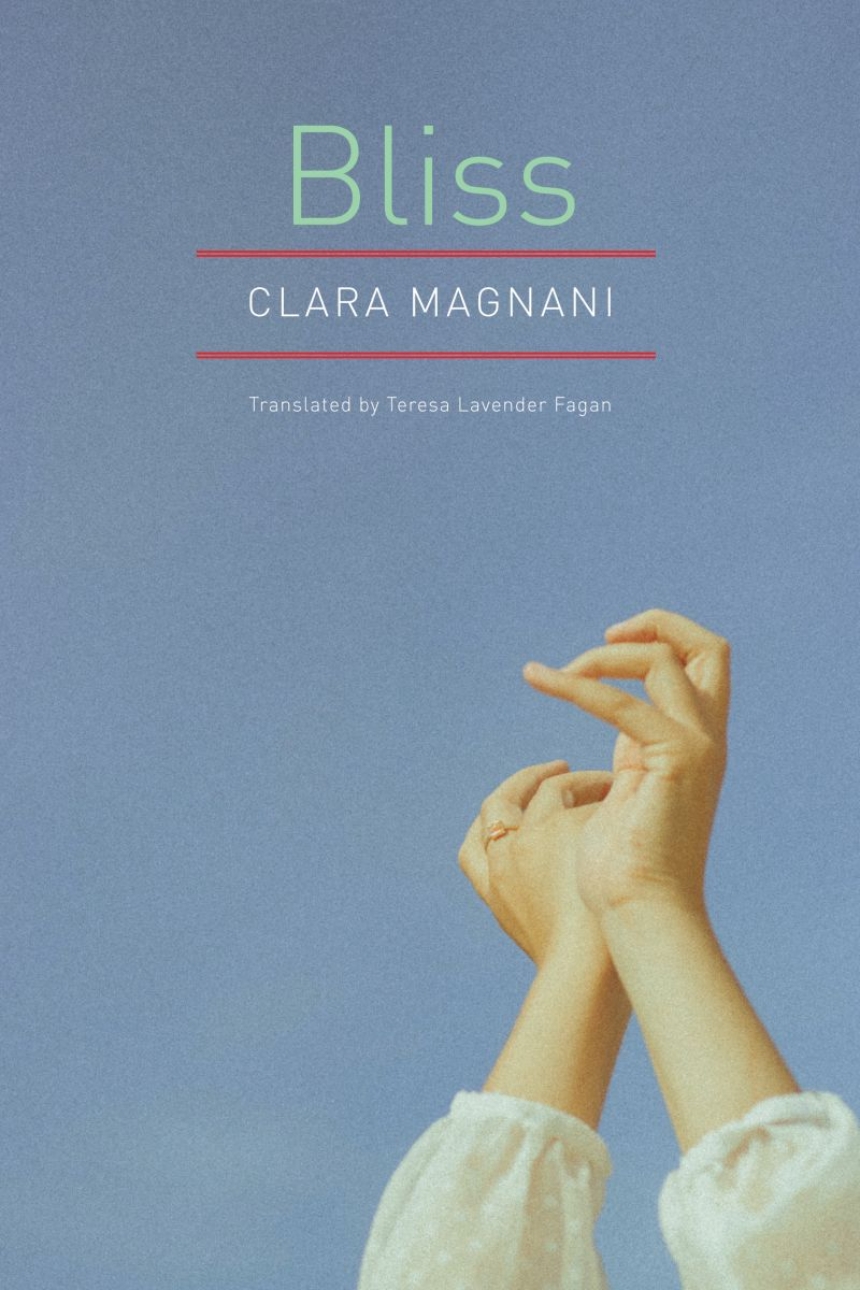 Translated by Teresa Lavender Fagan
An engrossing novel about love and grief that introduces an important francophone author to English-speaking readers.

Rome, 2014, late summer. While he is reading on his sun-drenched terrace, Giangiacomo’s heart stops. A quick, painless death—something he had always hoped for, his daughter, Elvira, remembers. A few days later, Elvira comes across an unfinished manuscript in her father’s flat. In it, she discovers a love story between Giangiacomo—Gigi, to his loved ones—and a Belgian journalist, Clara, which had been going on for over four years. Gigi’s manuscript tells of how their “mature love,” an expression that became code between Gigi and Clara, blossomed unexpectedly and of the happiness of their meetings, the abandon of their bodies, their laughter, the films they watched and rewatched together. As she struggles to cope with the loss of Gigi, Clara writes her own version of their story. Her “journal of absence” is first addressed to Gigi, then, gradually, to Elvira. She confides in the young woman on the threshold of adult life, with discretion and tenderness, describing the fullness of the hidden love she shared with her father.

2014. A sunny September morning. My father was reading when his heart stopped. Just like that, without warning. A heart attack. No pain. No chemo or paralysis. No need to beg a Swiss doctor for a euthanasia pill costing over ten thousand euros. That was exactly the way he wanted to go. He said: ‘Unbel morir tutta la vita onora.’— ‘a beautiful death honors all of life.’ I was happy for him.

It was the end of summer in Rome. He was wearing his favorite kimono. Plum-colored, with three yellow flowers. He had collapsed while sitting on the terrace of his apartment. There was a plate of apricots in front of him. Sweet. He had eaten only half of one of them. The cleaning lady called me, beside herself. I was the only person she knew in Rome. When I arrived, the record he had been listening to was still playing. Gould continued to play the Goldberg Variations as if nothing had happened. I put my hand on his face. He was smiling. His eyes were wide open. I closed them.

The police and the ambulance arrived shortly afterwards. The men shrugged. Nothing out of the ordinary. Nothing to clarify. Condolences. They said they were going to take away the body for postmortem formalities. Looking around him, one of the men whistled softly: ‘Non è male questo  posto. . .this place isn’t bad.’

I asked the cleaning lady to come back the following week. Then I sat on my father’s chair and cried. Bach, too, was sad. Why had he died now? His life hadn’t been easy at first. He had mild contempt for those he felt had been kissed by for-tune. He had me late in life. The final little girl, who could have been his granddaughter. But at seventy, he felt oddly closer to twenty-five-year-olds, people of my generation, than forty-somethings. They didn’t interest him. ‘Make money, as much as you can, as quickly as you can, on the backs of others—that’s their m.o.,’ he would say. ‘You, the younger ones, you know that the system is rotten, and you aren’t fooled. That’s already something.’

Giangiacomo. Gigi, as everyone called him, including my mother, Irma. I kept thinking about the expression on his face when I found him. Calm. So calm. His head lying on the table. He looked like he was resting. He had been rereading one of his favorite books, Quer pasticciaccio brutto de via Merulana by Carlo Emilio Gadda. The novel that he couldn’t make into a movie. ‘The greatest books resist film,’ he told me one day. I didn’t   agree. ‘What   about   Visconti? Il   gattopardo?   And Faenza’s I Vicerè?’ He didn’t answer. One day, however, one of his friends had the same debate with him. Il Gattopardo? I heard his response. He thought the film was a bit dolce.

Gadda was languishing on the ground, covered in ants. I shook it. Put it back on the table. Gigi had always encouraged us children to dive into the book. But he talked about it so much that I felt I already knew the story. That week, I read it. In one sitting. It was indeed un capolavoro. A masterpiece. Did I think that because Gigi wasn’t there anymore, and I missed him? Would I have been more critical while he was alive? Just for the pleasure of disagreeing? In any case, today, it didn’t matter. If only he could have lived another ten years. And to think that the walking corpse who doubles as the Pres-ident, is still alive in the Quirinale. Not fair.