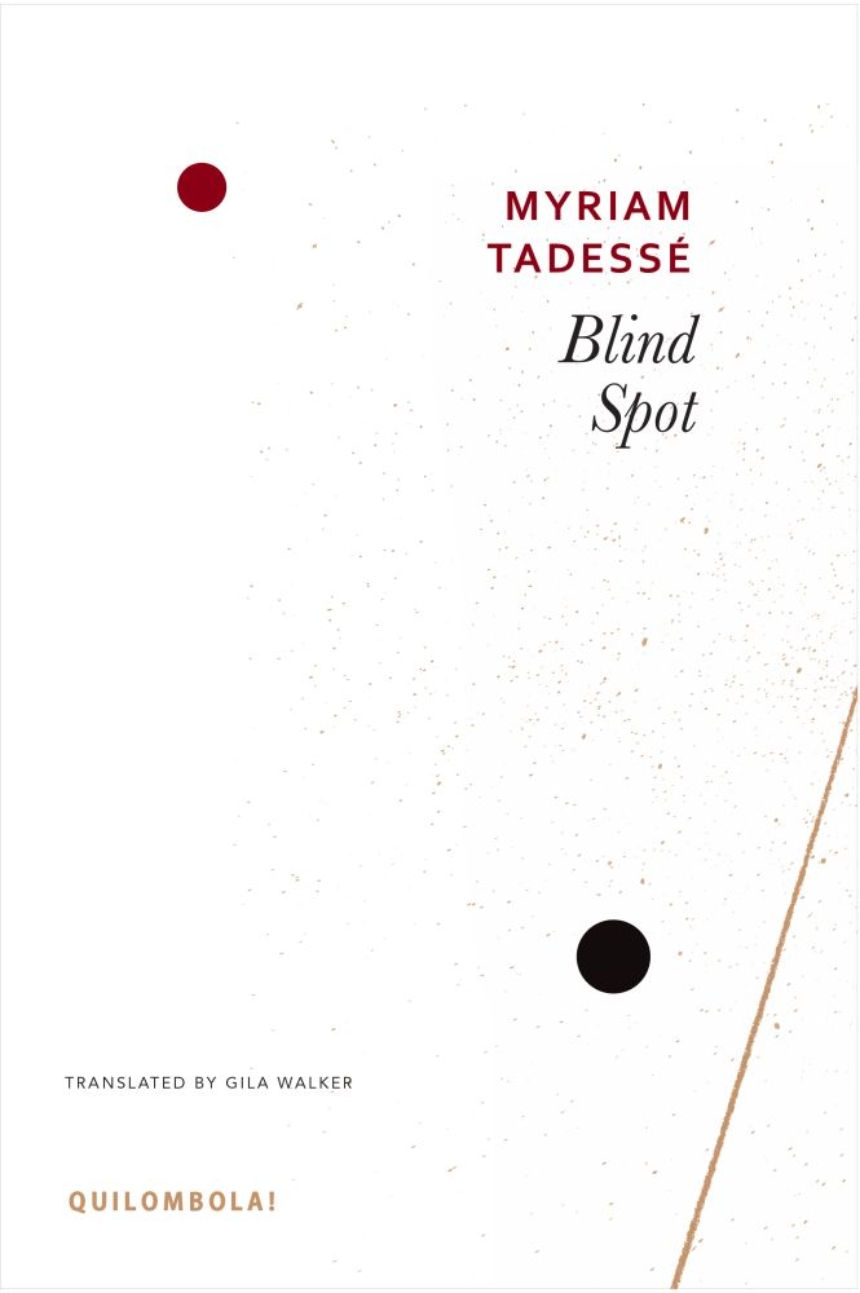 Translated by Gila Walker
Set in the entertainment world in France, this searing memoir explores the realities of being a mixed or biracial French citizen.

In Blind Spot, Myriam Tadessé exposes the difficulty, even the impossibility, for France to truly understand and celebrate the lived realities of mixed or biracial French citizens. What the French word métis—which translates to “half-breed” or “mixed-race”—hides is how central the notion of race actually is in a society that claims to repudiate it. The French film and theater world, in which Tadessé has made her career, appears unable to confront the individuality of the performers. They are required to correspond to categories—often based on race—that don’t allow for biracial identities. This classification not only contradicts France’s asserted ideals but also views as anomalies those who defy ethno-racial assumptions.

Drawing on her personal experiences as a biracial Ethiopian-French woman and her family history, Tadessé explores the realities of life for mixed-race individuals in France through her searing and honest memoir.

"Myriam Tadessé’s memoir combines formal innovation with a candid look back on her life and the harrowing experiences she’s had with discrimination in her chosen field—and in French society as a whole. Blind Spot feels like a distillation of its author’s life, and a powerful testament to her day-to-day reality."

"With damning acuity, Blind Spot exposes the cracks in the rose-tinted promise of French égalité, and reveals the darker underside of a country that, for all its Belle reputation, remains in thrall to the racial fixations of its colonial past."

1. Representation – Métis in the Eyes of the Other
2. At Home Where?
3. The Blind Spot
4. The Starting Point
5. Echo Chamber
6. The Way to the Self
Excerpt

April 1978. A young girl stands, ramrod straight in front of unfamiliar faces. They observe her in silence. ‘Let me introduce your new classmate.’ The principal’s voice reaches her from a distance behind her heart banging in her head. Whispers, some stifled laughter. It’s her coat, they must be laughing at the ugliness of this chequered thing that compresses her. She feels ridiculous, old-fashioned, held in. If only she could take it off, go sit with the others. Not be exposed to their mocking gaze. She’s scared, sweats from shyness, feels trapped in this room with its piss-yellow walls. There are bars on the windows, how horrid those bars, is this a prison or what, and the teacher, she’s dry and insipid, everyone looks drab, even the students, they all have the same greyish face, just like the windows looking out onto a grey that’s not even grey, a lack of colour everywhere, from floor to ceiling to the entrance gate, the street, all colorless. ‘She’s from Ethiopia,’ it feels weird to her to hear this word coming from the outside, when she always heard it inside her, in Amharic, and now it sounds like a foreign country, an abstract, distant entity, a lesson in geography, size-population-climate, an all-consuming over-there that defines it as away-from-here, but here, who is it? What does she know of countries, she doesn’t come from Ethiopia, she had to leave it, she comes from a family, a house, a city, a past torn to shreds. France, she doesn’t know either, Paris, yes, her grandmother and her aunt, yes, the imitation lace oilcloth on the table, macaroni with grated gruyere cheese, the Disney films she’d go to see on Christmas with her mother, the bouts of bronchitis because she was sure to catch a cold after a museum visit, the yellow of Van Gogh. Here, it was holiday time, a short stay, passing through, and now . . . Now it’s over. She can go sit down. Darkness.

Her   first   class   at   lycée   Jules-Ferry, Paris, eighteenth arrondissement, Place de Clichy Métro station. It’s snowing. Bell rings. The other students leap up, laugh, call out to one another, she stays seated. A boy pops up in front of her, a globe in his arms, thumps it down on her desk, puts Africa right under her nose and orders: ‘Show me! Where’s Ethiopia?’ Short, brown hair, the surly look of the very shy, but eyes sparkling with curiosity. She complies. He stares at the point with such concentration that she feels like he’s actually travelling across the country. Satisfied, he picks up the globe and disappears as suddenly as he’d appeared. Darkness.

The silent melancholy of a young girl in the spring light and the beginning of a friendship on the steps of the school. Fog.

Paris starts at the cinema. A beaming moon winks at me, a cloud turns into a razor blade and slices an eyeball, a Pierrot frantically calls his beloved as she’s swallowed up by the carnival crowd. I’m   submerged   in   a   stream   of   marvelous, terrifying, uncanny images. An unsuspected world opens up to me, calls me, sweeps me away. I want to be among them, to stay with these bold, fanciful characters, who play with their lives as if they were tossing balls in a juggling act. Light. The old man with a bald round head sitting next to me smiles at me. ‘It’s Marcel Carné,’ whispers my mother who came with me for this tribute to Méliès. My first evening outsince we came to Paris a few months ago. I owe it to a thoughtful lneighbour of my aunt, the grandson of Méliès. Champagne, petits fours and shows of respect. At thirteen, I may be young, but I know the misery hidden behind the decorative lights. This may even be the first characteristic of my métissage. This ability to see under the surface of people from here or there, being as I am part of here and there. Of both continents, social classes, worlds, time frames at once, I have a twofold gaze. Who knows, on that evening, for instance, and who cares, how the great Méliès’s grandson lives? People greet him, congratulate him for his precious contribution to the evening, he looks proud, happy, and yet . . . . What I see is the sadness in his eyes, the insecurity of an operetta singer from another time, another age, that no one listens to anymore, which is what leads him to have to walk through my aunt’s apartment every evening, when he’s not on the road, to get to his ‘maid’s room’, reiterating how sorry he is for the inconvenience. In the thick fog of those first months through which I move like a robot, it is to this gentle, shy, old man, with his beige overcoat and plaid scarf, that I owe my first dream of cinema and my first glimmer of hope. Ever since I’m here, living at my aunt’s, 58 rue Caulaincourt, not on holiday, not passing through on my way to Addis Ababa, but waiting to find a place to live, because there will be no going back, everything has become alien and distant to me. I’m somewhere else. An elsewhere of experience rather than of geography. The split caused by a revolution that shook up the course of my life and my outlook on the world around me.