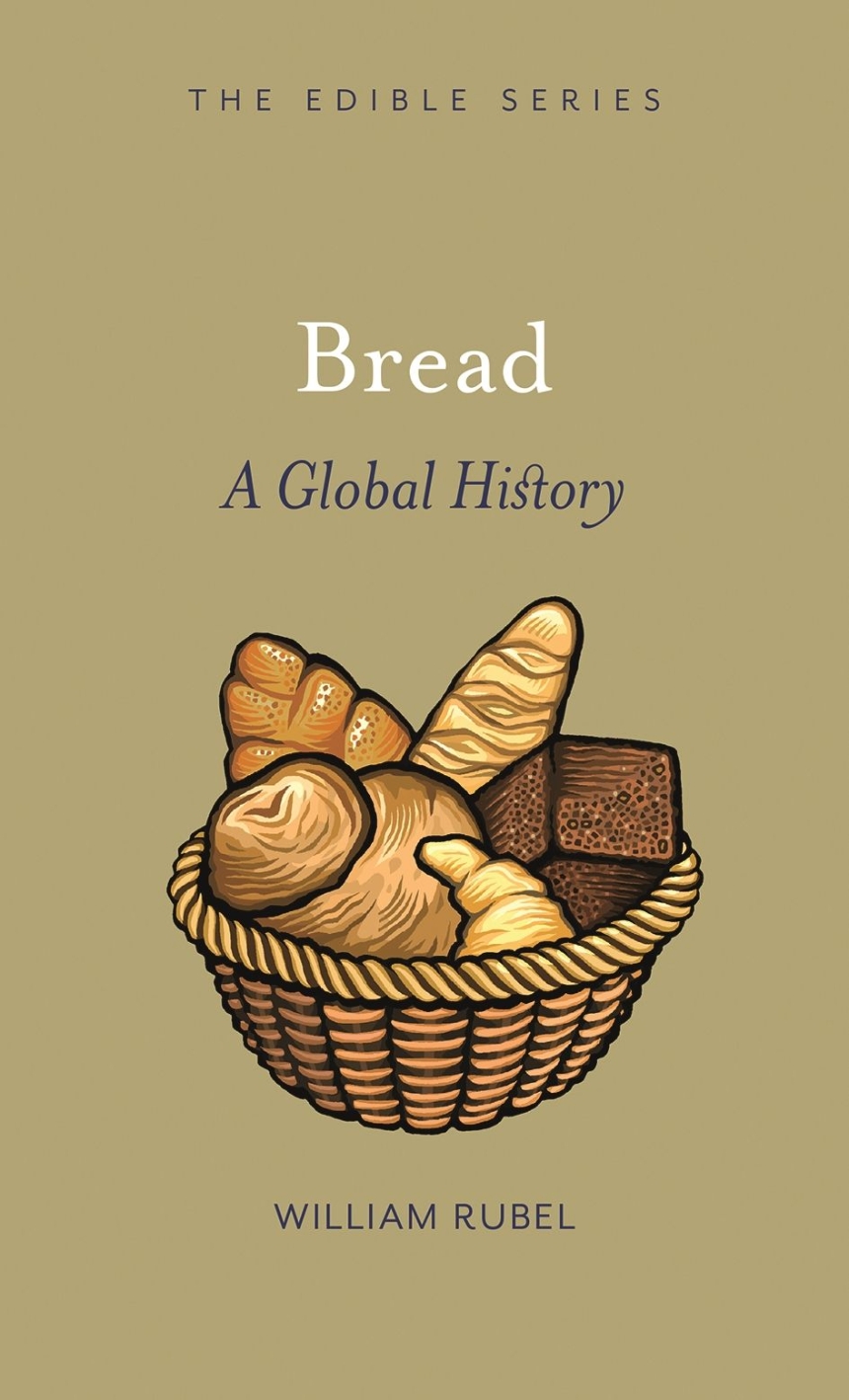 It is difficult to think of a food more basic, more essential, and more universal than bread. Common to the diets of both the rich and the poor, bread is one of our oldest foods. Loaves and rolls have been found in ancient Egyptian tombs, and wheat has been found in pits where human settlements flourished 8,000 years ago. Many anthropologists argue that the ability to sow and reap cereals, the grains necessary for making bread, could be one of the main reasons why man settled in communities, and even today the concept of “breaking bread together” is a lasting symbol of the uniting power of a meal.
Bread is an innovative mix of traditional history, cultural history, travelogue, and cookbook. William Rubel begins with the amazing invention of bread approximately 20,000 years ago in the Fertile Crescent and ends by speculating on the ways in which cultural forces and advances in biotechnology may influence the development of bread in the twenty-first century. Rubel shows how simple choices, may be responsible for the widespread preference for wheat over other bread grains and for the millennia-old association of elite dining with white bread. He even provides an analysis of the different components of bread, such as crust and crumb, so that readers may better understand the breads they buy. With many recipes integrated with the text and a glossary covering one hundred breads, Bread goes well beyond the simple choice of white or wheat.
Here, general readers will find an approachable introduction to the history of bread and to the many forms that bread takes throughout the world, and bread bakers will discover a history of the craft and new ways of thinking that will inspire experimentation.

“A fun, smartly written series appropriate for a popular audience that likes to eat . . . the Edible series books provide level-headed and enjoyable overviews of food culture . . . These will create a little library that any foodie will be proud to show off . . . aesthetically pleasing volumes with decent content that would make good presents.”

—Winterthur Portfolio, on the Edible series

“Through Rubel’s eyes, this seemingly simply category of food—a side to any dish and vehicle for any topping—tells a cultural history of humans from the center of the table. . . . Rubel clearly has a deep fascination for the world of bread, and will give a taste of that same fascination to readers.”

“A cute 150 page history of baking, from Mesopotamia to the present. . . . Neither too light nor total fluff.”

“Bread: A Global History is an informative and lighthearted book about our staff of life. The book is slender to the hand, but packed with history, facts, and stories. . . . Fascinating.”

“In discussing bread one can ‘find oneself talking about some of the largest issues of history and society,’ as William Rubel notes in his sprightly primer . . . [he] is well versed in early history and archaeology . . . engaging as well as controversial.”

1. The Early History of Bread
2. Bread as a Social Marker
3. Parameters of Taste
4. World of Bread: An Eccentric Travelogue
5. Bread in the Twenty-first Century