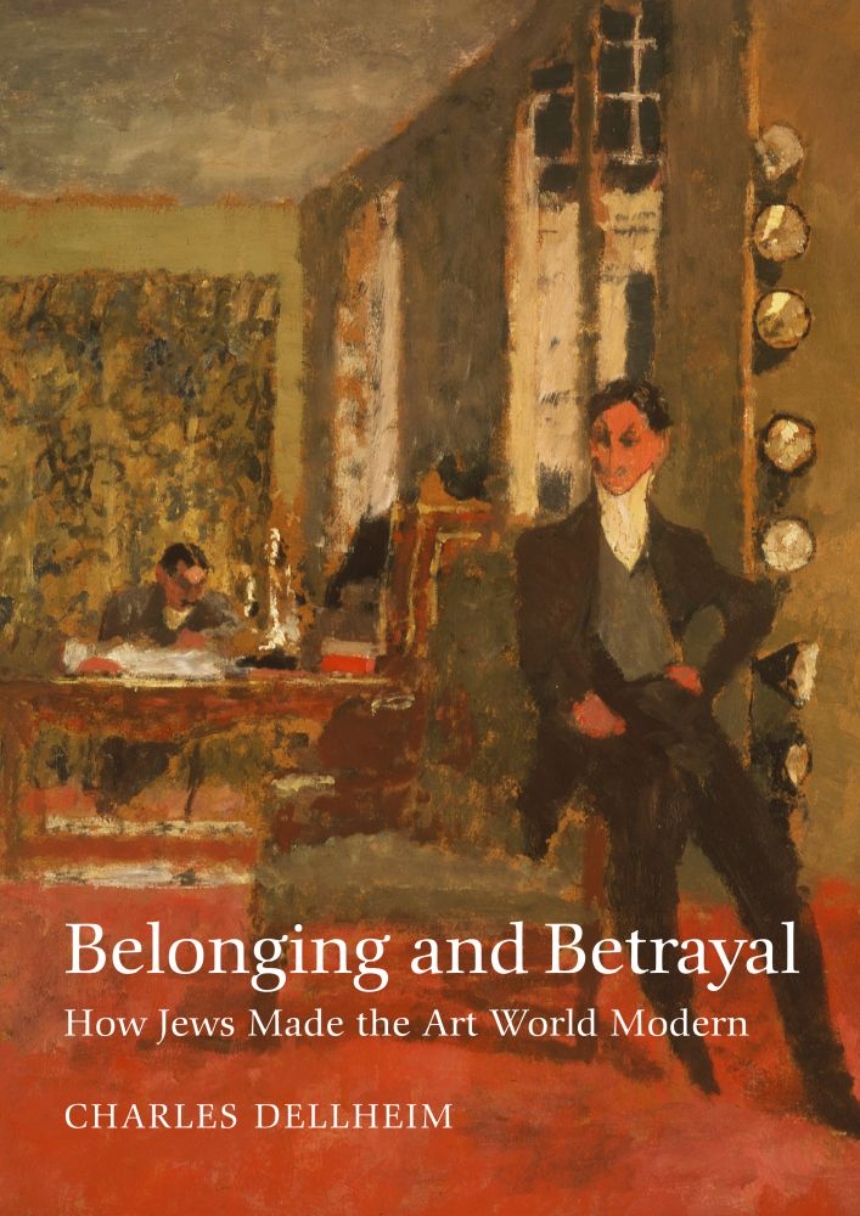 How Jews Made the Art World Modern

How Jews Made the Art World Modern

The story of dealers of Old Masters, champions of modern art, and victims of Nazi plunder.

Since the late-1990s, the fate of Nazi stolen art has become a cause célèbre. In Belonging and Betrayal, Charles Dellheim turns this story on its head by revealing how certain Jewish outsiders came to acquire so many old and modern masterpieces in the first place – and what this reveals about Jews, art, and modernity. This book tells the epic story of the fortunes and misfortunes of a small number of eminent art dealers and collectors who, against the odds, played a pivotal role in the migration of works of art from Europe to the United States and in the triumph of modern art. Beautifully written and compellingly told, this story takes place on both sides of the Atlantic from the late nineteenth century to the present. It is set against the backdrop of critical transformations, among them the gradual opening of European high culture, the ambiguities of Jewish acculturation, the massive sell-off of aristocratic family art collections, the emergence of different schools of modern art, the cultural impact of World War I, and the Nazi war against the Jews.

"(An) exceptional work of scholarship. A brilliant account of Nazi pillage and the ongoing efforts at restitution."

“A hefty, deeply researched book . . . A compelling portrait of the Jewish families who, unexpectedly, became arbiters of taste in Europe, beginning in the late 19th century and ending with Nazi plunder. Read if you’re into: thinking about art history, Jewish history and where they intersect.”

"Readers of Dellheim’s book will learn more about the history of modern art and European cultural history during times of upheaval and turmoil. Those who enjoy history and art history will enjoy this deep dive.”

"In the book, Dellheim writes about dealers of Old Masters, champions of modern art, and victims of Nazi plunder, sharing the epic fortunes and misfortunes of those eminent art dealers and collectors who, against the odds, played a pivotal role in the migration of works of art from Europe and Britain to the United States."

“A comprehensive tale of the artwork that appeared throughout Europe and then was absconded with in one of the largest heists ever. The various characters featured in this fascinating account hustle, sell and backstab."

"With its twists and turns, Dellheim’s book reads like a Realist novel. Despite the seriousness of its subject matter, it is a thrilling read, divided into wittily titled sections… The book is a veritable tour de force and an outstanding addition to scholarly research on art, Modernism, and Jewish studies."

"Belonging and Betrayal seeks to explain how Jews found significant, if precarious, success in the European art world... [It] reveals the complex negotiations, spoken and unspoken, that structured social, economic, and political life for Jews in late nineteenth- and early twentieth-century western Europe."

"Dellheim's 600-plus-page tour de force [is] well-illustrated with paintings that its cast of characters collected and sold... [and] primary sources that reveal the extent of Nazi looting..."

"a wonderful achievement, beautifully written, a magnificent work of art in itself, a fabulous book.”

"European Jews on a fairly considerable scale drifted into the visual arts world as collectors and dealers in the 19th century and became, against all odds, arbiters of taste. Once regarded as outsiders on the margins of high culture, they were suddenly thrust into positions of prestige and influence. Charles Dellheim, a professor of history at Boston University, charts their entry into this field in his masterful and magisterial book, Belonging and Betrayal: How Jews Made The Art World Modern, published by Brandeis University Press....Dellheim has written a highly readable, substantive and engaging account of the entry of Jews into art. It may well be the definitive work on this topic."

"Dellheim’s rich, deeply engaging, compulsively readable study .... combines business history, social history, and cultural and intellectual history, offers a fresh and exciting approach to ethnic studies that moves far beyond the three dominant paradigms... .If we are to truly understand the history and nature of group prejudices, the structural and systematic barriers to success, and collective strategies for economic advancement and civil rights, let’s resist the temptation, at the gen ed level, to relegate the study of ethnicity to distinct enclaves. Inclusive, comparative, and historical perspective are essential."

"Belonging and Betrayal is a brilliantly etched portrayal of the family firms that maneuvered, battled, adapted, persevered, and prospered over decades and centuries. What underlies all of Charles Dellheim’s painstaking research lies a loving devotion to the subject matter. That means, above all, that his discussion of cultural and aesthetic matters rests on a bedrock of economic and business history. The element so often missing from studies of Jewish participation in Western culture here properly takes center stage. In this masterwork, Dellheim shows how to understand the business of culture."

"Dellheim’s book is the first to present a collective portrait of the businessmen – and occasionally businesswomen, like Berthe Weill – who thrived in fashionable and avant-garde circles. ...This is a huge work of historical synthesis, which manages to weave together an enormous cast of characters and locations with flair and sympathy."

"This is a magisterial book. Wide-ranging yet closely focused, detailed yet suspenseful, it should be required reading for all who make art or collect it. Gracefully written and sumptuously illustrated throughout, Belonging and Betrayal is an important--even indispensable--contribution to the field."

"A major contribution to understanding a profound Jewish goal to belong and succeed, only to be betrayed by willful acts by Nazis and their collaborators. This impressive book will engage you, surprise you, anger you, and above all, enrich you."

"Brilliantly evocative and deeply researched, Charles Dellheim’s Belonging and Betrayal is a superb addition to the ongoing discussion on art ownership, theft, and restoration."

Part IV. To Have And Have Not
18. Artful Jews
19. Artless Jews
20. Next Year in Paris?
21. After the Fall
22. The Dispossessed
23. The Exiles and the Kingdom
Epilogue: A Crack in Everything
Excerpt

During and after the Nazi era, ignorant or unscrupulous individuals, institutions, and governments acquired despoiled works of art. it evidently was difficult for dealers, collectors, museums, and European states to resist the sudden availability of a bonanza of old and modern masterpieces. if some knew or suspected that gaps in wartime provenance signaled that they might be buying looted objects, others had little or no idea that there was anything wrong with their purchases.

The fate of pillaged Nazi art has become a cause célèbre—a problem to be solved as well as a story to be told. the realization that countless paintings, drawings, sculptures, and objects d’art were never returned to their owners, or their heirs provoked justified outrage. rarely did months ago by at the turn of the twenty-first century without articles in the press about the discovery of plundered art and bitter disputes about ownership. it seemed that no more major revelations would take place. then, in February 2012, German authorities seized over 1,400 objects valued at approximately $1.4 billion, including works by Matisse, Picasso, and Chagall that had been confiscated by the Nazis from the Munich apartment of eighty-year-old Cornelius Gurlitt.  His father, Hildebrand Gurlitt, had been ousted by the Nazis from his position as a museum director because they considered him “one quarter Jewish,” but they had authorized him to buy and sell “degenerate”—which is to say, “modern”—art.

Family history, art history, and political history collided in battles over Nazi-stolen art. such cases raise complicated legal and moral questions regarding the rights of various parties and the responsibilities of persons, museums, and governments to survivors or their heirs. there is good reason to welcome the long-delayed restitution of Nazi-stolen art, most famously the return of Gustav Klimt’s Portrait of Adele Bloch-Bauer I (1907) to its rightful heirs. Even so, the danger of dwelling on the darkly enthralling story of theft and murder—how Nazis stole the art collections of Jews, along with many of their lives—is that it can obscure a compelling historical question: How did certain European Jews acquire so much great art in the first place, and what does this reveal about the Jewish encounter with modernity? this is the untold story of Nazi-stolen art.

This Book sets out to reframe our picture of Nazi-stolen art. it does so by turning the story on its head: taking the true measure of dispossession is only possible when we grasp what art meant to the dealers and collectors who loved and lost them. “Even when one is no longer attached to things, it’s still some-thing to have been attached to them; because it was always for reasons which other people didn’t grasp.” thus Charles Swann observes in Marcel Proust’s in Search of Lost Time. grasping these reasons entails delving into the story of how certain Jews became art dealers and collectors, what art meant to them, what impact their activities had on art and society, and, finally, how these people were regarded, received, and treated.

This book sets the protagonists’ stories against the backdrop of the broader changes that affected their fortunes and transformed art and society. among them were the gradual opening of high culture; the dynamics of assimilation, acculturation, and antisemitism; the decline of the landed classes and ascent of a new capitalist elite; the cultural impact of the “great war”; and the Nazi war against the Jews. 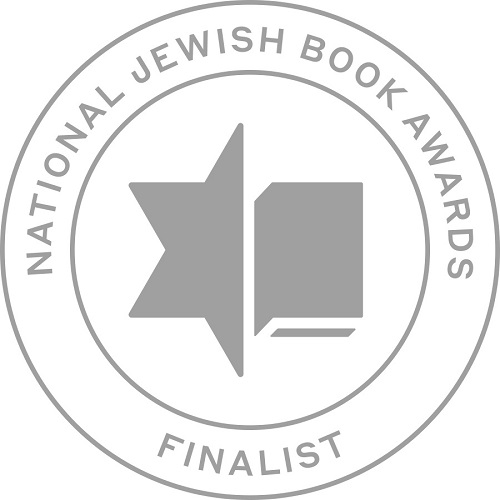