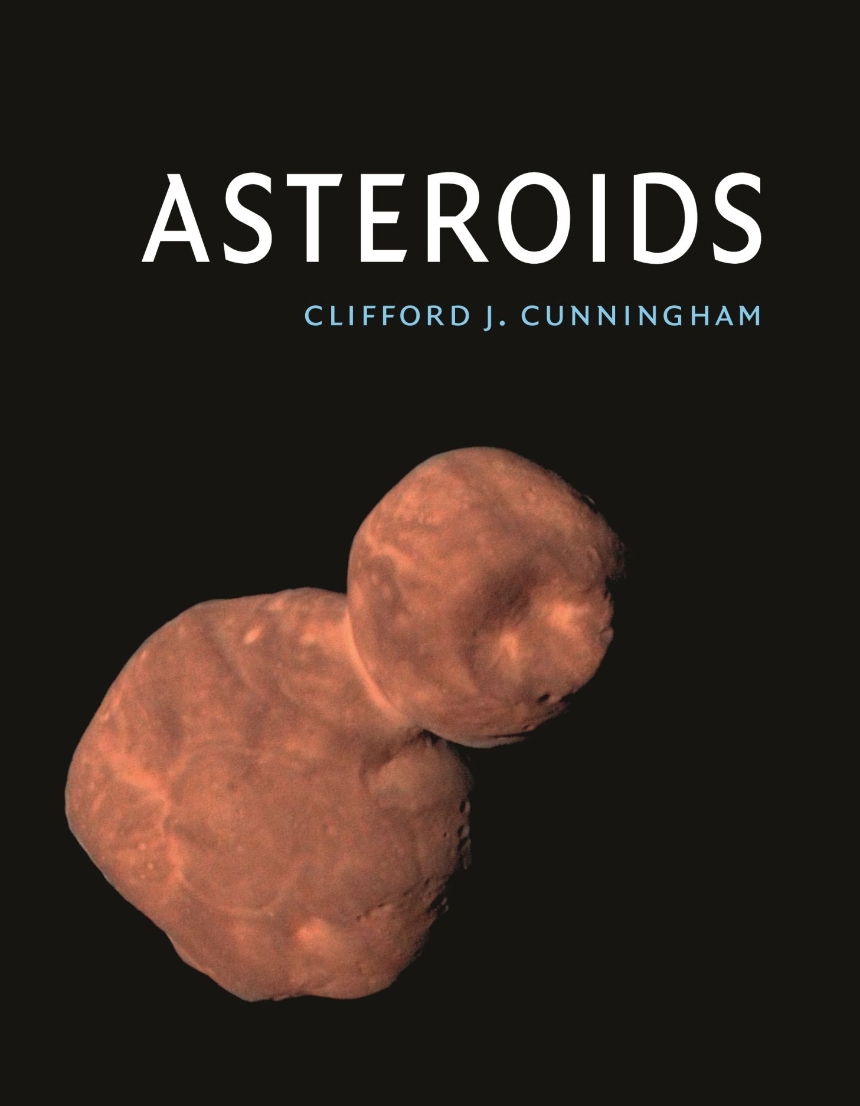 Grounded in historical studies of asteroids from the nineteenth century, Asteroids is a fully up-to-date view of these remarkable objects. Without resorting to any technical diagrams or mathematics, Clifford J. Cunningham shows that asteroids are not just rocks in space, but key to understanding the life and death on Earth of both animals and humans. From space missions to the asteroids’ starring role in literature and film, Cunningham precisely and entertainingly looks at the place asteroids have in our solar system and how they affect our daily lives.

"This quintessential guide to asteroids, filled with informative photographs and other illustrations, is a must-read for those interested in the evolution of our solar system and the astrogeology of our planet."

"Cunningham provides a concise and accessible overview of asteroids, how they were first discovered (Ceres in 1801, now reclassified as a dwarf planet), where they come from, how they might impact Earth and other celestial objects, and an outlook on future missions to study them. The book is rounded out with an interesting chapter on asteroids in popular culture (the film Armageddon is one such example) and some more forward-thinking approaches to asteroids (like their potential as mining sites). Cunningham finally provides an appendix suggesting ways that the reader, be they a science student or a science enthusiast, could engage with asteroids, from doing field trips to craters, to using telescope data, or even collecting stamps!"

"Asteroids is an insightful read, providing an overview of the field in an engaging format that is testament to both the skill and authority of the author."

"Asteroids is a readable and attractively bound monograph on quality paper with excellent illustrations. It features an index, spare notes, and a selective bibliography. It also contains an appendix titled ‘Engaging with Asteroids’ in which Cunningham outlines backyard astronomy projects for observing and studying asteroids in more depth."

"This new book by astronomer and asteroid fanatic Cunningham is an all-in-one reference work about the unique heavenly bodies... Particularly interesting are the last two chapters, which describe asteroids in popular culture and recent unmanned missions that have returned asteroid samples to Earth."

“We have conscripted asteroids into video games and transformed them into exotic landscapes through space exploration. At first we didn’t know what to call them, and then we named them after ancient gods, close relatives, and the Beatles. Here Cunningham, the expert on asteroid history, conducts us from a time only a little more than two centuries ago, when no one knew asteroids exist, to now, when many know the dinosaurs were done in by one asteroid and wonder whether another might have our name on it. Cunningham has mined the asteroid belt to tell us the whole story of these small but compelling worlds—where they are, what they are, and what they mean for us.”

“The most engaging book that I have ever read on asteroids. The book covers every major topic and should be on the shelf of every person interested in asteroids.”