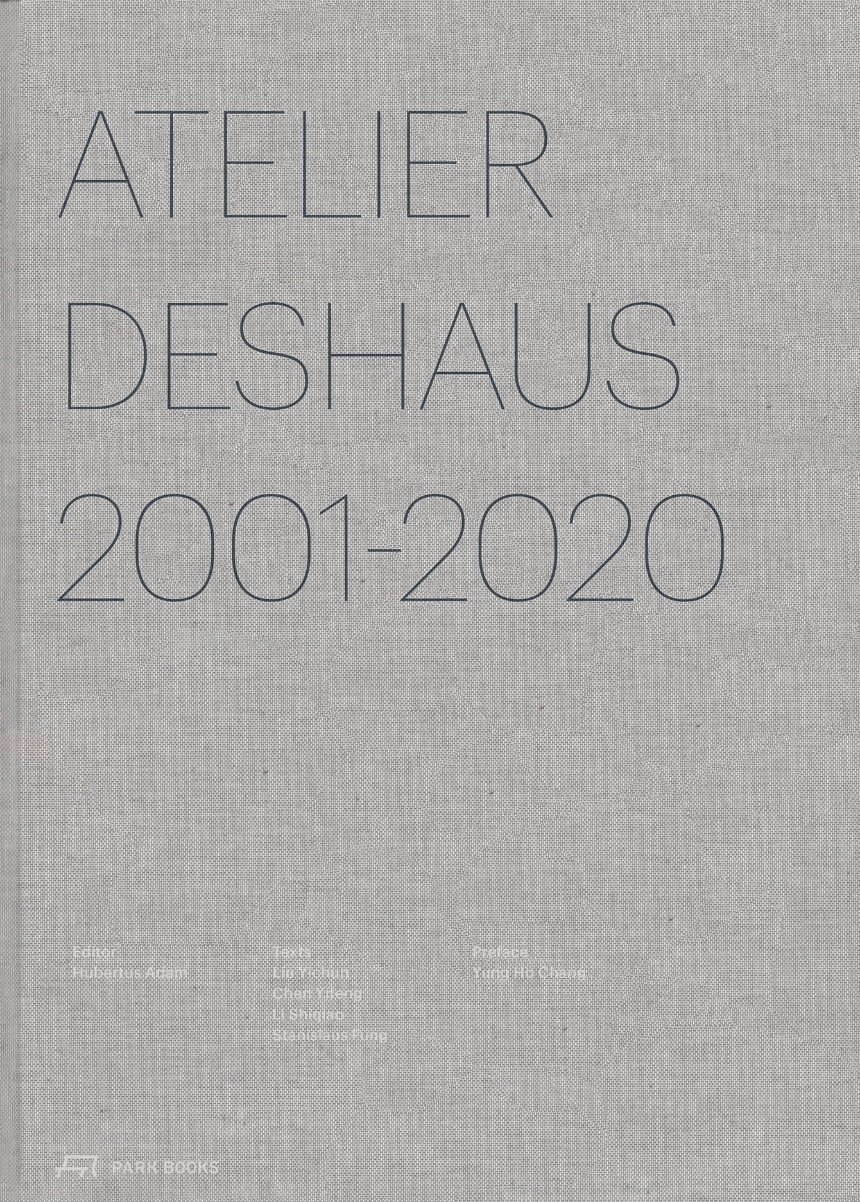 Shanghai-based Atelier Deshaus, founded in 2001 as one of the first private architectural firms in China, is also one of the country’s most distinguished and innovative design studios. The firm made its name worldwide in 2014 with the much-acclaimed West Bund site for Shanghai’s Long Museum, which has since been followed by a series of further museum and other art-related projects. Such cultural and community buildings of various scales are the main focus of Atelier Deshaus, who deliberately eschew the usual commercial construction tasks in China. Their strong buildings are developed from reading the sites with special attention paid to the preservation of Shanghai's industrial heritage after decades of a tabula rasa policy in the city’s urban development.

At the core of this book are Atelier Deshaus’s twenty most important designs from 2001 to 2020. They are documented in rich detail through plans and images as well as concise explanatory texts by the architects. In an extensive conversation with Hubertus Adam, the firm’s principals Liu Yichun and Chen Yifeng offer insights into their way of thinking, their understanding of Chinese tradition, their relation to art, and the challenges of working as a nongovernmental office in China. Additional essays place Atelier Deshaus in the context of contemporary international architecture and discuss their key projects with regards to constructive qualities and atmosphere. Lushly illustrated, Atelier Deshaus: Architecture 2001–2020 offers deep insights into the contemporary Chinese architecture scene.