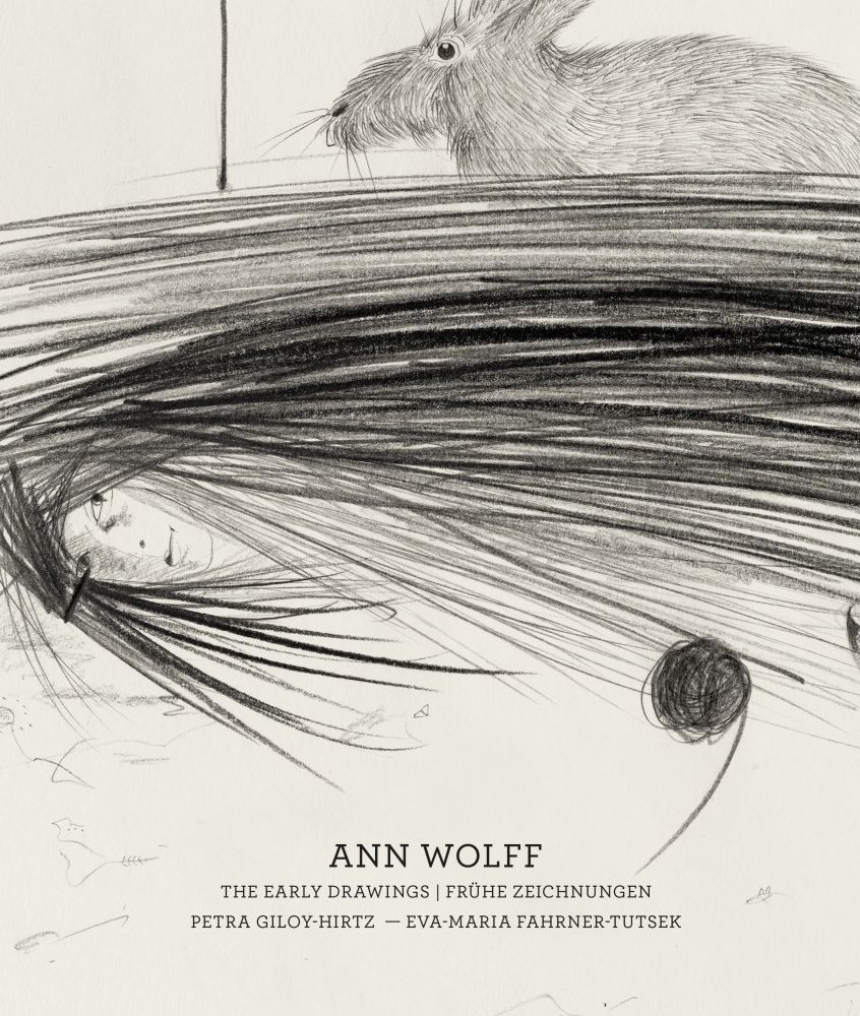 The German-Swedish artist Ann Wolff is a pioneer of the studio glass movement in Europe. Born in Lübeck in 1937, she has achieved international fame for her sculptures, which are mainly created with glass. But Wolff is also talented at drawing and has long considered it an important part of her artistic process. Wolff recently donated 130 previously unpublished drawings to the Alexander Tutsek-Stiftung, a nonprofit foundation and museum in Munich. Sixty of those works are now presented in this volume, representing the artist’s output between 1981 and 1988.

The works, executed in pencil on paper, focus on a female figure seen in reflections and duplications, sometimes surreal and whimsical, presented in connection with other figures including men, children, and animals. The pictures reveal their narrative potential as investigations of the female self during an age of changing feminist thought. The themes and motifs of these drawings serve as a template for Wolff’s later sculptural works, making this collection a valuable resource on the artist’s oeuvre.