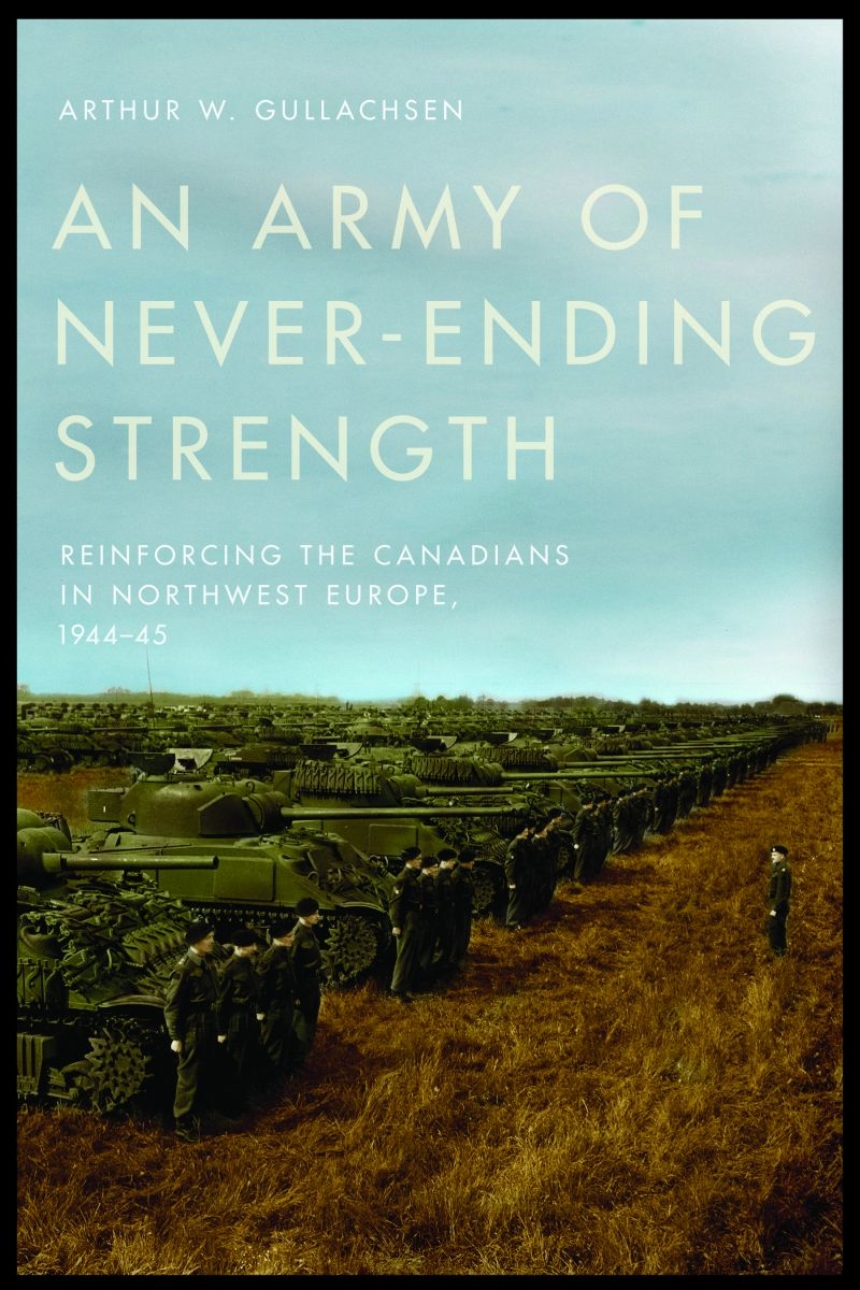 An Army of Never-Ending Strength

Reinforcing the Canadians in Northwest Europe, 1944–45

An Army of Never-Ending Strength

Reinforcing the Canadians in Northwest Europe, 1944–45

A survey of the remarkable logistical abilities of the Canadian Army during World War II, now in paperback.

As Canadians battled through Northwest Europe in the Second World War, how did they reinforce their frontlines? An Army of Never-Ending Strength provides detailed insight into the administration, structure, and troop and equipment levels of the First Canadian Army during 1944 and 1945. Captain Arthur W. Gullachsen demonstrates the army’s effectiveness at reinforcing its combat units and draws a powerful conclusion. The administrative and logistical capability of the Canadian Army, he shows, created a constant state of offensive strength, which made a marked contribution to eventual Allied victory.

Gullachsen shows how the Canadian Army constantly regenerated its fighting power through prompt replacement of men and weapons lost during the brutal battles for the liberation of Europe in 1944–45. He has mined a wealth of information buried deep in the archives to tell a story essential to understanding how the Canadian forces crushed a supremely tenacious enemy.