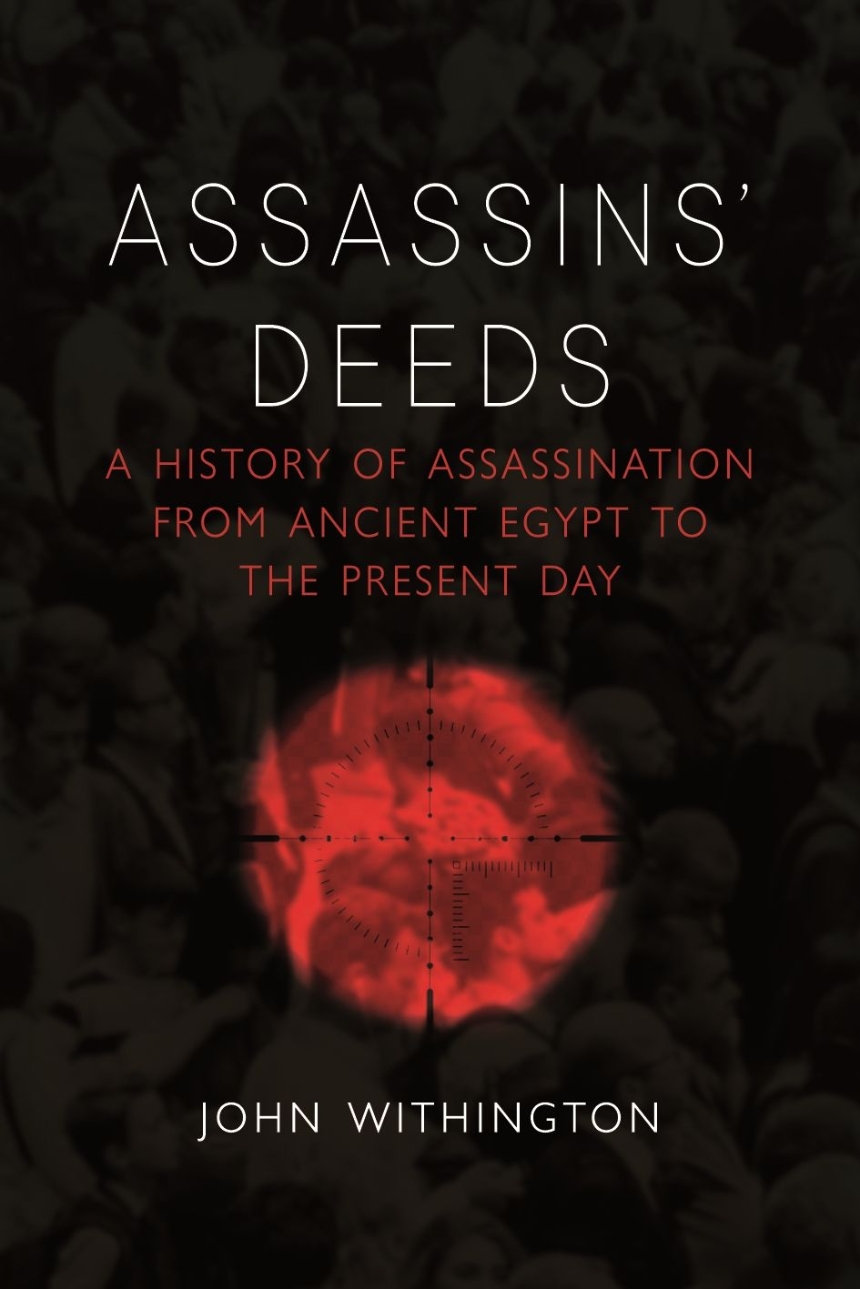 A History of Assassination from Ancient Egypt to the Present Day

A History of Assassination from Ancient Egypt to the Present Day

Assassins have been killing the powerful and famous for at least three thousand years. Personal ambition, revenge, and anger have encouraged many to violent deeds, like the Turkish sultan who had nineteen of his brothers strangled or the bodyguards who murdered a dozen Roman emperors. More recently have come new motives like religious and political fanaticism, revolution and liberation, with governments also getting in on the act, while many victims seem to have been surprisingly careless: Abraham Lincoln was killed after letting his bodyguard go for a drink. So, do assassinations work? Drawing on anecdote, historical evidence, and statistical analysis, Assassins’ Deeds delves into some of history’s most notorious acts, unveiling an intriguing cast of characters, ingenious methods of killing, and many unintended consequences.

“Death has long stalked the halls of power, and this overview of the murders of the famous and important stretches back to the ancient world. Exploring what such killings tell us about the society and politics of each era, it offers a litany of humanity's darker sides—ambition, greed, and lust for control. Studded with necessarily grisly case studies, it's leavened by a final section on those who got away.”

“History is studded with infamous moments in which the rich and powerful met untimely ends—and this book charts the methods and motivations of those who have meted them out. It's arranged chronologically, taking in everything from the Ides of March, the day on which Roman dictator Julius Caesar was assassinated in 44 BC, right through to the horrors of modern terrorism.”

“Good King Wenceslaus looked out, the carol states, on the Feast of Stephen. For the noble name-checked in the song, taking up an invitation to a Saints Day banquet from his brother did not end well. The Bohemian noble was brutally assassinated, hacked to pieces by his sibling’s henchmen after dinner. Wenceslaus’s story, along with more than 300 others, are retold by author Withington in a comprehensive, chronological history of this particular form of murder.”

“In this fast-paced survey, Withington catalogs recorded assassinations from ancient times to the present day. . . . Withington meticulously describes the background, motivation, and method of each killing, which keeps the book interesting. He raises provocative questions about whether assassinations make much of a political difference and about the morality of eliminating leaders as an alternative to wider, bloodier conflicts.”

"As Withington observes in Assassins’ Deeds, his detail-rich study of the form from ancient times to the present, more often than not the best-laid plans of would-be history-changers go unrealized, as the new tends to replicate the old and the iron law of unintended consequences does its grim work... Impressively researched and engagingly narrated, Assassins’ Deeds will likely stand as the definitive treatment of its subject for years to come."

"Like Shakespeare himself, Assassins’ Deeds offers us a stage memorably strewn with the most distinguished of corpses. ‘Bloody instructions’ (as Macbeth called them) are certainly to be found here in abundance. But there are also wise words about how often incompetence and unintended consequences derail the best laid plans. Assassination, Withington instructs us in entertaining style, is no exact science. A messy tale: and a haunting one."