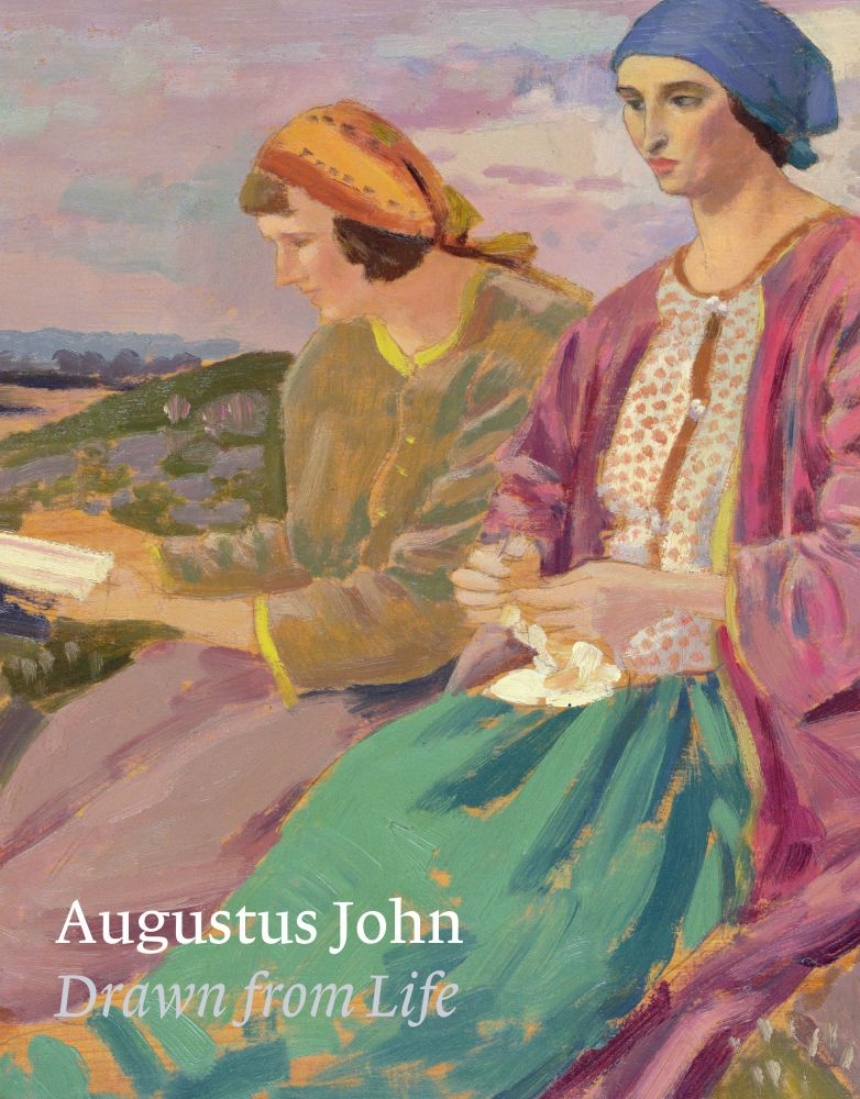 Despite achieving extraordinary fame in his lifetime, when he was widely considered to be one the greatest living British artists and his drawings were thought by John Singer Sargent to be amongst the finest seen since the Renaissance, Augustus John has grown increasingly obscure. Augustus John: Drawn from Life seeks to restore this remarkable artist to his rightful place in the canon of British Art. In the first three decades of the 20th century Augustus John (1878–1961) was widely considered one of the greatest living British artists, famous almost as much for his extraordinary Bohemian lifestyle as for his outstanding portraits, etchings and drawings. John was born in Wales in 1878 and educated at the Slade School of Art in London in the 1890s, where the onus of teaching was on the daily life class and a close study of the Old Masters. He soon emerged as a wonderfully gifted draughtsman – indeed, the American painter John Singer Sargent would declare that John’s youthful drawings were amongst the finest seen since the Renaissance. Dividing his life between England, Wales and France, and reaching his prime in the years immediately before the outbreak of the Great War, by 1910 John would be likened to a British Gauguin, a Welsh Post-Impressionist using bold colors and a willfully naïve and primitive style to explore the complex combination of romanticism, escapism and alienation engendered by 20th-century life. The great American collector John Quinn considered John and his sister Gwen key European artists, and his work would be included in the influential Armory Show in New York in 1913. After the War he would become Britain’s leading society portraitist, earning a fortune in commissions – though it was his more personal paintings of friends, lovers, family and fellow artists and writers such as W.B. Yeats, T.E. Lawrence, Dylan Thomas, Ottoline Morrell and his muse/mistress Dorelia McNeill that best revealed his great talents. Published to coincide with exhibitions at Poole Museum in Dorset in the summer of 2018 and at Salisbury Museum in Wiltshire in the summer of 2019, Augustus John: Drawn from Life reexamines the life and work of this significant but increasingly overlooked British artist. Focusing on around sixty works drawn from private and public collections, including the Tate, the National Portrait Gallery and the National Museum of Wales, the book will offer new insights into John’s life and development as an artist from the late 1890s to the outbreak of the Second World War.