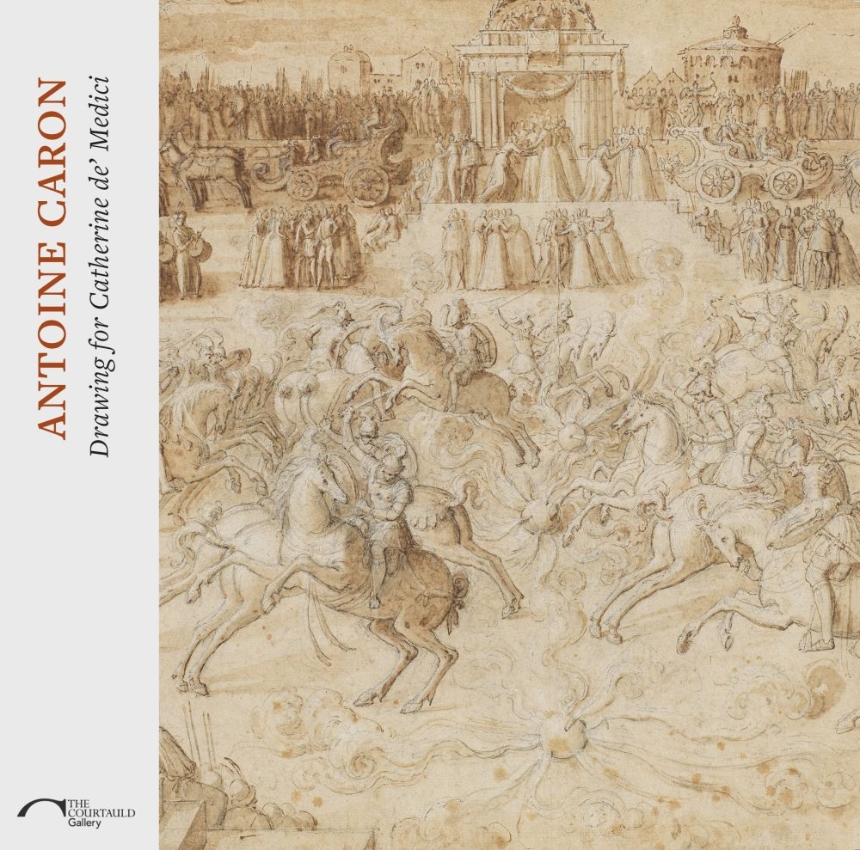 With Contributions by Dominique Cordellier and Frédéric Hueber
9781911300380

With Contributions by Dominique Cordellier and Frédéric Hueber
This catalogue accompanies an exhibition at The Courtauld Gallery, which is the first dedicated to the graphic oeuvre of Antoine Caron (1521–1599). Bringing together a core group of drawings centered around the figures and deeds of the French Royal family, the Valois, this display highlights the role played by Catherine de’ Medici (1519–1589). Featuring the Valois series, a set of drawings here reunited for the first time, the display showcases the way in which the powerful and influential Catherine promoted the success of her regency and future of her progeny by delivering a series of lavish courtly events that were meant to enhance the power and diplomacy of her family. The drawings represent jousts, tournaments, festivals and a mock naval battle, events that occurred at the French court during the reigns of Catherine’s sons Charles IX and Henri III. Preparatory designs for a group of tapestries, these visual documents relate to actual events that were organized by the court, some of which took place at the French castles of Anet, Palace of Fontainebleau, Bayonne and at the Tuileries Gardens in Paris. Minutely designed, they thus allow a reconstruction of the visual testimony of those events, as they were documented in written contemporary sources. Antoine Caron: Drawing for Catherine de’ Medici is the latest in a series of books accompanying critically acclaimed Courtauld displays, which showcase aspects of the Gallery’s outstanding permanent collection.