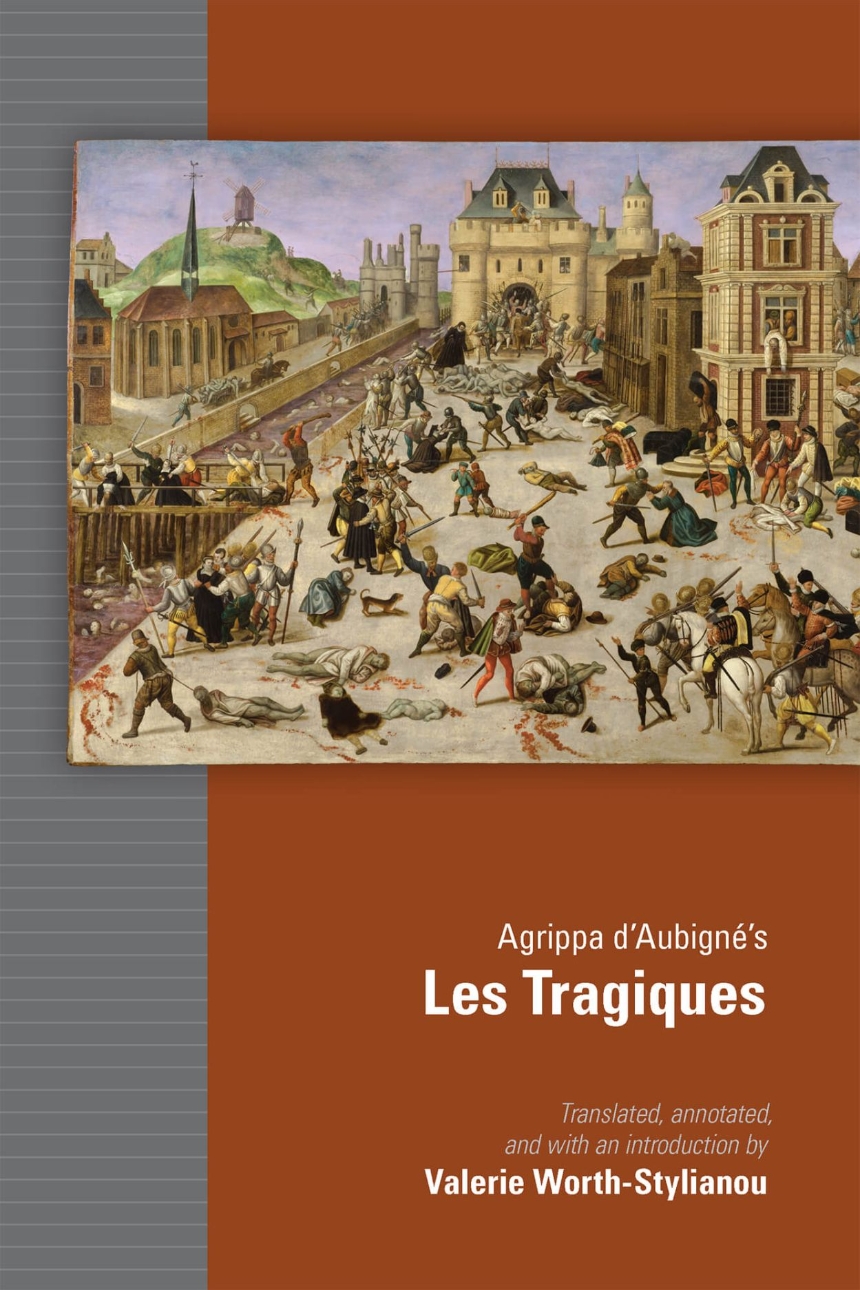 Agrippa D’Aubigné’s remarkable epic poem, Les Tragiques, was composed in France in the 1570s, and first published in 1616 in Geneva. It sets the recent sufferings of the Protestants in the French Wars of Religion within the overarching context of God’s eternal plan for his chosen faithful. Recording the bitter story of the defeated party, the poet movingly combines depictions of a devastated country, vivid tableaux of the worst atrocities of the Wars, and satirical attacks on leading political and religious figures. As he narrates a story which he believes must not be forgotten, d`Aubigné develops an innovative style that deliberately challenges conventions. This is a work of pure baroque, a pearl of irregular shape, making a unique appeal to both the senses and the intellect.

The complete work has never previously been translated into English. Valerie Worth-Stylianou’s translation of the entire text is accompanied by her illuminating introduction and detailed critical notes. This English version will interest scholars and students of early modern political, social and religious history and of comparative literatures, as well as all readers looking to understand how literature seeks to mediate the pain of partisan struggles.

Translated, annotated, and with an introduction by Valerie Worth-Stylianou

List of Illustrations
Translator’s Note
Acknowledgments
Conventions and Abbreviations
•
Introduction
1. Summary of d’Aubigné’s Life
2. The Composition and Publication of Les Tragiques
3. The Work’s Reception in France and in England: 1616 to the Present
4. The Title and the Definition of Genre
5. The Structure of Les Tragiques
6. D’Aubigné’s Poetic Style

Comparison of Manuscripts and Published Editions
Summary of Les Tragiques
•
Les Tragiques
Prefaces:    To the Readers
Two Sonnets by Daniel Chamier
Sonnet by Anne de Rohan
Preface. The Author to his Book
I – Sufferings
II – Princes
III – The Gilded Chamber
IV – The Fires
V – The Swords
VI – Vengeance
VII – Judgement
Concluding Texts: To the Reader
Over France which has been delivered
The Printer to the Reader
•
Chronological Tables
Bibliography
Indexes