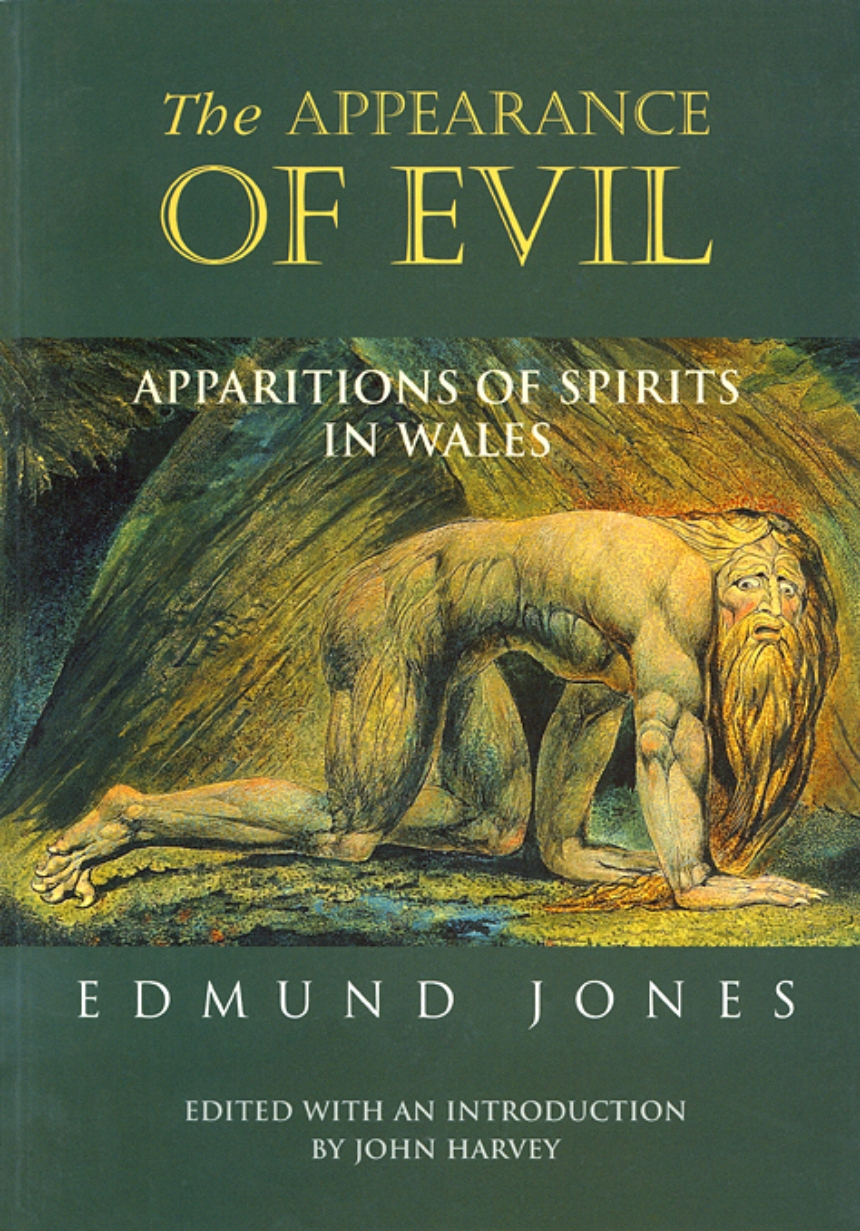 The Appearance of Evil

Apparitions of Spirits in Wales

The Appearance of Evil

Apparitions of Spirits in Wales

Edited with an Introduction by John Harvey

Edmund Jones (1702–93) was a Welsh Independent minister, Calvinist, visionary, prophet, topographer, and religious historian. Like many Protestant Reformers and Puritan divines before him, Jones was fascinated by the occult. Throughout his life he amassed what he believed to be convincing evidence for the existence of good and evil apparitions (including ghosts, demons, fairies, witches, angels, and giants) and of the ‘invisible world’.

The Appearance of Evil: Apparitions of Spirits in Wales contains the testimonies of many witnesses to supernatural encounters in seventeenth- and eighteenth-century Wales, from abductions by fairies, and appearances of ghosts, devils and witches, to poltergeist activity. The stories here evoke a spiritually dark landscape in which the malevolent dead and damned wander, and present a fascinating insight into how the eighteenth-century visualized the spirit world.

This new edition presents Jones’s narratives in an up-dated and accessible form. John Harvey has collated Jones’s second book of apparitions, published in 1780, along with the text of an earlier but now lost volume on the same subject, and material from Jones’s 1779 study of the parish of Aberystwyth. Together they represent the most comprehensive compilation of Jones’s relations of apparitions ever before published.

“ . . . an excellent introduction by John Harvey, of ghosts, demons, fairies, witches, angels and other manifestations of the ‘invisible world’, . . . for folklorists, this book is essential reading.” –Cambria

“In presenting the style and content of Edmund Jones’s stories and in his own illuminating commentary John Harvey has made a fascinating, enjoyable and scholarly contribution to the field.” --www.gwales.com