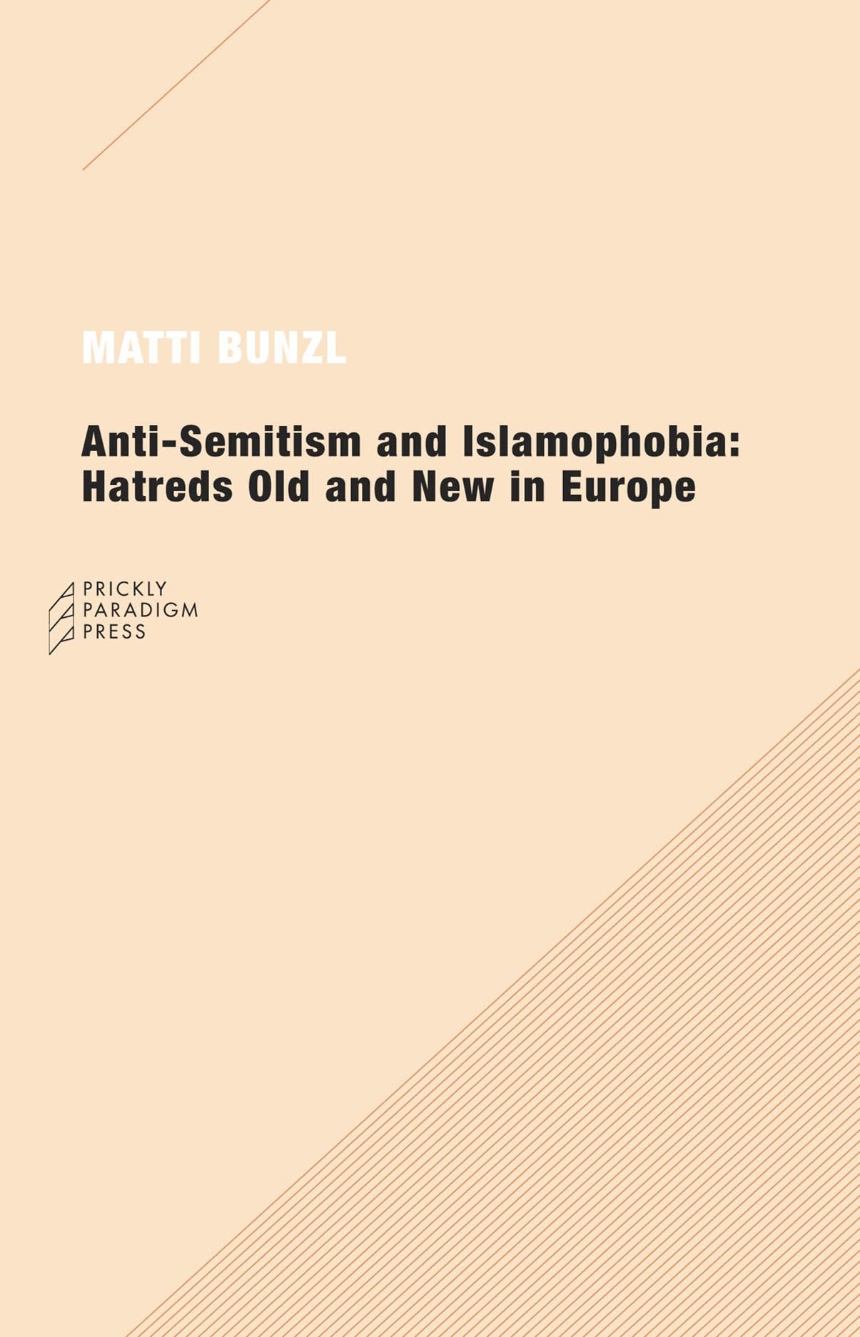 Hatreds Old and New in Europe

Hatreds Old and New in Europe

The apparent resurgence of hostility toward Jews has been a prominent theme in recent discussions of Europe; at the same time, the adversities faced by the continent’s Muslim population have received increasing attention. In Anti-Semitism and Islamophobia, Matti Bunzl offers a historical and cultural clarification of the key terms in these ongoing problems. Arguing against the common impulse to analogize anti-Semitism and Islamophobia, it instead offers a framework that locates the two phenomena in different projects of exclusion.

According to Bunzl, anti-Semitism was invented in the late nineteenth century to police the ethnically pure nation-state. Islamophobia, by contrast, is a phenomenon of the present, marshaled to safeguard a supranational Europe. With the declining importance of the nation-state, traditional anti-Semitism has run its historical course, while Islamophobia threatens to become the defining condition of the new, unified Europe. By ridding us of misapprehensions, Anti-Semitism and Islamophobia enables us to see these forces anew.