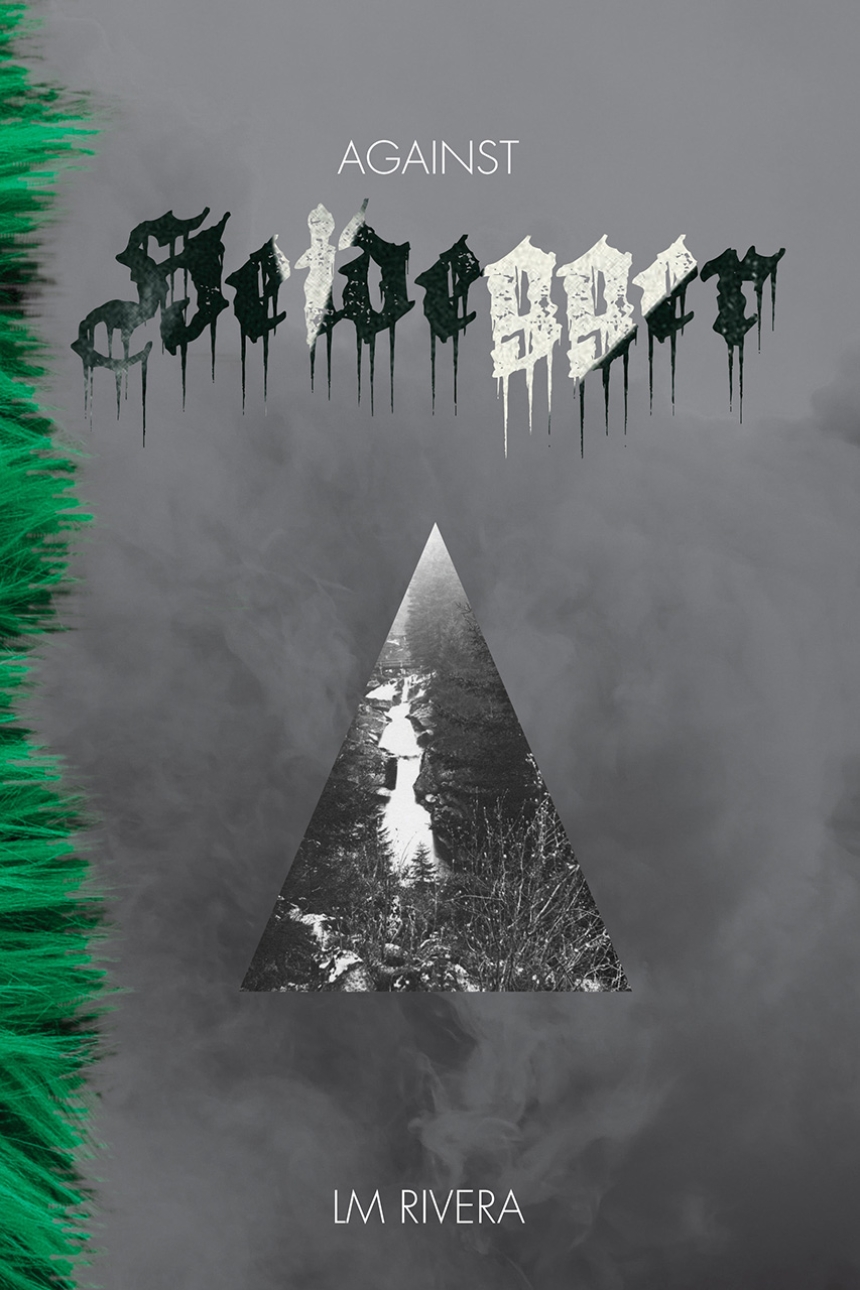 Attachments to proper names, traditions, and entrenched thought formations are a perennial problem and, as LM Rivera shows, an addiction. Against Heidegger is a collection of poetic meditations on that pervasive, and possibly eternal, compulsion. Rivera builds his idiosyncratically lyric argumentation against simplistic, naive, sentimental, and played-out narratives, opting instead for improvised, collaged, bursting-at-the-seams, experimental formations through which he thinks a concept through to its (im)possible end. On this philosophical-poetic journey, Rivera positions the grand figure of Martin Heidegger as a whipping boy who receives the punishment for the sins of blind tradition. Through this collection, Rivera attempts to sever many troubling yet lasting customs—be they overt, hidden, canonical, esoteric, forbidden, or blatantly authoritarian.

"Offering unexpected sojourns in thinking, Rivera’s whirlwind of well-weighted words is filled with surprising, beautiful, and haunting linguistic collisions and juxtapositions. Rivera’s postmodern poetry helps disclose what Heidegger meant when he proclaimed that we don’t speak language; language speaks us. I thus hear Rivera’s 'against' less as 'opposed to' and more as 'leaning on'—leaning on or into 'an abundant emptiness'—in the quest to go further, 'again and again,' into those questions we grow into and beyond, as the answers we embody generate new questions, opening pathways perhaps ('with all ambiguity intact') into a future we might still share."

"Rivera’s Against Heidegger bursts forth with a gigantic, even antic, curiosity and ambition. Against the 'formal compositions thundering against us,' Rivera thunders back with 'unknowable discernments.' This poetry absorbs the pain and dystopia of the present but refuses to succumb. Reaching in every direction at once, yet skeptical of any stable, originary center, Rivera enacts a Spicerian disturbance. This bewildering, instigating book makes a 'theoretical cut on the circle' through which poetry flows out: a new permission, an experiment with its own intransigence and vitality that necessarily allows for all possibilities."

Elizabeth Robinson, author of On Ghosts

"This hybrid critical memoir offers up the scraps and bits of language the semi-conscious mind grasps as it strives to resolve those problems which upon awakening, still somehow remain. A sort of philosophical trance state that keeps opening up to subtly reveal the wound of being human."

Brian Evenson, author of Song for the Unraveling of the World