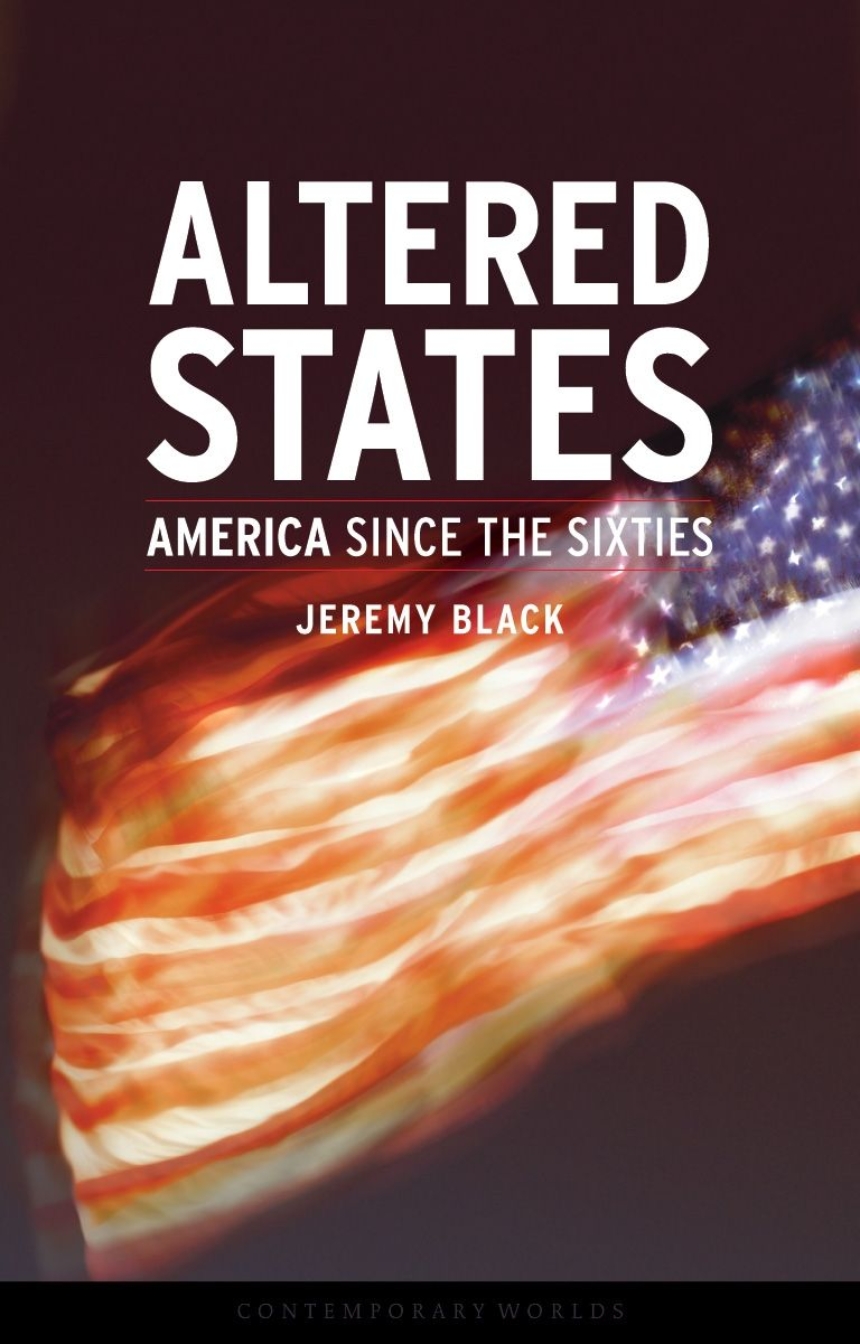 America Since the Sixties

America Since the Sixties

Red states versus blue states. Metro versus retro. North or South, East or West. Pundits, politicians, and social scientists love to carve out categories in an attempt to make sense of political and social divisions that run through the American landscape. As the home of nearly 300 million people spread over approximately 3.7 million square miles of earth, the United States poses a monumental challenge to all who try to grapple with its rich and immensely complex physical and social geography. Acclaimed British historian Jeremy Black tackles this challenge through a literal and metaphorical road trip across America’s physical and historical landscapes, analyzing the ways that events in American history and culture since 1960 have remade the geography and demographics of America.

Black works from the startling premise that the United States is a continent pretending to be a country. He examines the cultural clashes—and the tense harmony—between the numerous regional cultures uneasily contained within the United States’ wide bounds. Suburban sprawl, the triumph of consumerism, the war over health care, immigration, and Christian evangelicalism all play a part in these pages, as Black unravels the tangled web of American life during the past forty-five years. He locates such tensions in the tug-of-war between the unitary and divisive pressures that have always defined the character of American government, and in the alternating rise and fall of individualism and conformity in American society as well.  Black also has some telling new reflections on America’s role abroad, from Nixon’s Vietnam to George W. Bush’s Iraq.

Drawing on travels from Virginia to California to Alaska, Black deftly reveals in Altered States the less-examined aspects of American culture as they are manifested in its diverse peoples and landscapes from coast to coast.

“Black’s account of changing geographical and demographic factors in North America reminds readers of the deeper transformations affecting lived society. . . .This is a valuable, thoughtful and wonderfully eccentric account of recent American history.” --Jeremi Suri, author of Power and Protest: Global Revolution and the Rise of Detente

“Black tackles the formidable task of making sense out of the recent American past and succeeds in creating a framework that provides rich insights and interesting connections. . . .  Black’s Altered States now joins my shortlist of books that illuminate recent American history.”