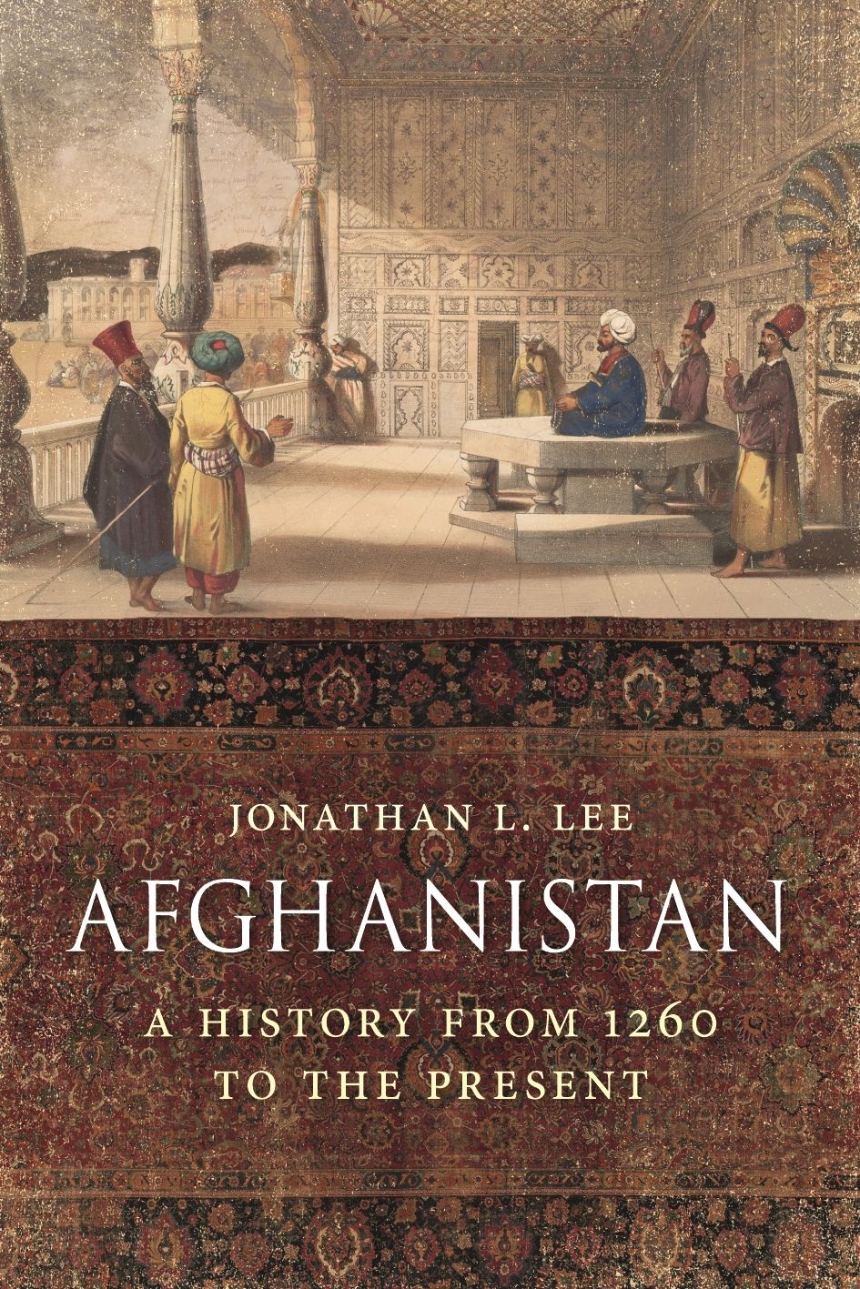 A History from 1260 to the Present

A History from 1260 to the Present

Located at the intersection of Asia and the Middle East, Afghanistan has been strategically important for thousands of years. Its ancient routes and strategic position between India, Inner Asia, China, Persia, and beyond has meant the region has been subject to frequent invasions, both peaceful and military. As a result, modern Afghanistan is a culturally and ethnically diverse country, but one divided by conflict, political instability, and by mass displacements of its people. In this magisterial illustrated history, Jonathan L. Lee tells the story of how a small tribal confederacy in a politically and culturally significant but volatile region became a modern nation state.

Drawing on more than forty years of study, Lee places the current conflict in Afghanistan in its historical context and challenges many of the West’s preconceived ideas about the country. Focusing particularly on the powerful Durrani monarchy, which united the country in 1747 and ruled for nearly two and a half centuries, Lee chronicles the origins of the dynasty as clients of Safavid Persia and Mughal India: the reign of each ruler and their efforts to balance tribal, ethnic, regional, and religious factions; the struggle for social and constitutional reform; and the rise of Islamic and Communist factions. Along the way he offers new cultural and political insights from Persian histories, the memoirs of Afghan government officials, British government and India Office archives, and recently released CIA reports and Wikileaks documents. He also sheds new light on the country’s foreign relations, its internal power struggles, and the impact of foreign military interventions such as the “War on Terror.”

"A comprehensive history of a storied nation held together by an alliance of tribal and political groups that threatens to dissolve at any moment. . . . Anyone seeking to understand a complex, even bewildering part of the world will benefit from Lee’s careful account."

"The task of crafting a coherent narrative out of such disparate material, much less making that narrative of genuine interest, is obviously daunting, and one of the many low-key marvels of this book is how often Lee manages to succeed. This has every indication of being the twenty-first century’s standard English-language history of Afghanistan: it’s richly detailed but not simplified, keeping up a fast pace without ever sacrificing fine-grained detail, fit to occupy the same shelf as Abbas Amanat’s magisterial 2017 history of Iran . . . Afghanistan is a parade of richly-realized personalities: sultans, colonial opportunists, visionaries, and the embattled present government figures are all presented here with a startlingly refreshing humanity."

"An exhausting march. . . . Lee has spent a lifetime studying this troubled region, and his account of Afghanistan’s history is almost dizzying in its power shifts and conflicts. . . . [An] epic story."

"Lee’s well-written book is rich in rewarding detail and will be essential reading for anyone interested in the history of Afghanistan."

"Lee’s scholarship and independence of mind give rise to one of the first great merits of the book: its willingness to challenge conventional narrative. . . . The second great merit of this book, beyond its fresh perspectives, is the depth of coverage it offers, whilst yet being written in clear prose and digestible sections. Lee is an excellent guide through a notoriously complex historical territory."

"Lee has blended an eye for detail with a sense of the broad sweep of Afghanistan's history. . . . Lee does not make the mistake of assuming a linearity in Afghan history, and the stories he recounts do not serve to suggest that the key to understanding the twenty-first century is simply to revisit the experiences of earlier times. But that said, the book is studded with memorable vignettes that suggest the ubiquity and persistence of human frailty. . . . One attractive feature of Lee's book is that Afghans are at the heart of the story that he tells."

"Lee’s comprehensive study of Afghanistan’s political history tells the story of the emergence and sometimes surprising longevity of the Afghan state in the face of serious external and internal challenges over the last three centuries. Readers will find a compelling narrative and an important reference for different periods in Afghan history, not to mention a larger thread which looks at the definition (by others) and the introspective self-definition by Afghan rulers as the state developed over time."

"An epic achievement: at once a model of clarity, accuracy, and balance and a testament to Lee's learning and life-long erudition in Afghan primary sources. Authoritative and remarkably comprehensive, it deserves to become the standard English-language history of Afghanistan."

"This is the most comprehensive available history of power and politics in Afghanistan, from the medieval period to the present. The narrative spans a millennium of history, from the Ghaznavids to Ashraf Ghani. It deliberately locates the roots of modern Afghanistan in the succession of Muslim entities that developed military power, government, and civilization in northern India and on either side of the Hindukush. There are detailed treatments of issues from the 'classical' right up to contemporary Afghan affairs which includes the consequences of aid to the anti-Soviet mujahideen, the roots of the Taliban movement, the inadequacy of the Bonn Agreement as a basis for peace, Islamic identity and the state, and militarization of humanitarian assistance and governance reform and corruption. This work is an encyclopaedia of the ways in which the past helps shape the ideas and possibilities of the present."

“This impressive book results from Lee’s professional lifetime’s work in Afghanistan. Lee uses his command of Persian, an abundance of British and American archival sources, and a critical historiographical approach to provide readers with a refreshingly original treatment of Afghanistan’s modern political history. Lee’s book combines nuanced attention to the dynamic variety of regional, religious, and tribal identities, loyalties, alliances, and resources within Afghanistan, while also constructively engaging the diverse and changing constellation of external actors, agencies, and pressures in this new history of Afghanistan.”

“This work is the last word on the history of Afghanistan and I have no hesitation in recommending it.”

Chris Wyatt, University of Birmingham, author of "Afghanistan in the Defence of Empire"