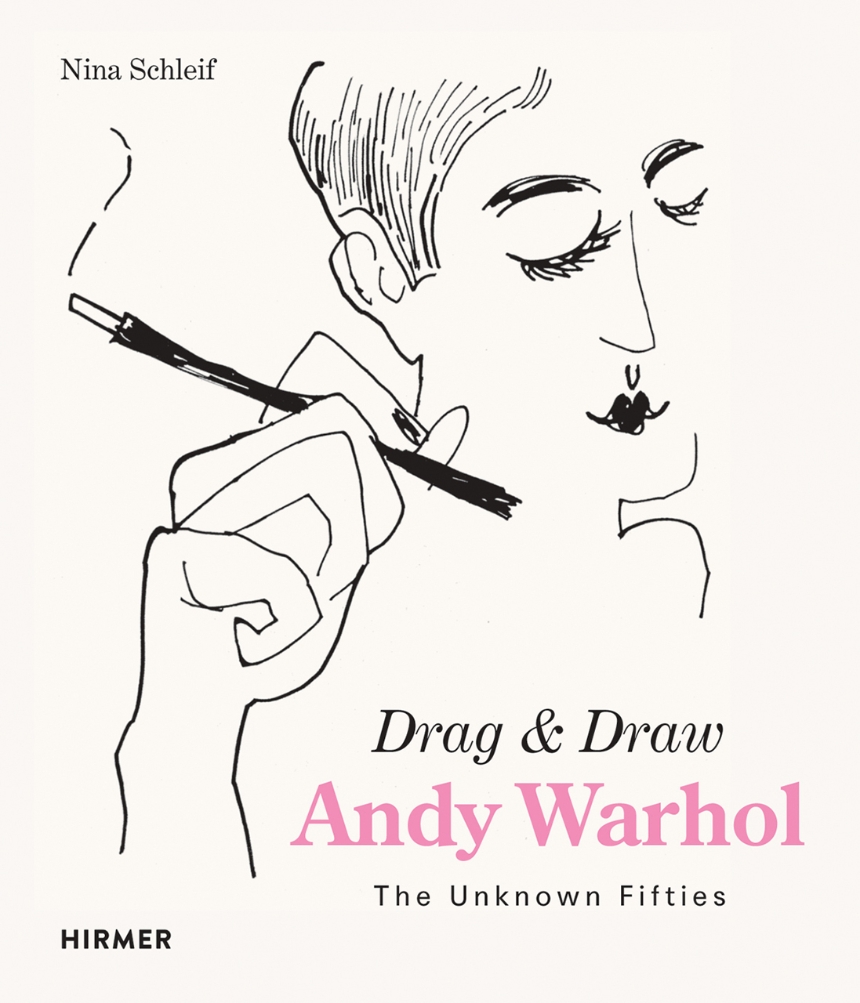 Andy Warhol’s oeuvre during the first decade of his career, before he became the godfather of pop, proved to be enormously influential on his life’s work, yet remains little known. Drag & Draw highlights two series of drawings from this decade, when Warhol first began to explore the controversial and for him deeply personal subject of drag.
In the first of these series, Warhol drew an ensemble of spirited women derived from photographs of both stage divas and men in drag. He delved deeper into the art of dressing as the opposite sex with his second series, a set of portraits of men posing in high and low drag. This book considers the importance of drag to Warhol’s work and its debt to photographs that his friend, photographer Otto Fenn, staged explicitly for Warhol’s use. Featuring numerous unpublished Warhol drawings and newly discovered photographic sources, Drag & Draw offers a fascinating view of New York drag culture in the closeted 1950s.

“Just when you thought there wasn’t anything new to learn about Warhol, this book offers an insightful, informative look back at these portraits by the artist as a young man.”