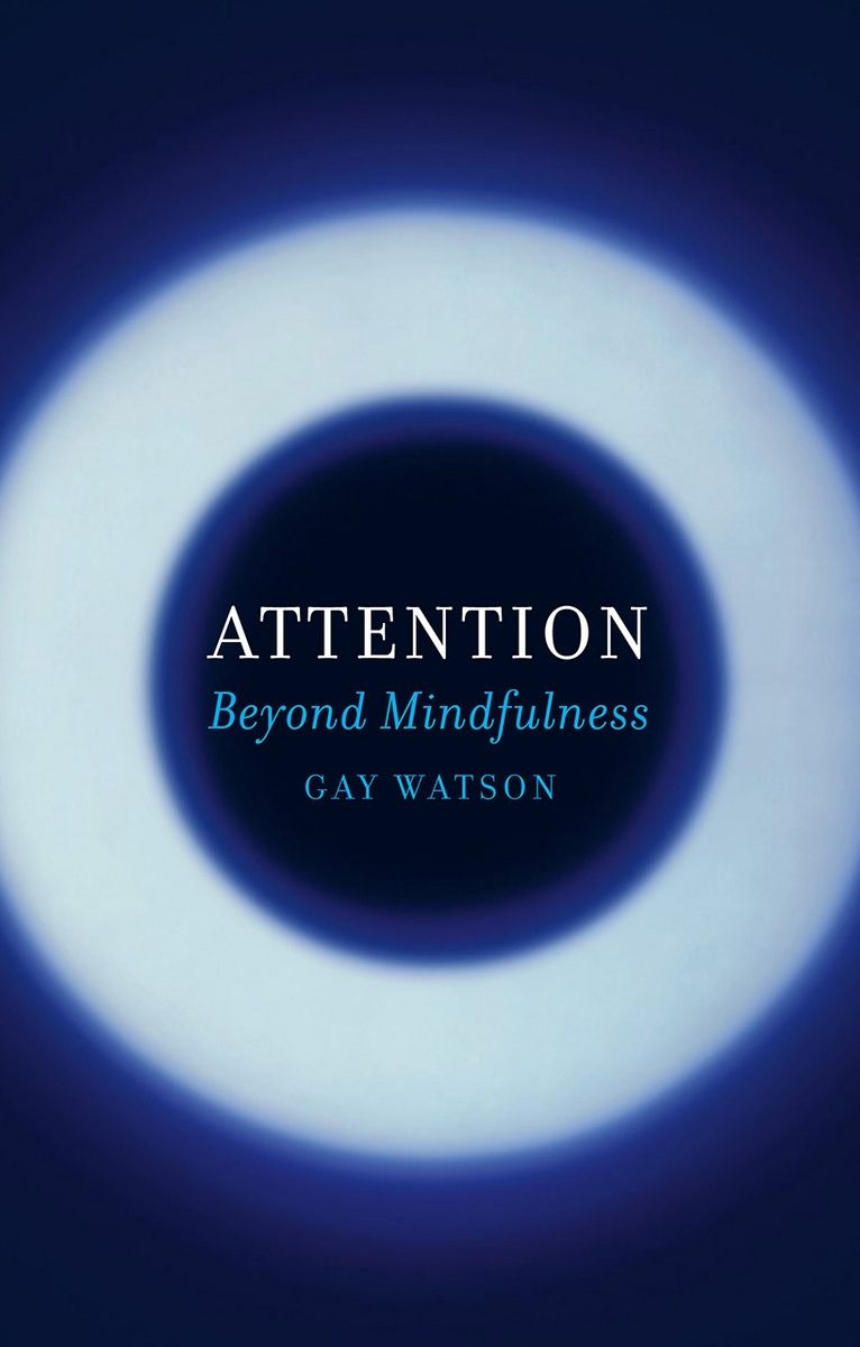 If there is one thing we are short on these days, it’s attention. Attention is central to everything we do and think, yet it is mostly an intangible force, an invisible thing that connects us as subjects with the world around us. We pay attention to this or that, let our attention wander—we even stand at attention from time to time—yet rarely do we attend to attention itself. In this book, Gay Watson does just that, musing on attention as one of our most human impulses.

As Watson shows, the way we think about attention is usually through its instrumentality, by what can be achieved if we give something enough of it—say, a crisply written report, a newly built bookcase, or even a satisfied child who has yearned for engagement. Yet in losing ourselves to the objects of our fixation, we often neglect the process of attention itself. Exploring everything from attention’s effects on our neurons to attention deficit disorder, from the mindfulness movement to the relationship between attention and creativity, Watson examines attention in action through many disciplines and ways of life. Along the way, she offers interviews with an astonishing cast of creative people—from composers to poets to artists to psychologists—including John Luther Adams, Stephen Batchelor, Sue Blackmore, Guy Claxton, Edmund de Waal, Rick Hanson, Jane Hirshfield, Wayne Macgregor, Iain McGilchrist, Garry Fabian Miller, Alice and Peter Oswald, Ruth Ozeki, and James Turrell.

A valuable and timely account of something central to our lives yet all too often neglected, this book will appeal to anyone who has felt their attention under threat in the clamors of modern life.

“An illuminating and revealing book on the powers of attention. Read it immediately for a riveting way to exercise the muscle of the mind.”

“This is a remarkable and searching account of the meaning of attention. Gay Watson looks deeply into the practices of artists, writers, and musicians and reveals the correspondences with spiritual disciplines. This is a provocative book in replacing attention at the heart of what we should care about.”

“In this tour de force, Gay Watson weaves together profound spiritual insights, crisply clear science, and page-turning personal observations about the front edge of consciousness: how we attend to our inner and outer worlds. Since we gradually become whatever our attention repeatedly rests upon, this book also helps readers use attention more skillfully to grow more of the good inside themselves and others.”

“An illuminating survey of approaches to the practice of attention that ranges from psychology to art, from mindfulness to music, from religion to philosophy. Interweaving conversations with personal reflections, Watson opens up the field of attention for each of us to explore in a way that is suited to our passions and needs.”

Stephen Batchelor, author of After Buddhism