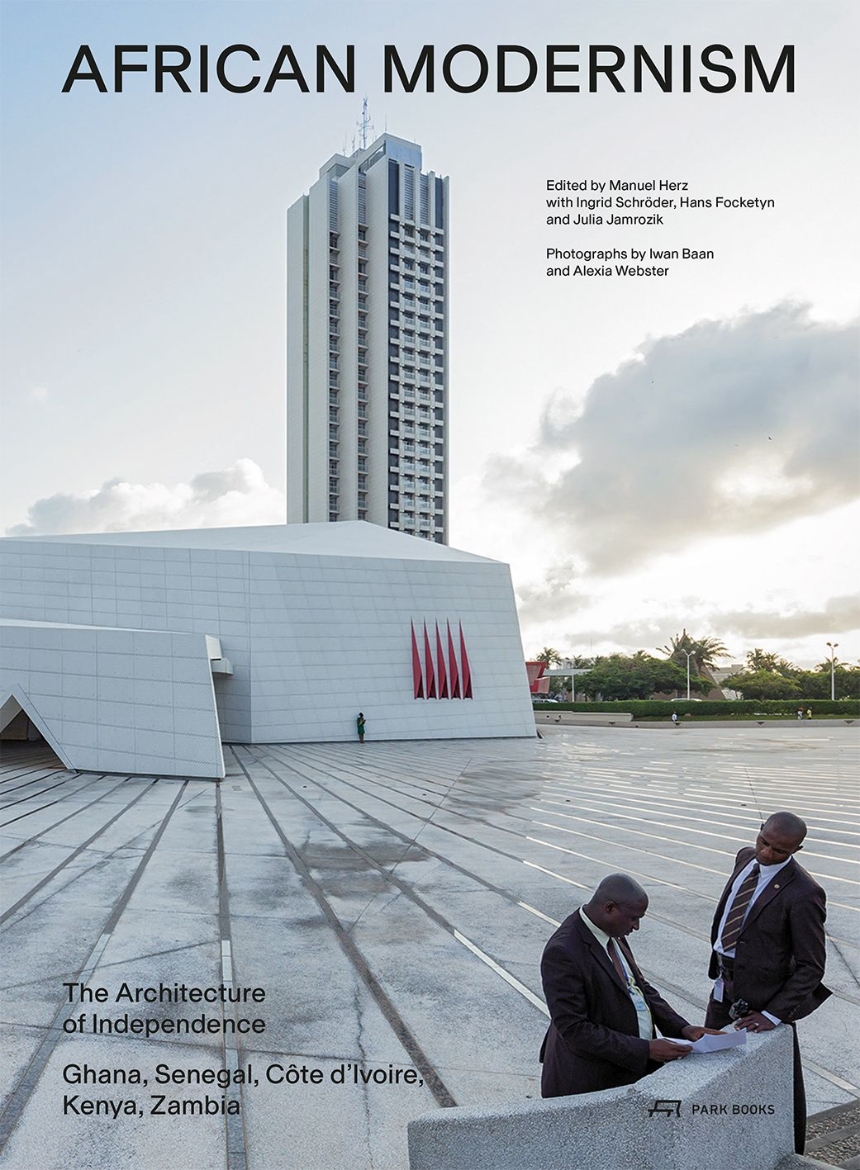 Photography by Iwan Baan and Alexia Webster
Back-in-print, the most comprehensive survey of modern architecture in Africa to date.

When African Modernism was first published in 2015, it was received with international praise and has been sought after constantly ever since it went out of print in 2018. Marking Park Books’ 10th anniversary, this landmark book becomes available again.

In the 1950s and 1960s, most African countries gained independence from their respective colonial power. Architecture became one of the principal means by which the newly formed countries expressed their national identity. African Modernism investigates the close relationship between architecture and nation-building in Ghana, Senegal, Côte d'Ivoire, Kenya, and Zambia. It features one hundred buildings with brief descriptive texts, images, site plans, and selected floor plans and sections. The vast majority of images were newly taken by Iwan Baan and Alexia Webster for the book’s first edition. Their photographs document the buildings in their present state. Each country is portrayed in an introductory text and a timeline of historic events. Further essays on postcolonial Africa and specific aspects and topics, also illustrated with images and documents, round out this outstanding volume.