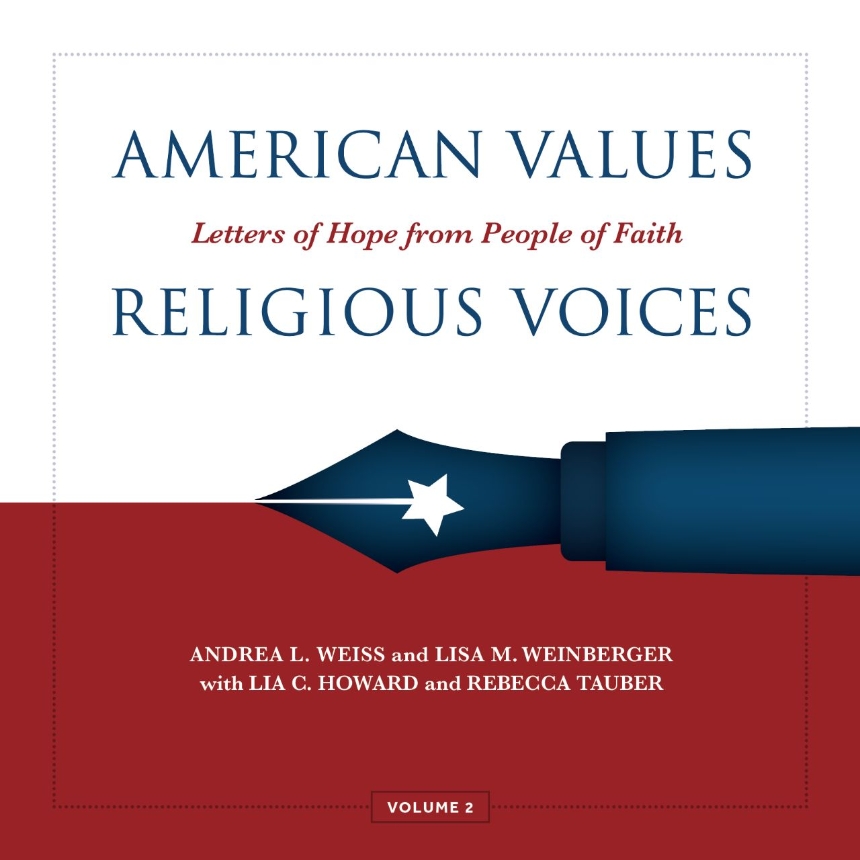 Letters of Hope from People of Faith

Letters of Hope from People of Faith

In the aftermath of the 2016 presidential election, biblical scholar Andrea L. Weiss and graphic designer Lisa M. Weinberger teamed up to create Values & Voices, a national nonpartisan campaign that used letters and social media to highlight core American values connected to our diverse religious traditions. The result was American Values, Religious Voices: 100 Days, 100 Letters, a collection of one hundred letters written by some of America’s most accomplished and thoughtful scholars of religion interspersed with original artwork from Twitter followers during the first one hundred days of the Trump presidency.

In 2021, Weiss and Weinberger invited religious scholars and leaders to address President Biden, Vice President Harris, and members of the 117th Congress in their national letter writing and social media campaign. During the first 100 days of the Biden administration, religious leaders from twenty-five states and twenty denominations once again sent one letter a day to elected leaders in Washington. These letters bring an array of religious texts and teachings to bear on our most pressing contemporary issues. Arranged chronologically, the 2021 edition features over sixty new contributing letter writers, new artwork, original essays, and an updated biblical index suggesting how the letters can be incorporated into speeches, homilies, and classrooms. An alternate table of contents arranged by core values that emerged in the letters over the 100 days allows for thematic reading.

“The letters in this remarkable collection, written by religious scholars representing Jewish, Christian, Muslim, Hindu, Buddhist, and Sikh traditions, remind us of fundamental American values sorely threatened today, as our nation is riven by deep socio-political divisions. . . . A clarion call, not only to our leaders in Washington, but to us ‘the people,’ to enact the values that have made our nation a beacon of promise—freedom, justice, hospitality, tolerance, respect, and equal rights for all people. Their call is both timely and urgent.”