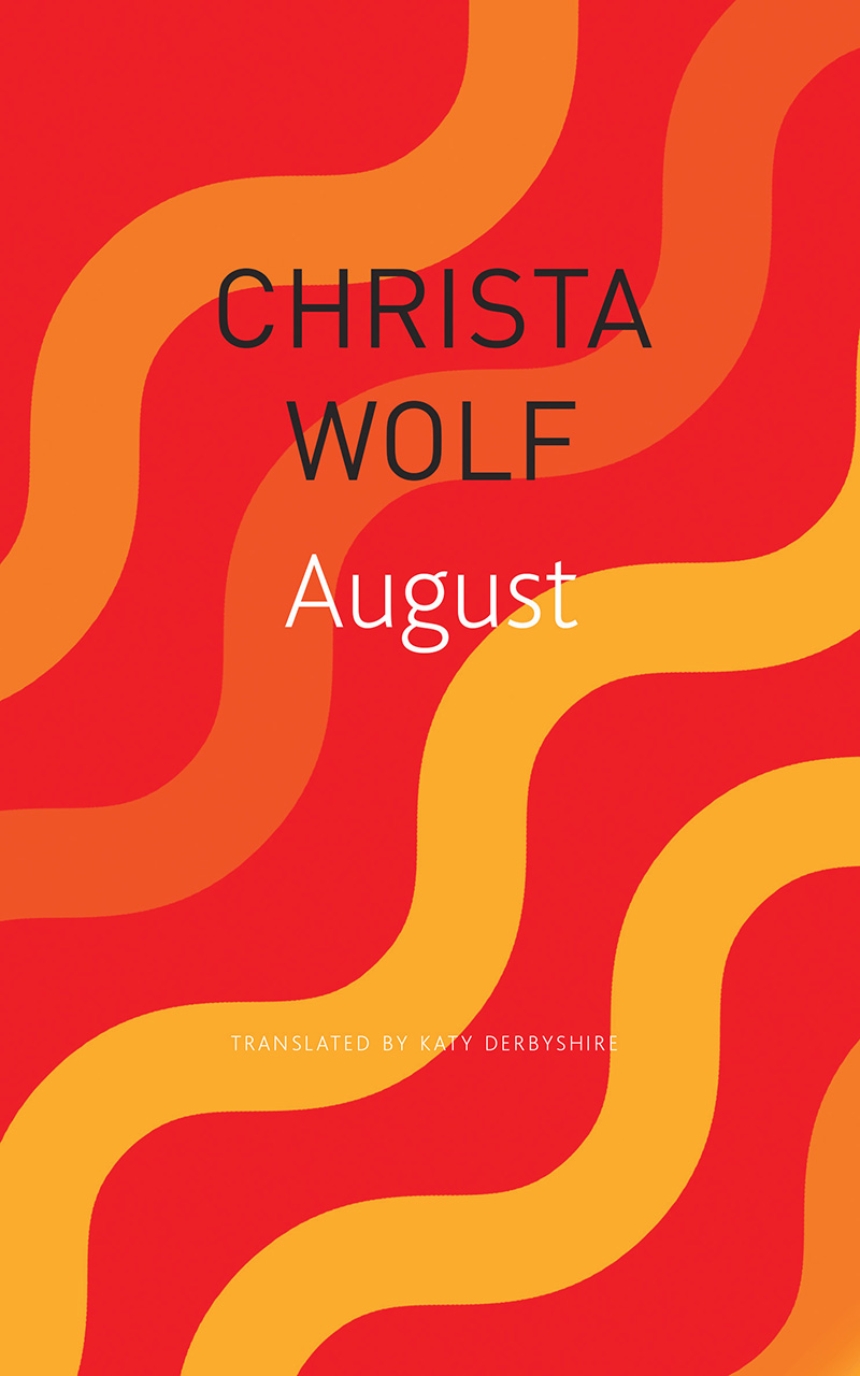 Translated by Katy Derbyshire
Christa Wolf was arguably the best-known and most influential writer in the former East Germany. Having grown up during the Nazi regime, she and her family were forced to flee their home like many others, nearly starving to death in the process. Her earliest novels were controversial because they contained veiled criticisms of the Communist regime which landed her on government watch lists. Her past continued to permeate her work and her life, as she said, “You can only fight sorrow when you look it in the eye.”

August is Christa Wolf’s last piece of fiction, written in a single sitting as an anniversary gift to her husband. In it, she revisits her stay at a tuberculosis hospital in the winter of 1946, a real life event that was the inspiration for the closing scenes of her 1976 novel Patterns of Childhood. This time, however, her fictional perspective is very different. The story unfolds through the eyes of August, a young patient who has lost both his parents to the war. He adores an older girl, Lilo, a rebellious teenager who controls the wards. Sixty years later, August reflects on his life and the things that she taught him.

Written in taut, affectionate prose, August offers a new entry into Christa Wolf’s work and, incidentally, her first and only male protagonist. More than a literary artifact, this new novel is a perfectly constructed story of a quiet life well lived. For both August and Christa Wolf, the past never dies.

"The story is only about thirty pages long but one of the most beautiful Christa Wolf has ever written."

"Wolf directs the reader between the book’s two time periods [with] no space, no signal nor set-up, August’s mind simply glides from one to the other, sometimes even mid-thought. But this feels wonderfully true-to-life. The thresholds between the past and the present are never fixed, and the self is a constant time-traveler."

“Wolf’s final story tenderly relays the uplifting power of memory in the face of impending death and sorrow. A story within a story, the narrative’s circular nature demonstrates that our connections with others transcend our own mortality.”