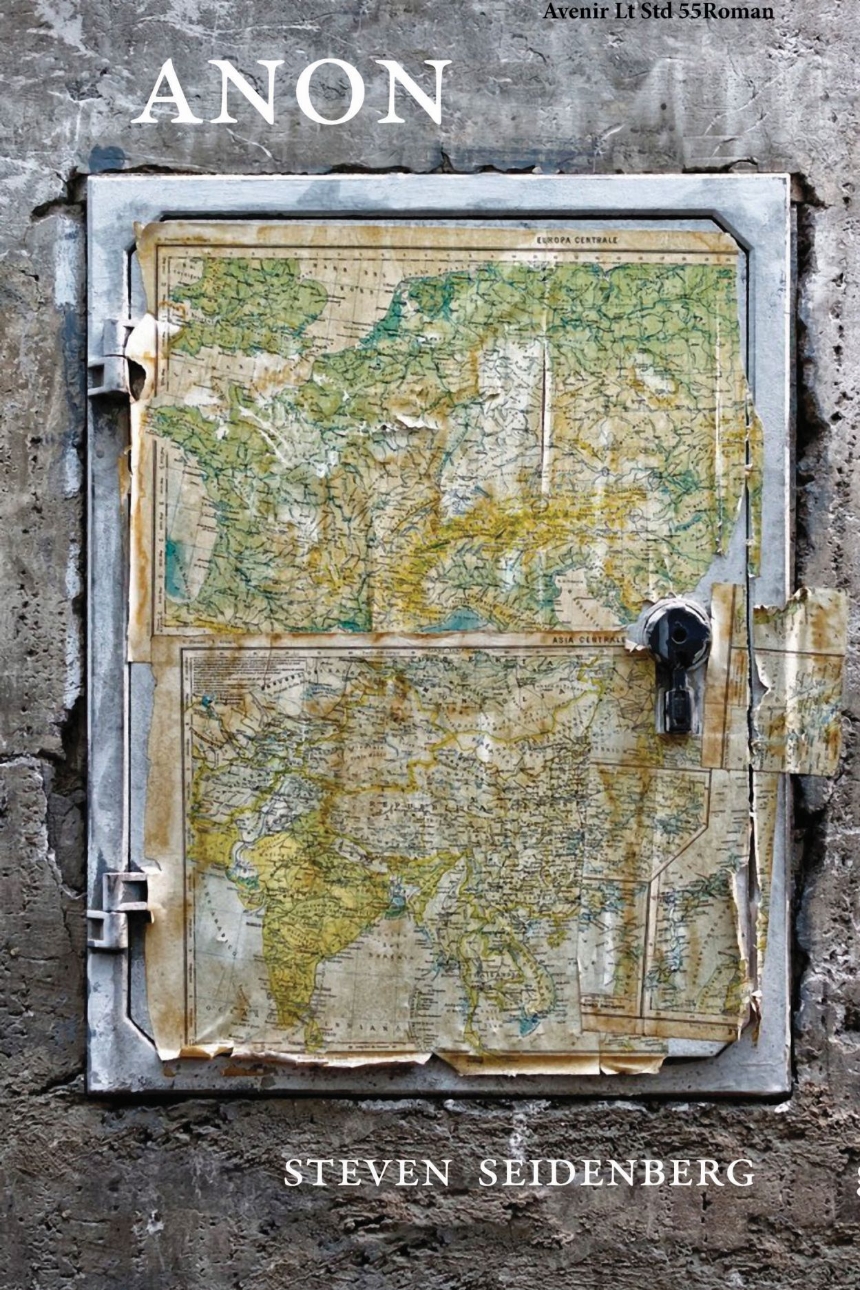 Lyrical, aphoristic poems that move between forms and consider tropes of narrative.

The narrator of Anon opens the sluice gates of embittered confession and philosophical reproach to release a flood of extravagant lyricism. These poems at first submerge readers in the ecstatic rhythms of its music, then they turn to address the tropes of narrative, inviting readers to join in pursuit of major themes of the human condition.

Steven Seidenberg employs a characteristically aphoristic style to manage multiple lines of inquiry at once. The resultant fragments navigate between testament and treatise, storyline and system, and in a manner that echoes the speculative vehemence of Samuel Beckett, Clarice Lispector, and Maurice Blanchot

“On these aphoristic seas made of ‘nothing but words’ we sail on vast lexicons of maritime lore. From Ahab’s bitter conquest to Noah’s weathered flood, Anon musters ‘the allegory out of which this repetition issues, as a dreamer stepping into the miasma of the dream,’, each dense aphorism a verbiage ocean or island ‘describing the presence of an absence’; each imperiled mandate to divergence another ‘telling by revealing the perversity of the told.’ Seidenberg’s recursive, lyrical explorations of time and narrative, knowledge and beauty, float through an archipelago of ‘lapidary prosody,’ an ever more insistent ‘interregnum of ellipses,’ part Melville, part Wittgenstein, part Kant, until the narrator’s ecstatic realization—'Memory is taken back and given by the ocean . . . ; gleaners such as you and I, are alone enjoined to make a survey of the wreckage, and fashion what remains into . . .’ Anon is that survey and that fashioning, all to submerge its readers in this shimmering sea mirage, in which we luxuriate while we plumb the mysteries of the abyss.”

"Marvelously at sea in swells of voluptuous language, this narrative unravels itself faster than the narrator can weave it, leaving in its wake a great momentum that keeps identity fluid across a shifting scape of ever-changing ocean. Anon draws on both senses of the word; the I that tries to tell us its story dissolves into its very telling while eternally deferring its landing. Seidenberg's command of language is astonishing, building up into great orchestral swells that carry us along in the sheer beauty of their sound—it's a tour de force of linguistic imagination."