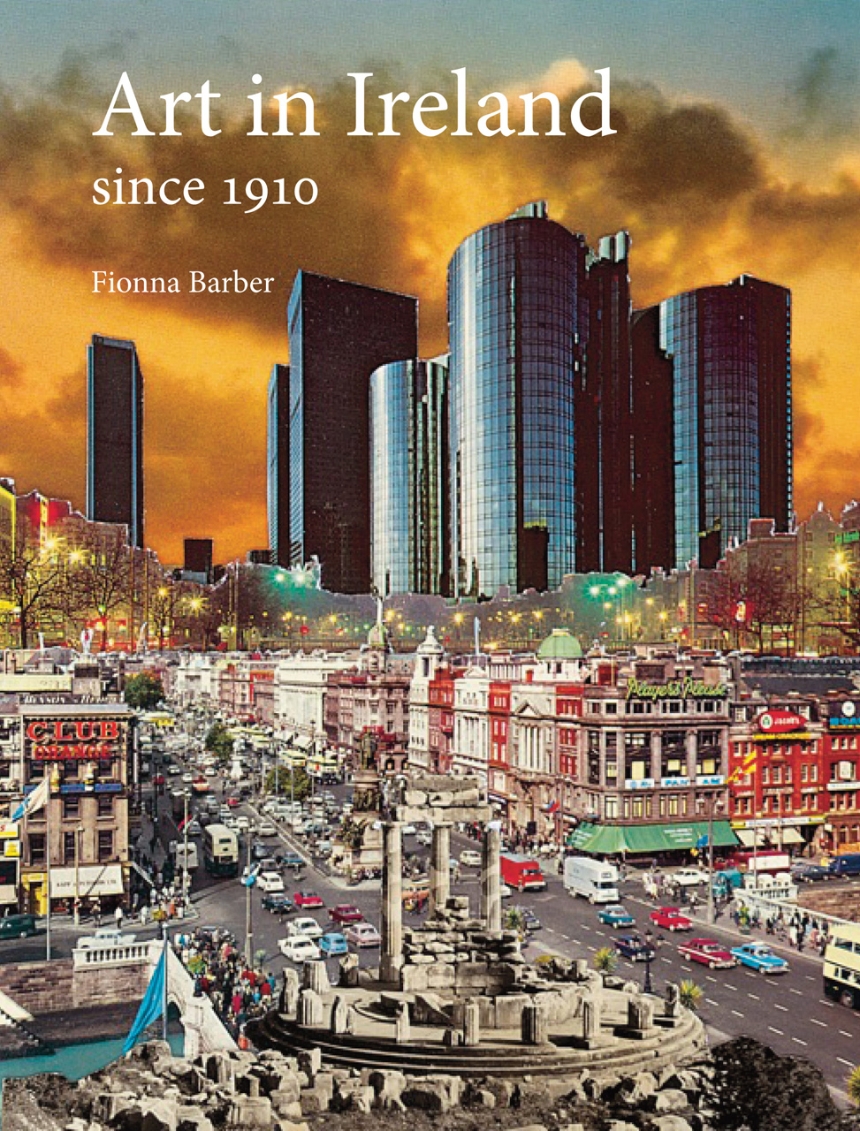 Ireland and Britain have an entwined and contentious past. Though southern Ireland broke with the Commonwealth in 1948, Northern Ireland remains a member of the United Kingdom to this day. As Fionna Barber shows in Art In Ireland since 1910,Ireland’s relationship to its closest neighbor has played a key role in the development of its visual culture. Using the work of Jack B. Yeats, William Leech, John Lavery, William Orpen, F. E. McWilliam, Francis Bacon, and others, Barberlooks at how Ireland’s art practice during the past century has been shaped by the twin forces of nationhood and modernity.
Barber reveals that the drive to decolonization in the Irish Free State underpinned a predominance of images of remote landscapes and rugged peasantry. She moves beyond discussions of art in Northern Ireland—often reduced to a concern with the Troubles, the period of ethno-political conflict that began in 1969, and the significance of its status as part of Britain—to consider the region’s art practice in relation to ideas of nation and the modern. Drawing parallels with artists from other former British colonies, she also looks at the theme of diaspora and migration in the work of Irish artists working in Britain during the 1950s. The first book to examine Irish art from the early twentieth century to the present day, this beautifully illustrated book adds a new dimension to our conception of this idyllic country.

“Easily the best history of modernity and Irish art to date.”

“Fionna Barber’s Art in Ireland is that rare thing: a book that is needed. . . . This richly illustrated and critically engaged book offers a very welcome attempt to outline the story of Irish art from 1910 to the present. . . . An engaging overview for the common reader, as well as a starting point for further critical debate.”

“Art in Ireland has traditionally fretted in the shadow of a powerful literary tradition but Fionna Barber provides the first major overview of how evolving forms of art practice shaped twentieth-century Irish culture. Ranging from the Celtic Twilight to the Celtic Tiger, Art in Ireland brings a new visual sophistication to bear on ‘Romantic Ireland,’ social realism, modernism, as well as gender, Northern Ireland, and the globalization of Irish art. This innovative work recasts not only Irish art history but also our understanding of Irish art in a wider international frame.”

“Anti-colonial struggle, civil war and postcolonial violence; nationalism, isolationism and the new Europe of the Celtic Tiger; flirtations with fascism and Third World revolution; the revival of an ancient pre-Christian spirit in a political culture framed by institutional religions; a passion for land and peasantry and a history of exile. Ireland has lived modernity more deeply and more passionately than perhaps any other European nation. The country’s contributions since 1910 to music, drama and literature are unquestionable. Fionna Barber’s Art in Ireland marks out the parallel territory of the visual arts as they traversed these contradictory histories. With a cunning eye for precise detail, Barber not only writes the story of art in Ireland, North and South: she opens up the contested and unfinished labour of formulating country, time and identity in Irish art.”

“Barber’s approach yields a dense and rewarding text that deftly accomplishes dual and equally daunting tasks: writing the first history of Irish art of this period that moves beyond discussion of only major figures such as Jack Yeats and Francis Bacon; and offering a sophisticated analytical method that can be used to coherently interpret a diverse body of work that includes landscape painting and video art. The many color illustrations and lengthy bibliography are also a great benefit to readers of this landmark publication.”

Chronology
Introduction: The Ghost Ship, Nation and Modernity
1. Ethnicity, Revolution and the Modern, c. 1910–1918
2. Modernity and Independence
3. The West, the South and the North: Art in Ireland in the 1930s
4. War, its Aftermath and the Visual, 1939-1947
5. The Significance of the Overlooked
6. Irish Art and Diaspora in the 1950s
7. Modernization and its Consequences: The 1960s
8. The Conflict in the North and Irish Art, 1968–1979
9. Postmodernism and Ireland
10. The Unravelling Nation, 1990–1998
11. After the End of Progress
References
Bibliography
Acknowledgements
Photo Acknowledgements
Index