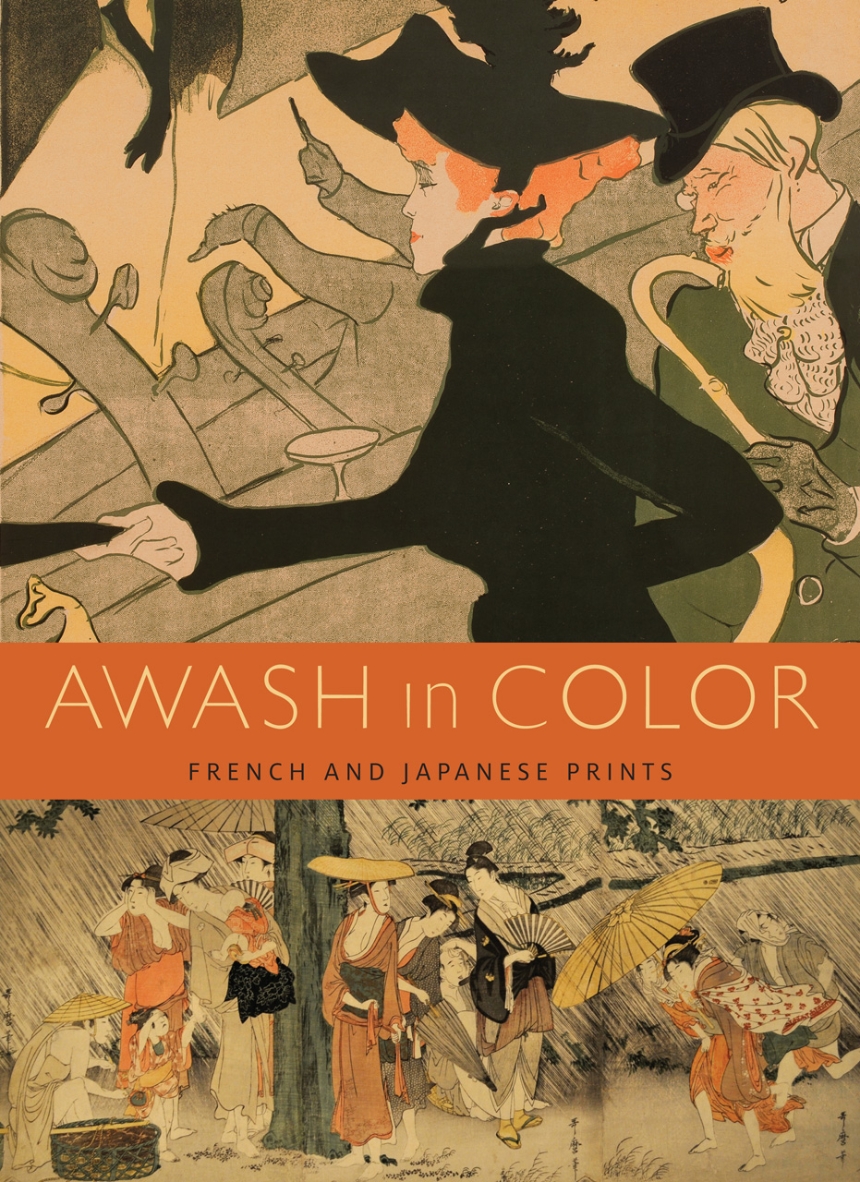 When Japan opened to the West in 1854, the prints known as ukiyo-e (or “images of the floating world”) fascinated and delighted European audiences, especially in France where the term japonisme was coined to describe the influence of this art form. Yet this familiar narrative emphasizes the impact of one artistic culture upon another, ignoring the fact that both Japan and France had flourishing traditions of color printmaking before the opening of Japan. Awash in Color, an exhibition organized by the Smart Museum of Art at the University of Chicago, presents a new perspective on color printmaking and print technologies in both cultures, beginning well before 1854. In this exhibit catalog, the authors put forth an ambitious parallel history with more than 100 exquisite color prints and wood-block-printed books that trace the evolution of color printing technologies from the early eighteenth century through the explosion of color print techniques in the mid- to late-nineteenth century, and finally to the twentieth-century “return” of woodblock printing as seen in aesthetic movements such as European Art Deco.
Distinguished contributors span a wide range of fields and provide insight and context for the work within Japanese and French art history, as well as the study of printmaking. A beautiful companion to an important exhibit, Awash in Color is essential reading—and viewing—not only for scholars of Japanese and European art, but also design enthusiasts everywhere.

“The Western fascination with Japanese art in the 19th century receives fresh examination in this attractive book. . . . Rather than concentrate on familiar Japonism, contributors advance innovative approaches to the East-West Dialogue while charting parallel developments in Japanese and French color printing. . . [An] intriguing and useful study. . . excellent color illustrations.”