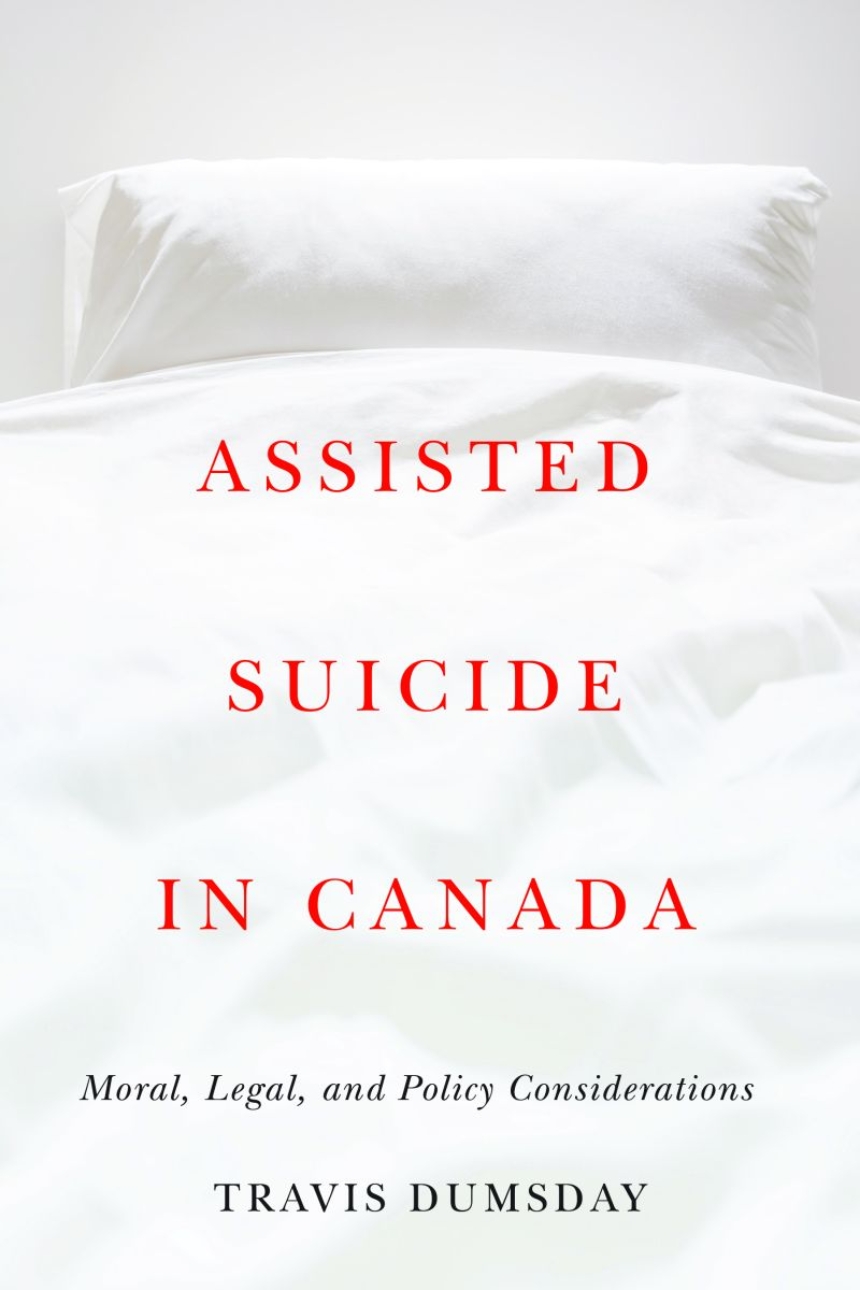 An ethical, legal, and political guide to the future of assisted suicide in Canada.

In its 2015 Carter vs. Canada decision, the Canadian Supreme Court decriminalized assisted suicide and voluntary euthanasia. As the public debate continues, Assisted Suicide in Canada offers an accessible but nuanced survey of the controversial ruling’s ethical, legal, and political contours—including its judicial precedents and subsequent legislation. Contending that Carter vs. Canada will alter our relationship to life, death, and medicine for generations, Travis Dumsday offers an essential guide through lingering uncertainties, including how to safeguard both medical professionals’ and taxpayers’ freedom of conscience.

“Adding an often-unheard voice, Assisted Suicide in Canada gives an excellent presentation of the history and argument of Carter v Canada.”

“Dumsday has given a fair-minded account even of arguments that he is countering. His book will inform and promote informed public debate about a contentious issue.”