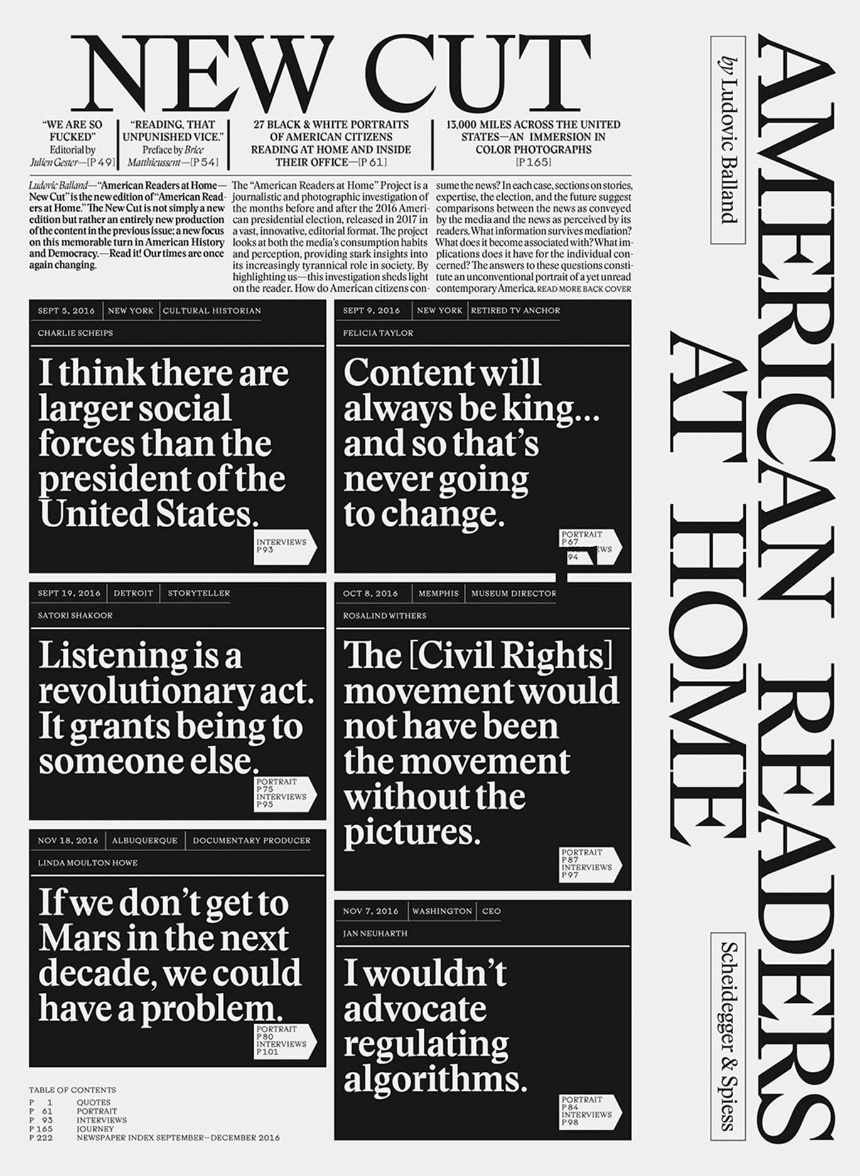 A new selection and compilation of the material put together by Ludovic Balland from the 2016 presidential election.

When American Readers at Home was published in early 2018, it was met with widespread praise. Swiss graphic designer and photographer Ludovic Balland has now put together a new selection of the compelling material amassed on his road trip across the United States during the 2016 presidential campaign. American Readers at Home—New Cut brings together color photographs of cityscapes and black-and-white portraits of American citizens with interviews about their use of news media, alongside facsimiles of newspapers, and collages with statements about the current state of the country. Four years have passed, yet none of these stories have lost their power or urgency.

“[A] fascinating contemporary document of contradictions.”