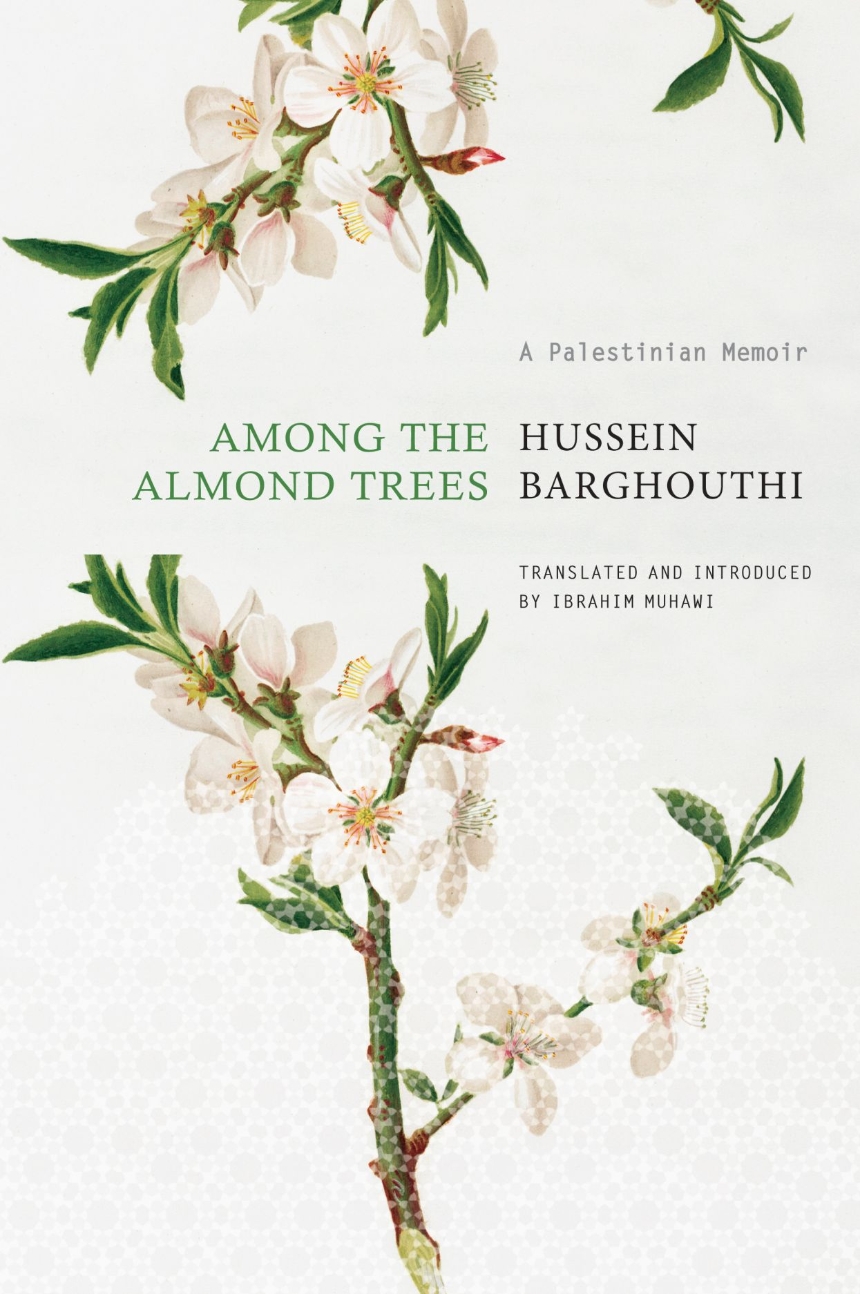 Among the Almond Trees

Among the Almond Trees

Palestinian writer Hussein Barghouthi was in his late forties when he was diagnosed with lymphoma. He had feared it was HIV, so when the cancer diagnosis was confirmed, he left the hospital feeling a bitter joy because his wife and son would be spared. The bittersweetness of this reaction characterizes the alternating moods of narration and reflection that distinguish this meditative memoir, Among the Almond Trees.

Barghouthi’s way of dealing with finality is to return to memories of childhood in the village of his birth in central Palestine, where the house in which he grew up is surrounded by almond and fig orchards. He takes many healing walks in the moonlit shadows of the trees, where he observes curious foxes, dancing gazelles, a badger with an unearthly cry, a weasel, and a wild boar with its young—a return not only to the house but to nature itself. The author decides to build a house where he would live with his wife and son, in whom he sees a renewal of life. The realization of his impending death also urges him to vocalize this experience, and he relates the progress of the disease at infrequent intervals. And, ultimately, he details the imaginative possibility of a return to life—to the earth, where he would be buried among the almond trees.

"Among the Almond Trees is a memoir transformed into a powerful testament; it glimpses beyond the horizon line of life and death into a place of art, memory, and the poetics of the ordinary. . . . A spiritual memoir that’s concerned with the mutability and impenetrability of language and life, Among the Almond Trees creates a taxonomy of presence and absence that makes continuity from seeming opposites, one that’s filled with nuance and largesse for both the Palestinian people and the nearer pain of Barghouthi’s own illness and looming death."

"By unearthing the fairytales that his mother told him in his youth and adding his own mythologization of the countryside, Barghouthi challenges the settler colonial imaginary of Palestine... The memoir's political power lies in its celebration of and contribution to the poetics of the Palestinian countryside... Ibrahim Muhawi's masterful translation of this highly complex memoir is a much-needed step in the further dissemination of Arabic autobiographical writing at the global stage."

"In his writings... Barghouthi strove to dull the sharp edges of whatever tries to obscure or diminish the very essence of human life."

"Stories have presence, which is what Barghouti brings forth in his memoir. The presence of Palestine permeates the book, and so does the author's presence, despite impending death."

After an absence of thirty years, I have returned to live in the countryside near ramallah— “returned to the beauty that had been betrayed.” I had exiled myself from my beginnings voluntarily and chosen to live as an expatriate. Yet I am one who has perfected “beginnings,” but not “endings.” My return, therefore, is an imperfect “ending.”’

The moon was full and the air freezing as I walked among the shadows of the almond trees in the orchards around our house contemplating this “ending.” What had made me comeback was the disease of cancer, and a pain in my lower back unceasing to the point of tedium. And boredom, as Kierkegaard said, “is so terrifying that I cannot but say it is terrifying to the point of boredom.” My sickness has now come to be my outlook on life.

There was no space for me at all in the action of the intifada except to haunt the ramallah Hospital, as it has now become my Kaaba, or last Wailing Wall.3But here there is room for me between   the   new   births   on   the   upper   floor   and   the   morgue refrigerator below. I mean I am infirm, wandering around on the outskirts of things, on the edge of what is happening. For example, in the hospital’s strange hallways, inhabited by beings with green caps and green gowns, a pathologist walks behind gurneys that carry anesthetized people who have not woken up, or will never awaken. At the emergency entrance there is a bottleneck of ambulances with red crescents like the one I used to see in the sky behind the mountains. All around me are the martyred and the wounded, and I am roaming the hallways asking about the hematologist. A nurse answers nervously, “We’re in a situation of emergency. Can’t you see?” Then I realize I am a superfluous person, an obtrusive sick man moving toward his destiny, alone with his worries. I’m not a visitor here, or a healthy person, or a wounded youth, or about to become a martyr, but just an “ordinary sick person,” an expression that is caught between the dictionary of the living and the dead—between the new birth son the upper floor and the morgue refrigerator on the lower. What should a human being feel who can observe what is going on but is forbidden from “interfering” and whose nose is filled with the smell of medicines rather than saffron, what should his feeling be between two floors?

That is what made me return to the countryside, to a beauty that I had betrayed before—a return whose plot had not been perfected.

I had been planning my return for a long time and visited the mountains of my childhood at night. The moon was full and the silence complete in the ruins of an ancient monastery at the summit of a mountain far from the village. I stood there, con-templating beginnings and endings. Suddenly something really strange took place. I heard something that sounded exactly like the crying of a small child coming from the moonlit fig and olive orchards. My hair stood on end with amazement. I peered deep into the details of the darkness and the pale boulders but saw nobody. The sound seemed as if it had come from an invisible being in these fields.


When the packs of wolves descend from the north, dragging their asses through the snow, howling and setting the locked barns and throats of dogs ablaze, I hear Dinoka’s death rattle.

In the watermelon fields around the villages, the sky used to scatter, revealing a void canopied by spider webs and policemen’s caps. Dinoka emerges naked, leading a pack of hyenas in a direction empty of shrapnel.

What shall I say to the hunters who saddle their hounds on the slopes of Sinjar and the mountains of Abdelaziz? You are hiding somewhere, perhaps in a barn, breathing in the earth and the mangers. You are grand, damp, and haunted by the harvest and by me.

There were more and more of them, day after day . . . From Taskent, Khuzestan, Armenia and southwest Russia. They carried their sail sand bundles of fern to the peninsula, without shoes or scythes. You were too young to realize how much they needed water; how much they needed a madwoman or a widow to bury deep in the cracks of wilderness, so she could sprout lentils and grasshoppers in the years of exodus. You didn’t know how the trench between Amuda and Mosissana brims with the carcasses of mule and amputated limbs. You didn’t know from where the Bedouins get French rifles, and why they swell at the edges of the village before attacking with cloaks wrapped around their heads.

It is said: You sprang forth from the direction of wilderness, and Breva sprang from there too. From the direction of wilderness, God sprang forth and from there too sprang wonder and the bullet casings children dug from the palace garbage. It is said you returned with a flock of merry ewes and a single ram that heaved like a warrior over every spot wet with urine.

I am tired. I don’t hear your voice when I behold the hillsides of M‘airika and the hay-heavy carts of the Kurds.