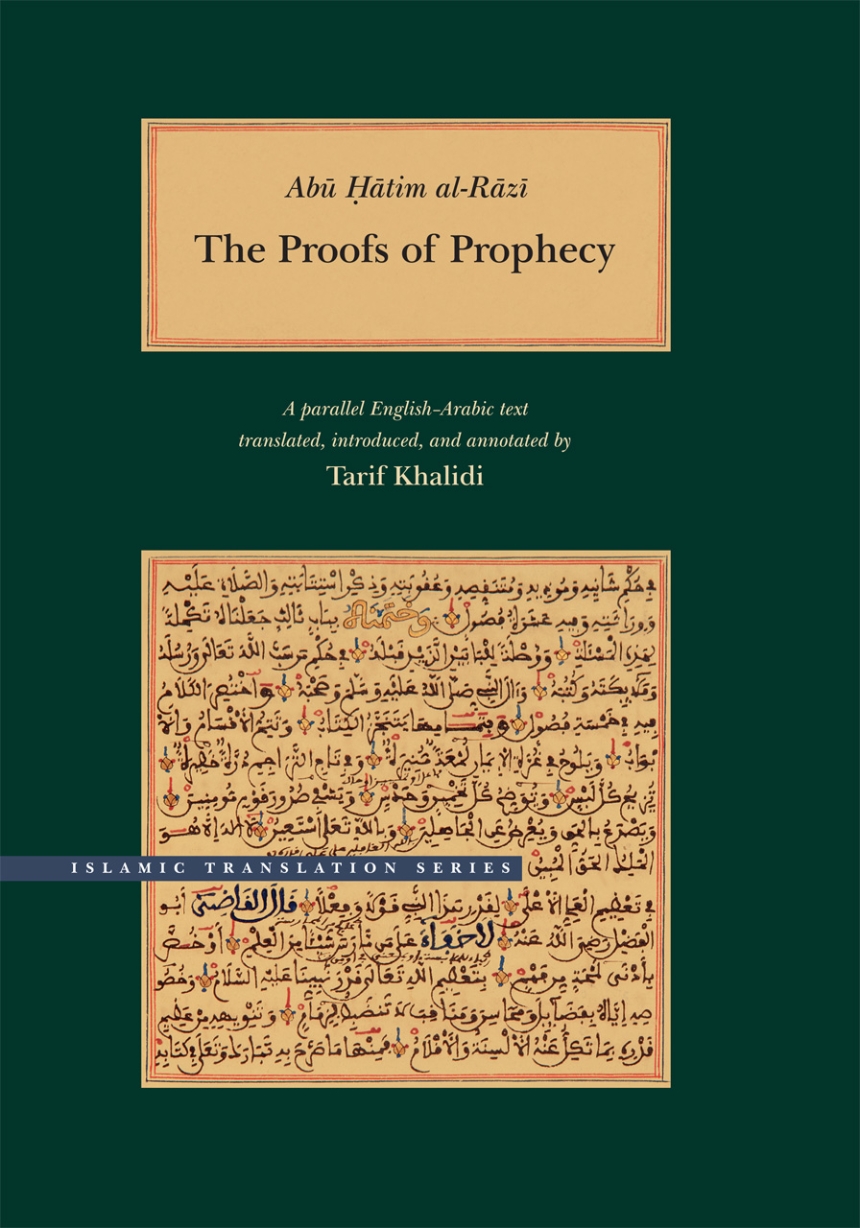 Translated, Introduced, and Annotated by Tarif Khalidi
This book is the record of a debate that took place in the early tenth century between the famous Ismaili missionary Abu Hatim al-Razi and the even more celebrated Abu Bakr al-Razi , a physician and philosopher who was known to medieval Europe as “Rhazes.” These two were towering figures of premodern Islamic thought, and their debate over the dogmatic lines between Sunni and Shi’i theological positions serves to illuminate some of the most intellectually exciting topics of medieval Islamic culture. Abu Hatim, in particular, marshals evidence for his position from the Quran, the hadith, and pre-Islamic Arabic poetry as well as from the Jewish and Christian scriptures. This fresh, vivid debate still holds excitement for modern readers who are interested not merely in medieval Islam but in Christian thought as well.

“The Proofs of Prophecy is an important contribution to the burgeoning body works in Islamic intellectual history, and as such, it would be of interest to both students and scholars of Islamic philosophy and comparative religion.”

Foreword to the Series
Notes on Conventions
Acknowledgments
Translator’s Introduction