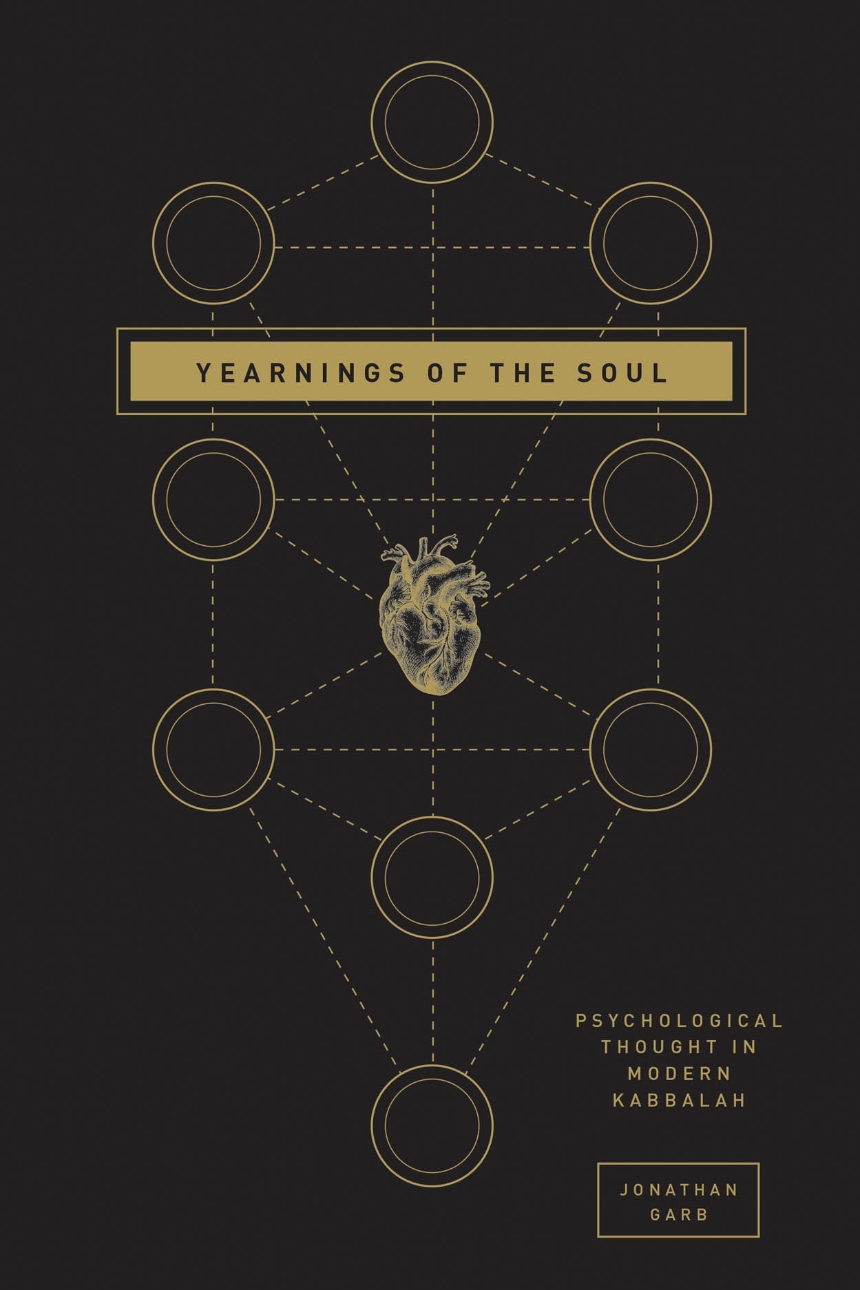 Yearnings of the Soul

Yearnings of the Soul

In Yearnings of the Soul, Jonathan Garb uncovers a crucial thread in the story of modern Kabbalah and modern mysticism more generally: psychology. Returning psychology to its roots as an attempt to understand the soul, he traces the manifold interactions between psychology and spirituality that have arisen over five centuries of Kabbalistic writing, from sixteenth-century Galilee to twenty-first-century New York. In doing so, he shows just how rich Kabbalah’s psychological tradition is and how much it can offer to the corpus of modern psychological knowledge.

Garb follows the gradual disappearance of the soul from modern philosophy while drawing attention to its continued persistence as a topic in literature and popular culture. He pays close attention to James Hillman’s “archetypal psychology,” using it to engage critically with the psychoanalytic tradition and reflect anew on the cultural and political implications of the return of the soul to contemporary psychology. Comparing Kabbalistic thought to adjacent developments in Catholic, Protestant, and other popular expressions of mysticism, Garb ultimately offers a thought-provoking argument for the continued relevance of religion to the study of psychology.

“For anyone who studies Kabbalah, it is clear that that subject’s most relevant cognate discipline is psychology. In Jungian terms, the lists and diagrams of collective archetypes made by Jung and, particularly, his student Erich Neumann, overlap as much as eighty percent on the subject listings of kabbalistic lexicons from the sixteenth century to the present. Gershom Scholem, the organizer of the field, often averred that Hasidism, the leading expression of Jewish mysticism in modernity, was distinguished by its imbuing of metaphysical ideas with internalized, psychological resonance. Now Jonathan Garb has come to move the calendar back and show that the psychological content of kabbalistic writing asserts itself far earlier than once thought.”

Journal of the American Academy of Religion

“In Yearnings of the Soul: Psychological Thought in Modern Kabbalah, Jonathan Garb, the Gershom Scholem Professor in the Department of Jewish Thought at the Hebrew University of Jerusalem, explores the rich psychological tradition in modern Kabbalah and modern mysticism. Tracing Kabbalistic writing from sixteenth-century Safed to contemporary New York, he shows how both psychoanalysis and modern Kabbalah have been expressions of the process of modernization.”

"This is a very sophisticated study that makes a thought-provoking body of literature, modern Kabbalah, accessible to intelligent readers with no previous knowledge of the field and shows these readers the depth, significance, and relevance of this literature and its authors. It is a remarkable achievement that belongs in any collection dealing with contemporary religion—Jewish or otherwise."

"Yearnings of the Soul is a valuable contribution to multiple worlds of scholarship. For academics working in the field of Jewish mysticism, Garb’s work offers new directions for scholarship and helps to define the field of modern Kabbalah. It is also an important reminder that we scholars of Jewish studies inhabit a world of broader disciplines. The scholarship of Jewish thought need not be restricted to diachronic history of ideas within the unadulterated universe of purely Jewish orbits. And for scholars of religion, Yearnings of the Soul is a fascinating case study in the development of a tradition in a wide variety of cultural contexts; it is a rich tale of particulars with wide-reaching implications."

The Soul of Scholarship

“Once again, Garb has given us a pathbreaking book, this time on the return of the soul into academic discourse after a long neglect and silencing. This is no naive return to simple belief or some premodern certainty, however. This is a rigorously historical study of how modern psychological ideas are indebted to and bound up with various mystical practices and ideas, including those of modern Kabbalah from Luria onwards. This is an argument about how we cannot understand modernity itself, or better, our multiple modernities, without taking into account these same esoteric practices and teachings. I was particularly moved by Garb’s discussion of the textuality of soul via the motifs of the soul of the Torah, the self-text, and Torah study as soul-making. This is yet another sign that the study of religion is returning to its deeper historical roots, which is to say its mystical-critical roots, but now on another level of reflexivity and sophistication.”

Jeffrey J. Kripal, author of The Serpent’s Gift: Gnostic Reflections on the Study of Religion

“Yearnings of the Soul is a masterful inquiry into Kabbalistic traditions about the soul that takes full advantage of modern theories of psychology. In this study, Garb offers an erudite argument about the development of Jewish spirituality from the early modern period through present times. This is a fine interdisciplinary study that brings together close readings of mystical texts with the tools of critical theory as developed in the academy over the last century.”

“An original, pathbreaking study of the renderings of the ‘heart and soul’ in the works of major, minor, and even obscure (but important) figures that dot the landscape of modern Kabbalah. In his panoramic sweep, Garb has unearthed a treasure trove of neglected figures and texts, bringing into dialogue their views on heart and soul with those found in other religious and secular authorities. The result is nothing short of astonishing.”

William Parsons, author of Freud and Augustine in Dialogue: Psychoanalysis, Mysticism, and the Culture of Modern Spirituality

1 The Return of the Soul: Psychology and Modern Kabbalah
2 The Safedian Revolution
3 Psychological Theories
4 National Psychology
5 The Soul and the Heart in Twentieth-­Century Kabbalah
6 Modern Mystical Psychology: A Comparative View
7 The Soul of the Nomian

Appendix: The Soul in the Work Binyan Shmu’el