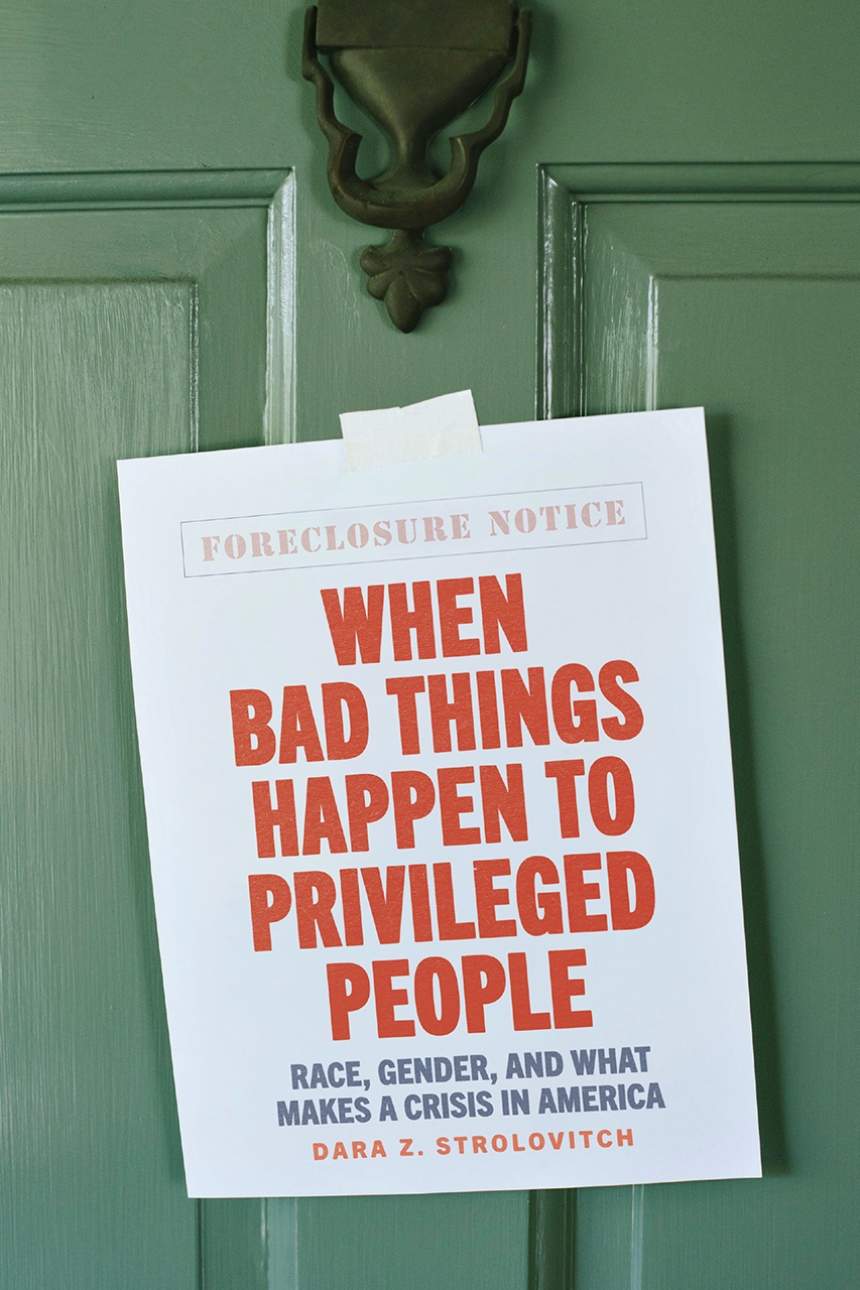 Race, Gender, and What Makes a Crisis in America

Race, Gender, and What Makes a Crisis in America

A deep and thought-provoking examination of crisis politics and their implications for power and marginalization in the United States.

From the climate crisis to the opioid crisis to the Coronavirus crisis, the language of crisis is everywhere around us and ubiquitous in contemporary American politics and policymaking. But for every problem that political actors describe as a crisis, there are myriad other equally serious ones that are not described in this way. Why has the term crisis been associated with some problems but not others? What has crisis come to mean, and what work does it do?

In When Bad Things Happen to Privileged People, Dara Z. Strolovitch brings a critical eye to the taken-for-granted political vernacular of crisis.  Using systematic analyses to trace the evolution of the use of the term crisis by both political elites and outsiders, Strolovitch unpacks the idea of “crisis” in contemporary politics and demonstrates that crisis is itself an operation of politics. She shows that racial justice activists innovated the language of crisis in an effort to transform racism from something understood as natural and intractable and to cast it instead as a policy problem that could be remedied.  Dominant political actors later seized on the language of crisis to compel the use of state power, but often in ways that compounded rather than alleviated inequality and injustice. In this eye-opening and important book, Strolovitch demonstrates that understanding crisis politics is key to understanding the politics of racial, gender, and class inequalities in the early twenty-first century.

Part II           Foreclosure Crises and Non-Crises
Chapter 4        When Does a Crisis Begin?
Chapter 5        How to Semantically Mask a Crisis
Conclusion and Epilogue. Will These Crises Go to Waste?
Appendices. Overview of Sources and Methods
A Working with Textual Data: Caveats and Considerations
B Sources, Methods, and Coding Protocols
C List of Main Sources of Data and Evidence
D Supplementary Figures and Tables
Notes
Bibliography
Index