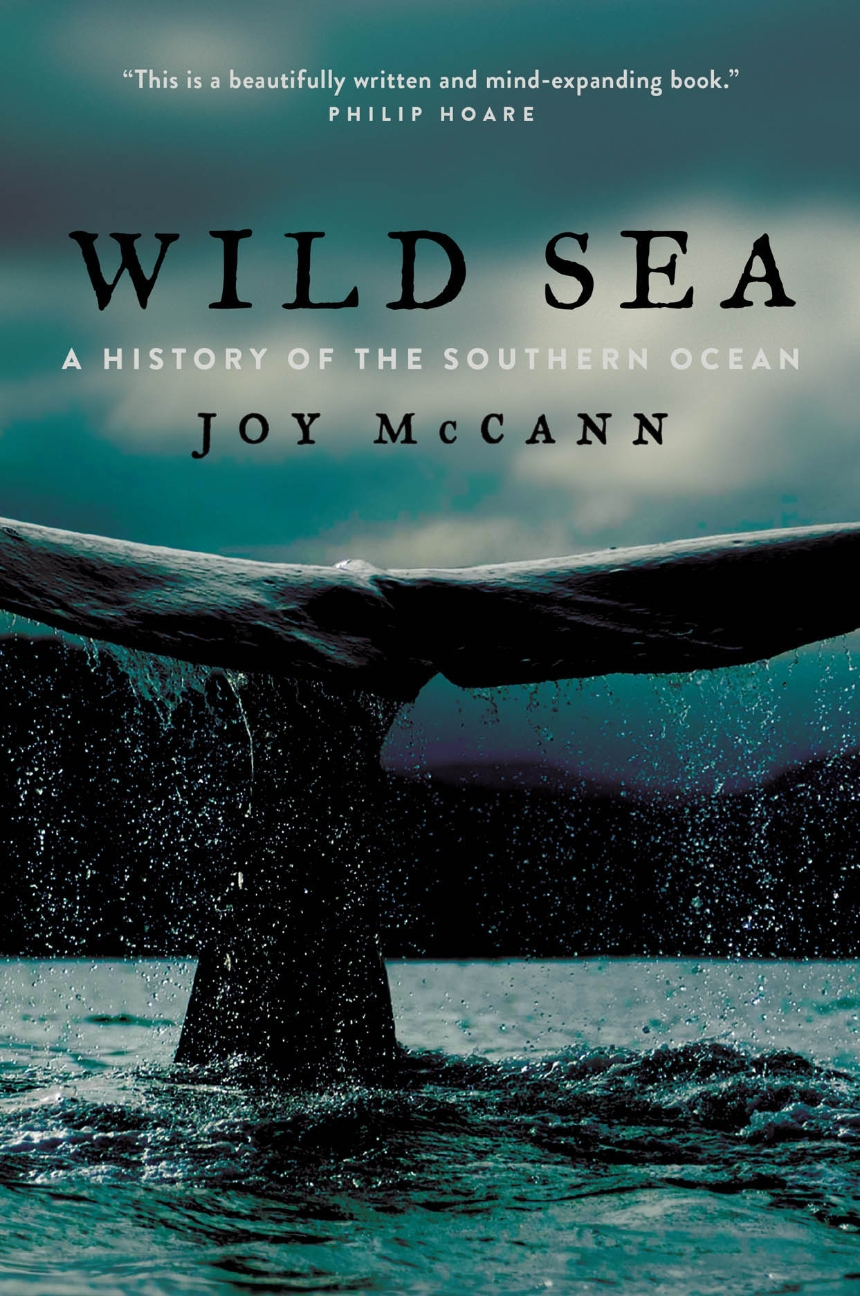 A History of the Southern Ocean

A History of the Southern Ocean

“The Southern Ocean is a wild and elusive place, an ocean like no other. With its waters lying between the Antarctic continent and the southern coastlines of Australia, New Zealand, South America, and South Africa, it is the most remote and inaccessible part of the planetary ocean, the only part that flows around Earth unimpeded by any landmass. It is notorious amongst sailors for its tempestuous winds and hazardous fog and ice. Yet it is a difficult ocean to pin down. Its southern boundary, defined by the icy continent of Antarctica, is constantly moving in a seasonal dance of freeze and thaw. To the north, its waters meet and mingle with those of the Atlantic, Indian, and Pacific Oceans along a fluid boundary that defies the neat lines of a cartographer.”

So begins Joy McCann’s Wild Sea, the remarkable story of the world’s remote Southern, or Antarctic, Ocean. Unlike the Pacific, Atlantic, Indian, and Arctic Oceans with their long maritime histories, little is known about the Southern Ocean. This book takes readers beyond the familiar heroic narratives of polar exploration to explore the nature of this stormy circumpolar ocean and its place in Western and Indigenous histories. Drawing from a vast archive of charts and maps, sea captains’ journals, whalers’ log books, missionaries’ correspondence, voyagers’ letters, scientific reports, stories, myths, and her own experiences, McCann embarks on a voyage of discovery across its surfaces and into its depths, revealing its distinctive physical and biological processes as well as the people, species, events, and ideas that have shaped our perceptions of it. The result is both a global story of changing scientific knowledge about oceans and their vulnerability to human actions and a local one, showing how the Southern Ocean has defined and sustained southern environments and people over time.

Beautifully and powerfully written, Wild Sea will raise a broader awareness and appreciation of the natural and cultural history of this little-known ocean and its emerging importance as a barometer of planetary climate change.

“A sensitive portrait of a complex ecosystem, from krill to blue whales, and of the ice, winds, and currents that are critical to the circulation of the world’s oceans.”

"This bracing history charts the myths, the exploration, and the inhabitants of the all-too-real and wild circumpolar ocean to our south. It's a vast and potentially unwieldy subject that McCann deftly distills to its essentials, from the ocean's winds and icy currents to the krill that sustain its depths and the albatross that cruise its skies."

"A hymn to connection and wonder, and a recognition of the myriad ways in which the Southern Ocean touches all of us."

"Wild Sea is a well-researched, informative, and easy-to-digest book built on a vast archive of whaler’s logbooks, scientific reports, stories, and myths to tell the environmental and cultural history of the mysterious Southern Ocean...a highly recommended introduction to anyone interested in the history of the Southern Ocean, and it will ultimately raise a broader awareness of the vulnerability of its inhabitants, from tiny krill to majestic whales and albatrosses, and its emerging importance as a barometer of planetary climate change."