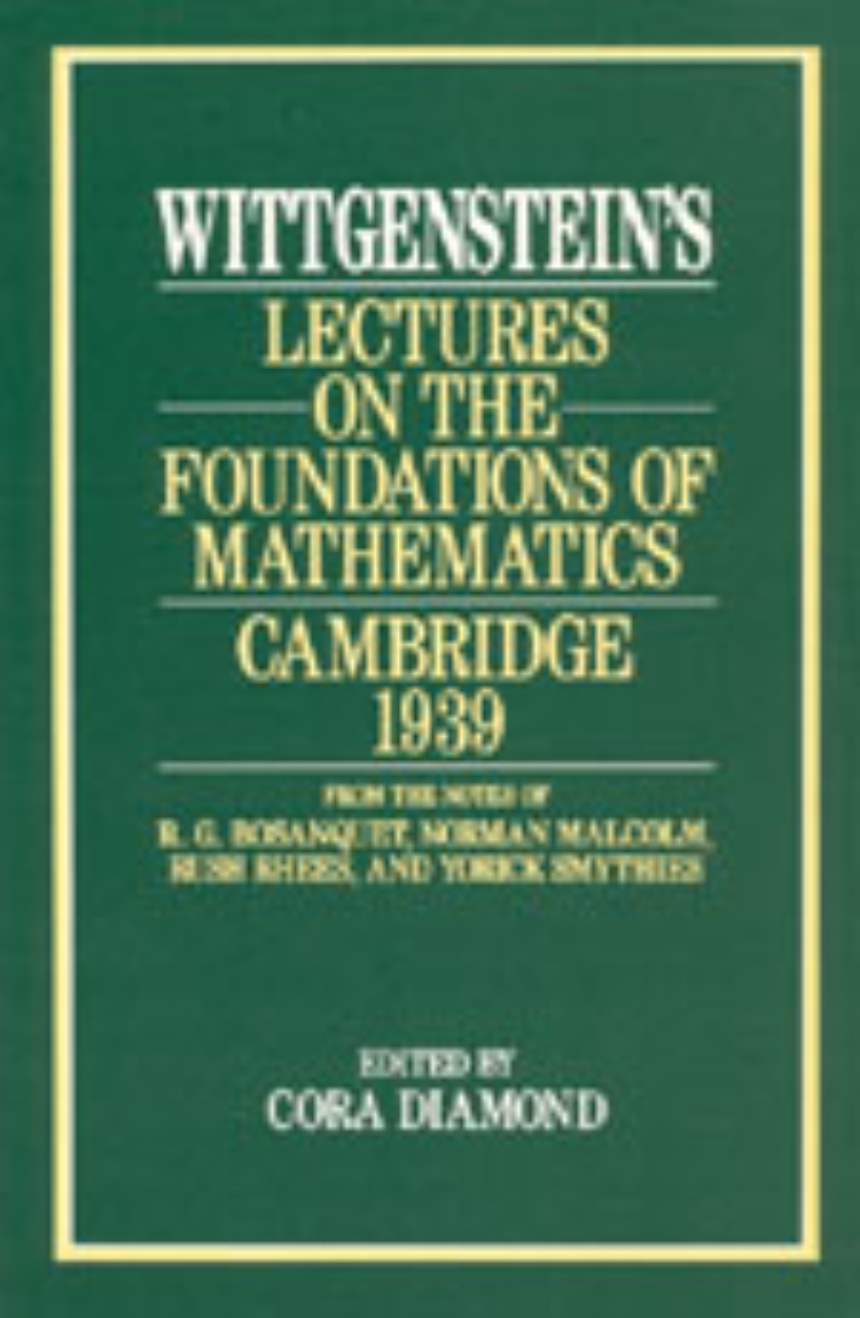 Wittgenstein’s Lectures on the Foundations of Mathematics, Cambridge, 1939

Wittgenstein’s Lectures on the Foundations of Mathematics, Cambridge, 1939

Edited by Cora Diamond
From the Notes of R. G. Bosanquet, Norman Malcom, Rush Rhess, and Yorick Smythies
For several terms at Cambridge in 1939, Ludwig Wittgenstein lectured on the philosophical foundations of mathematics. A lecture class taught by Wittgenstein, however, hardly resembled a lecture.

He sat on a chair in the middle of the room, with some of the class sitting in chairs, some on the floor. He never used notes. He paused frequently, sometimes for several minutes, while he puzzled out a problem. He often asked his listeners questions and reacted to their replies. Many meetings were largely conversation.

These lectures were attended by, among others, D. A. T. Gasking, J. N. Findlay, Stephen Toulmin, Alan Turing, G. H. von Wright, R. G. Bosanquet, Norman Malcolm, Rush Rhees, and Yorick Smythies. Notes taken by these last four are the basis for the thirty-one lectures in this book.

The lectures covered such topics as the nature of mathematics, the distinctions between mathematical and everyday languages, the truth of mathematical propositions, consistency and contradiction in formal systems, the logicism of Frege and Russell, Platonism, identity, negation, and necessary truth. The mathematical examples used are nearly always elementary.