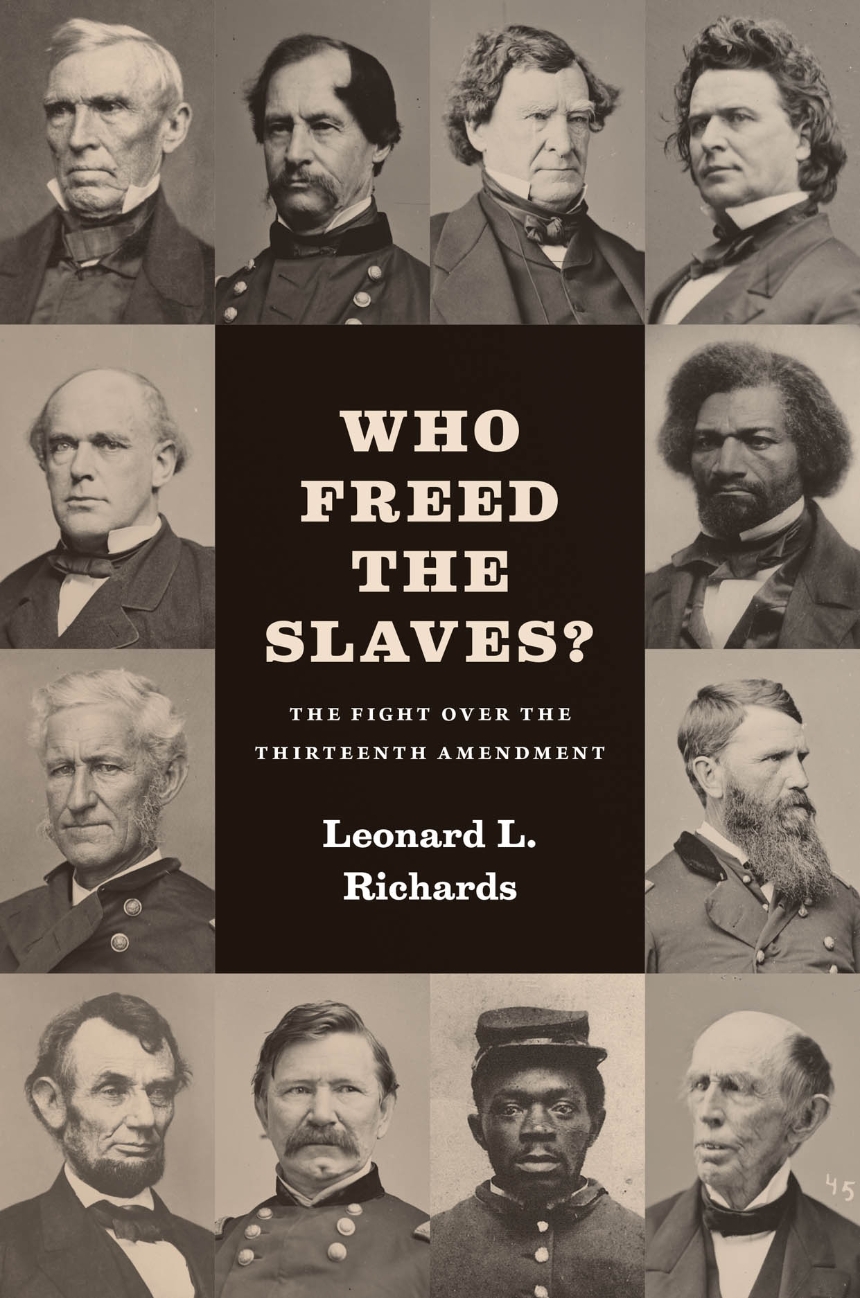 Who Freed the Slaves?

The Fight over the Thirteenth Amendment

Who Freed the Slaves?

The Fight over the Thirteenth Amendment

In the popular imagination, slavery in the United States ended with Abraham Lincoln’s Emancipation Proclamation. The Proclamation may have been limited—freeing only slaves within Confederate states who were able to make their way to Union lines—but it is nonetheless generally seen as the key moment, with Lincoln’s leadership setting into motion a train of inevitable events that culminated in the passage of an outright ban: the Thirteenth Amendment.

The real story, however, is much more complicated—and dramatic—than that. With Who Freed the Slaves?, distinguished historian Leonard L. Richards tells the little-known story of the battle over the Thirteenth Amendment, and of James Ashley, the unsung Ohio congressman who proposed the amendment and steered it to passage. Taking readers to the floor of Congress and the back rooms where deals were made, Richards brings to life the messy process of legislation—a process made all the more complicated by the bloody war and the deep-rooted fear of black emancipation. We watch as Ashley proposes, fine-tunes, and pushes the amendment even as Lincoln drags his feet, only coming aboard and providing crucial support at the last minute. Even as emancipation became the law of the land, Richards shows, its opponents were already regrouping, beginning what would become a decades-long—and largely successful—fight to limit the amendment’s impact.

Who Freed the Slaves? is a masterwork of American history, presenting a surprising, nuanced portrayal of a crucial moment for the nation, one whose effects are still being felt today.
Read an excerpt.

"This study of the political drive toward the complete abolition of slavery is most welcome. Leonard Richards has rescued from obscurity James Ashley, who managed the course of the Thirteenth Amendment through the House of Representatives. The reader will come away with greater appreciation for the courage and skill of those antislavery leaders who never gave up and eventually triumphed."

"Richards centers his narrative on Ohio Congressman James M. Ashley . . . [and] makes a spirited case that James Ashley breathed life into the Thirteenth Amendment. He writes with verve and flair. His muscular prose reminds us that this was an era of no-holds-barred political combat."

"Richards has waded into the debate with a combination of narrative and analysis focusing mainly on the political players and factors that shaped the movement toward the amendment. . . . Richards finds the pivot for his story in the efforts of James Ashley, a Radical Republican congressman from Ohio who had been a stalwart early opponent of slavery. Throughout the book, Ashley’s story unfolds, including the political difficulties he faced at home, the principles he upheld (and his regret when he failed to uphold them), and his support for and management of the Thirteenth Amendment in the House of Representatives. . . . [Richards] has woven an excellent account of the road to the Thirteenth Amendment. That road had many bumps and detours, and thanks to this book, we now know better how it was traveled."

Michael S. Green | The Journal of the Civil War Era

"Richards helps restore the Thirteenth Amendment to the central place it should hold in the story of the Civil War. He also sketches a picture of Lincoln that contrasts with his popular image as the Great Emancipator."

"Richards has produced a solid contribution to the scholarly literature on the Thirteenth Amendment."

"Richards . . . has given us a compelling and multi-faceted account of how the antislavery movement achieved its definitive triumph in the form of the 13th Amendment to the Constitution.. . . Richards has produced a very rich account--a veritable gold mine of information--that consists of many overlapping stories: stories of how the overall strategies of different kinds of slavery opponents developed; stories of how different individuals, groups, and key episodes played out as the violent struggle over slavery in America unfolded."

Chapter One: The Old Order and Its Defenders

Chapter Three: To a White and Black Man’s War

Chapter Seven: The Enforcement Clause and Its Enemies

Appendix A: A Historiographical Note

Appendix B: Significant Dates in the History of the Civil War and Thirteenth Amendment