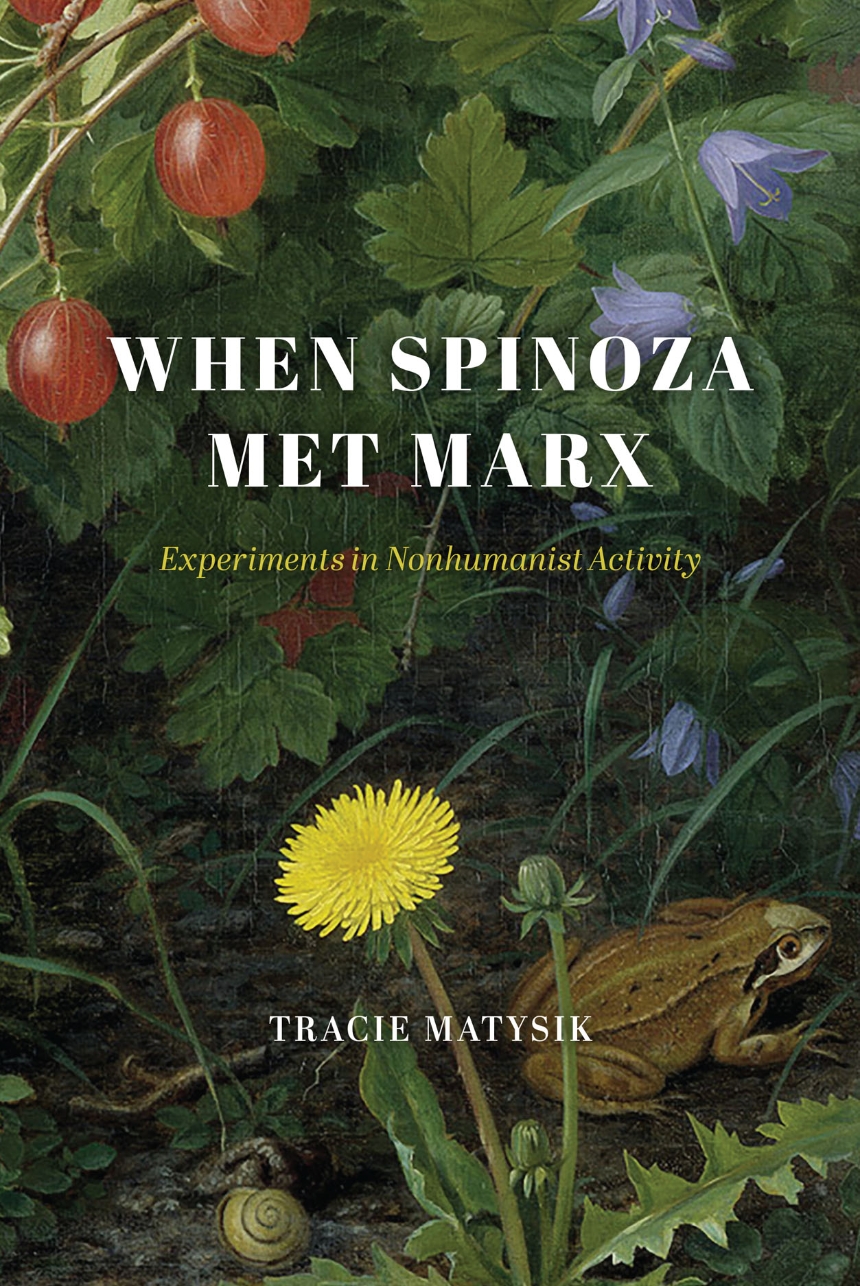 Explores concepts that bring together the thinking of Spinoza and Marx.

Karl Marx was a fiery revolutionary theorist who heralded the imminent demise of capitalism, while Spinoza was a contemplative philosopher who preached rational understanding and voiced skepticism about open rebellion. Spinoza criticized all teleological ideas as anthropomorphic fantasies, while Marxism came to be associated expressly with teleological historical development. Why, then, were socialists of the German nineteenth century consistently drawn to Spinoza as their philosophical guide? Tracie Matysik shows how the metaphorical meeting of Spinoza and Marx arose out of an intellectual conundrum around the meaning of activity. How is it, exactly, that humans can be fully determined creatures but also able to change their world? To address this paradox, many revolutionary theorists came to think of activity in the sense of Spinoza—as relating. Matysik follows these Spinozist-socialist intellectual experiments as they unfolded across the nineteenth century, drawing lessons from them that will be meaningful for the contemporary world.

“Matysik has written a thoughtful, deeply researched, and elegantly structured intellectual history that fastens our attention on certain key chapters in the European reception of Spinoza’s philosophy. When Spinoza Met Marx is an excellent book, and it deserves considerable attention from readers in modern European intellectual history and from anyone interested in the modern fortunes of Marxism and posthumanist social theory.”

“When Spinoza Met Marx is essential reading. It fills a gap in the history of European Spinozism, and it provides a new context for the histories of Marxism and socialism—one that it is crucial to understand as scholars and political actors seek to adapt Marxist frameworks to ongoing matters of social and environmental justice. It also provides a new intellectual history of nineteenth-century German political thought that is truly innovative in its approach.”