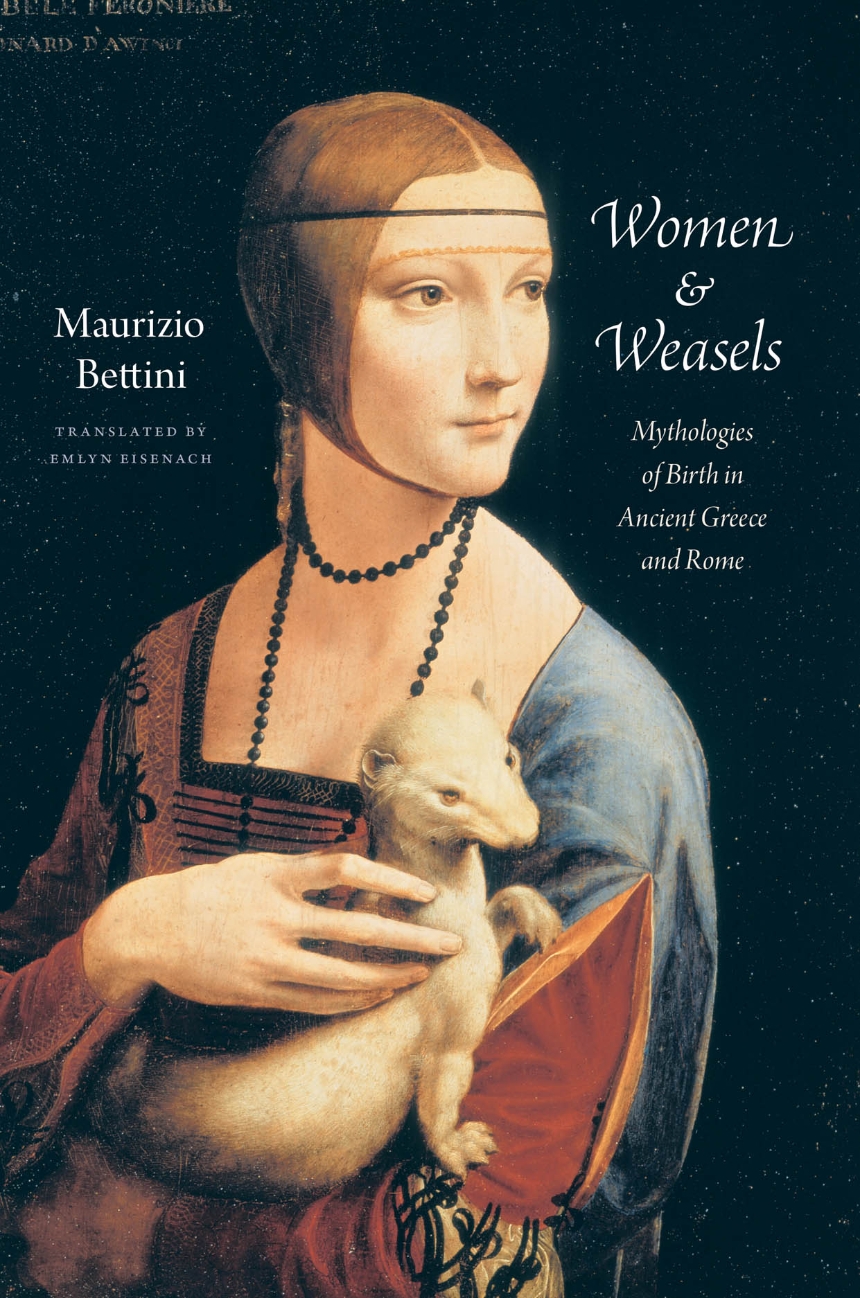 Mythologies of Birth in Ancient Greece and Rome

Mythologies of Birth in Ancient Greece and Rome

Translated by Emlyn Eisenach
If you told a woman her sex had a shared, long-lived history with weasels, she might deck you. But those familiar with mythology know better: that the connection between women and weasels is an ancient and favorable one, based in the Greek myth of a midwife who tricked the gods to ease Heracles’s birth—and was turned into a weasel by Hera as punishment. Following this story as it is retold over centuries in literature and art, Women and Weasels takes us on a journey through mythology and ancient belief, revising our understanding of myth, heroism, and the status of women and animals in Western culture.Maurizio Bettini recounts and analyzes a variety of key literary and visual moments that highlight the weasel’s many attributes. We learn of its legendary sexual and childbearing habits and symbolic association with witchcraft and midwifery, its role as a domestic pet favored by women, and its ability to slip in and out of tight spaces. The weasel, Bettini reveals, is present at many unexpected moments in human history, assisting women in labor and thwarting enemies who might plot their ruin. With a parade of symbolic associations between weasels and women—witches, prostitutes, midwives, sisters-in-law, brides, mothers, and heroes—Bettini brings to life one of the most venerable and enduring myths of Western culture.

“The translation of Maurizio Bettini’s Women and Weasels is a major event for classical studies, women’s studies, and animal studies. Starting from a rather obscure Greek myth linking childbirth with the weasel, Bettini’s remarkable erudition uncovers a lost world of human-animal relations that spans epochs and continents. Its seamless weave of folklore, mythography, anthropology, literary criticism, critical theory, and zoology is both a model of transdisciplinary achievement and an absorbing, brilliantly told tale for the everyday reader.”

“This is a book of sublime humanism, marrying investigative rigor and conspicuous compassion in a work that traces the persistent expression of an idea from archaic Greece, across classical and medieval Europe, to an early twentieth-century rural American South. That idea persists because it captures a desperation that lies at the very core of the survival-driven human species—the shadowed mystery and potential peril of the conception and bringing forth of one living body from another. Reading Women and Weasels, one is reminded again why Maurizio Bettini is recognized not only as one of Italy’s leading public intellectuals but also as a scholar of uncommon sensitivity and perceptivity, supremely in touch with the life of ancient humanity.”

I The Story of Alcmene Saved by the Weasel

1 The Story
2 La Folia
3 The Woman in Labor
4 The Enemy
5 The Knots
6 The Resolution
7 The Rescuer
8 The First Identity of the Rescuer
9 Dissonance? Pliny and Birth through the Mouth

10 The Forest of Symbols Is Full of Animals
11 The Weasel-Rescuer Is a Complicated Character
12 Wilde Frau, Savage Midwife
13 Godmother Weasel
14 An Encyclopedia without Footnotes
Conclusion: Alcmene’s Thoughts
Notes
Index
Back to top