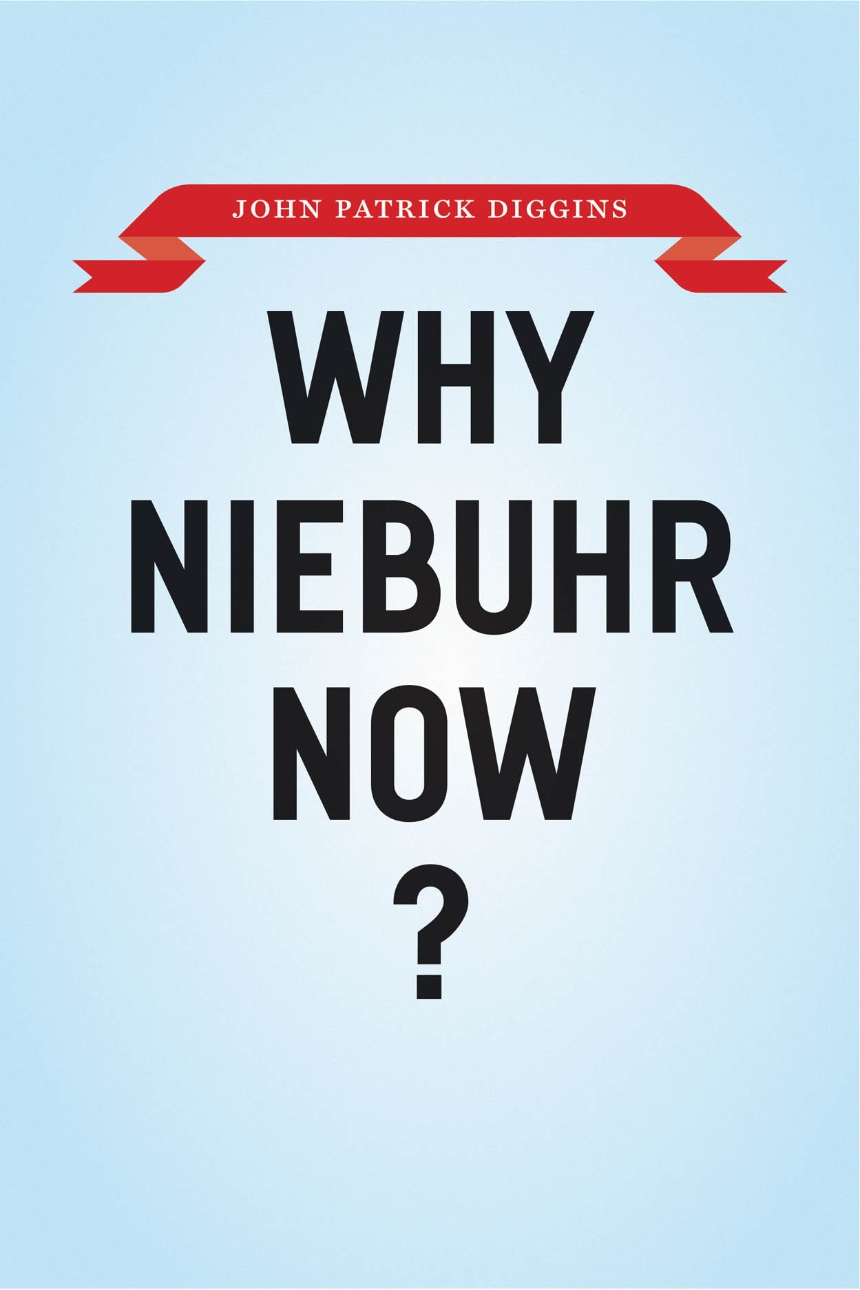 Barack Obama has called him “one of my favorite philosophers.” John McCain wrote that he is “a paragon of clarity about the costs of a good war.” Andrew Sullivan has said, “We need Niebuhr now more than ever.” For a theologian who died in 1971, Reinhold Niebuhr is maintaining a remarkably high profile in the twenty-first century.

In Why Niebuhr Now? acclaimed historian John Patrick Diggins tackles the complicated question of why, at a time of great uncertainty about America’s proper role in the world, leading politicians and thinkers are turning to Niebuhr for answers. Diggins begins by clearly and carefully working through Niebuhr’s theology, which focuses less on God’s presence than his absence—and the ways that absence abets the all-too-human sin of pride. He then shows how that theology informed Niebuhr’s worldview, leading him to be at the same time a strong opponent of fascism and communism and a leading advocate for humility and caution in foreign policy.

Turning to the present, Diggins highlights what he argues is a misuse of Niebuhr’s legacy on both the right and the left: while neoconservatives distort Niebuhr’s arguments to support their call for an endless war on terror in the name of stopping evil, many liberal interventionists conveniently ignore Niebuhr’s fundamental doubts about power. Ultimately, Niebuhr’s greatest lesson is that, while it is our duty to struggle for good, we must at the same time be wary of hubris, remembering the limits of our understanding.

The final work from a distinguished writer who spent his entire career reflecting on America’s history and promise, Why Niebuhr Now? is a compact and perceptive book that will be the starting point for all future discussions of Niebuhr.

“It is a genuine blessing that John Patrick Diggins left us this brilliant reflection on Reinhold Niebuhr. In crisp and eloquent prose, his book explains as well as anything I have seen why we are experiencing a revival of our appreciation for Niebuhr—and, more importantly, why this is a very good thing. Diggins, like Niebuhr, always defied philosophical pigeonholing and, also like Niebuhr, never sought to evade the most difficult moral questions. If one may say so, this match of subject and author was made in heaven.”

“Like many an American thinker skilled at enduring maxims, Niebuhr faced and still faces the problem of being reduced to an aphorist for that quintessential American product: the higher form of greeting card. In his final work, Diggins does the best any scholar possibly could to rescue Niebuhr from that fate.”

"A good introduction to the works of a complex man, it adroitly places Niebuhr’s thought among the 20th-century intellectual milieu that Mr Diggins spent a lifetime studying."

"Intriguing. . . . Diggins gets Niebuhr right because, like his subject, Diggins was never a person comfortable with the certainties of either anti-war leftism or triumphant neo-conservatism."

“Why Niebuhr Now? offers a series of wide-ranging and spirited meditations on Niebuhr’s intellectual contributions that will inspire those inclined to view Niebuhr’s thought in broad strokes.”

Introduction What We Can Learn from Reinhold Niebuhr

1 “Seek with Groans”: The Making of a Theologian
2 Religion: “A Recipe for Decadence”
3 The Closing of the European Mind
4 The Opening of the American Mind
5 The Cunning of American History
6 God Is Dead—Long Live Religion!