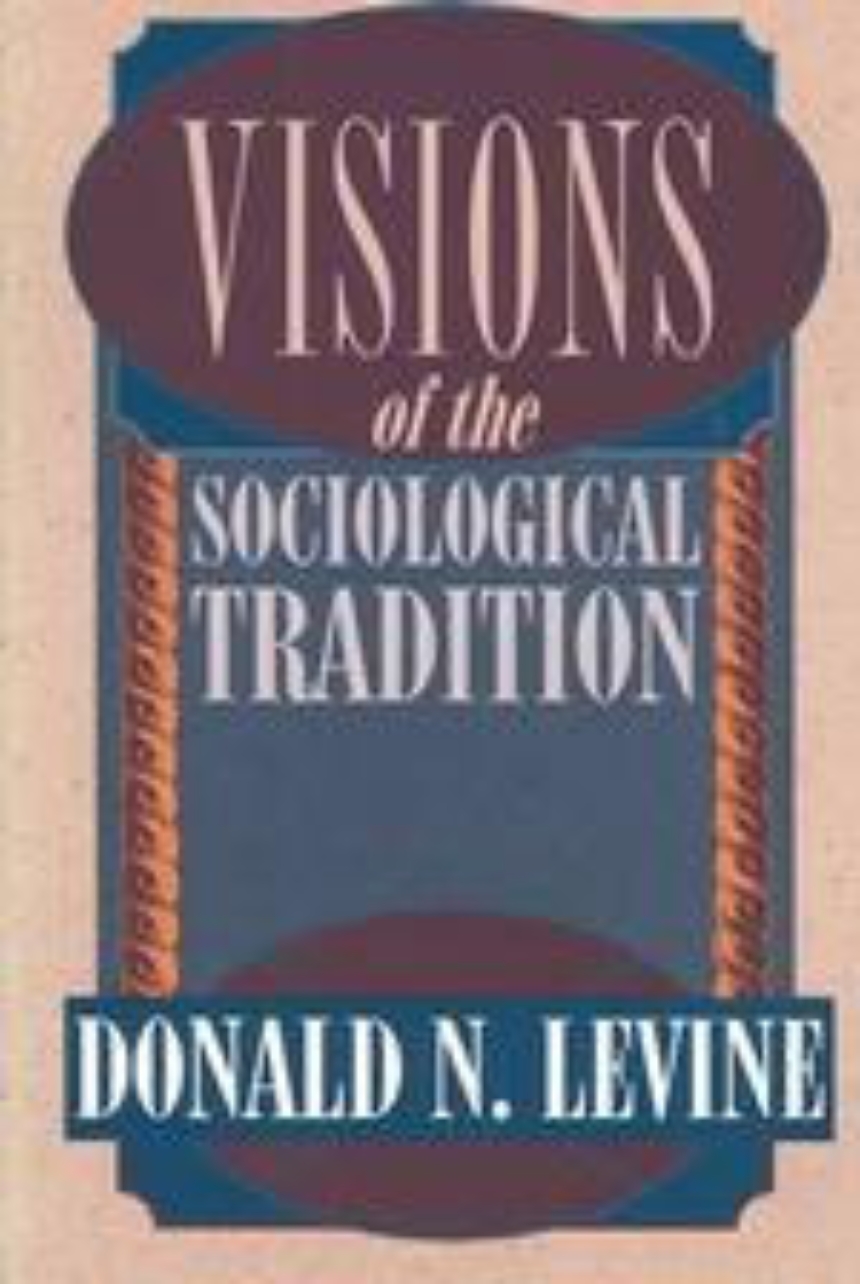 Visions of the Sociological Tradition

Visions of the Sociological Tradition

Don Levine moves from the origins of systematic knowledge in ancient Greece to the present day to present an account that is at once a history of the social science enterprise and an introduction to the cornerstone works of Western social thought.

"Visions" has three meanings, each of which corresponds to a part of the book. In Part 1, Levine presents the ways previous sociologists have rendered accounts of their discipline, as a series of narratives—or "life stories"—that build upon each other, generation to generation, a succession of efforts to envisage a coherent past for the sake of a purposive present.

In Part 2, the heart of the book, Levine offers his own narrative, reconnecting centuries of voices into a richly textured dialogue among the varied strands of the sociological tradition: Hellenic, British, French, German, Marxian, Italian, and American. Here, in a tour de force of clarity and conciseness, he tracks the formation of the sociological imagination through a series of conversations across generations. From classic philosophy to pragmatism, Aristotle to W. I. Thomas, Levine maps the web of visionary statements—confrontations and oppositions—from which social science has grown.

At the same time, this is much more than an expert synthesis of social theory. Throughout each stage, Levine demonstrates social knowledge has grown in response to three recurring questions: How shall we live? What makes humans moral creatures? How do we understand the world? He anchors the creation of social knowledge to ethical foundations, and shows for the first time how differences in those foundations disposed the shapers of modern social science—among them, Marshall and Spencer, Comte and Durkheim, Simmel and Weber, Marx and Mosca, Dewey and Park—to proceed in vastly different ways.

In Part 3, Levine offers a vision of the contemporary scene, setting the crisis of fragmentation in social sciences against the fragmentation of experience and community. By reconstructing the history of social thought as a series of fundamentally moral engagements with common themes, he suggests new uses for sociology’s intellectual resources: not only as insight about the nature of modernity, but also as a model of mutually respectful communication in an increasingly fractious world.

Sociology: History of Sociology, Theory and Sociology of Knowledge