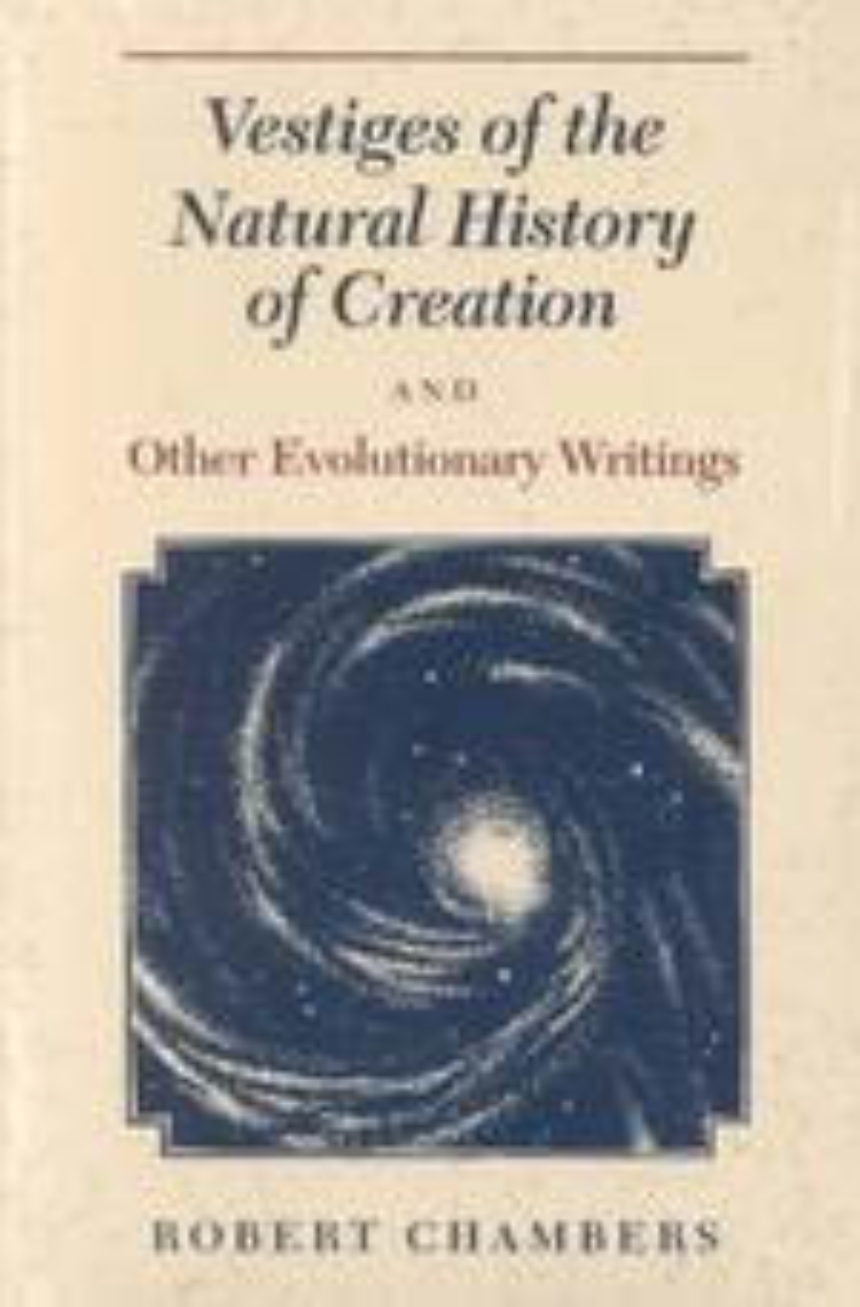 Vestiges of the Natural History of Creation and Other Evolutionary Writings

Vestiges of the Natural History of Creation and Other Evolutionary Writings

Edited and with an Introduction by James A. Secord
Originally published anonymously in 1844, Vestiges proved to be as controversial as its author expected. Integrating research in the burgeoning sciences of anthropology, geology, astronomy, biology, economics, and chemistry, it was the first attempt to connect the natural sciences to a history of creation. The author, whose identity was not revealed until 1884, was Robert Chambers, a leading Scottish writer and publisher. Vestiges reached a huge popular audience and was widely read by the social and intellectual elite. It sparked debate about natural law, setting the stage for the controversy over Darwin’s Origin. In response to the surrounding debate and criticism, Chambers published Explanations: A Sequel, in which he offered a reasoned defense of his ideas about natural law, castigating what he saw as the narrowness of specialist science.

With a new introduction by James Secord, a bibliography of reviews, and a new index, this volume adds to Vestiges and Explanations Chambers’s earliest works on cosmology, an essay on Darwin, and an autobiographical essay, raising important issues about the changing meanings of popular science and religion and the rise of secular ideologies in Western culture.

The Bodies of Space—Their arrangements and formation
Constituent materials of the Earth, and of the other Bodies of Space
The Earth formed—Era of the Primary Rocks
Commencement of Organic Life—Sea Plants, Corals, &c.
Era of the Old Red Sandstone—Fishes abundant
Secondary Rocks—Era of the Carboniferous Formation—Land formed—Commencement of Land Plants
Era of the New Red Standstone—Terrestrial Zoology commences with Reptiles—First traces of Birds
Era of the Oolite—Commencement of Mammalia
Era of the Cretaceous Formation
Era of the Tertiary Formation—Mammalia abundant
Era of the Superficial Formations—Commencement of present Species
General Considerations respecting the Origin of the Animated Tribes
Particular Considerations respecting the Origin of the Animated Tribes
Hypothesis of the Development of the Vegetable and Animal Kingdoms
Macleay System of Animated Nature—This System considered in connexion with the Progress of Organic Creation, and as indicating the natural status of Man
Early History of Mankind
Mental Constitution of Animals
Purpose and General Condition of the Animated Creation
Note Conclusory