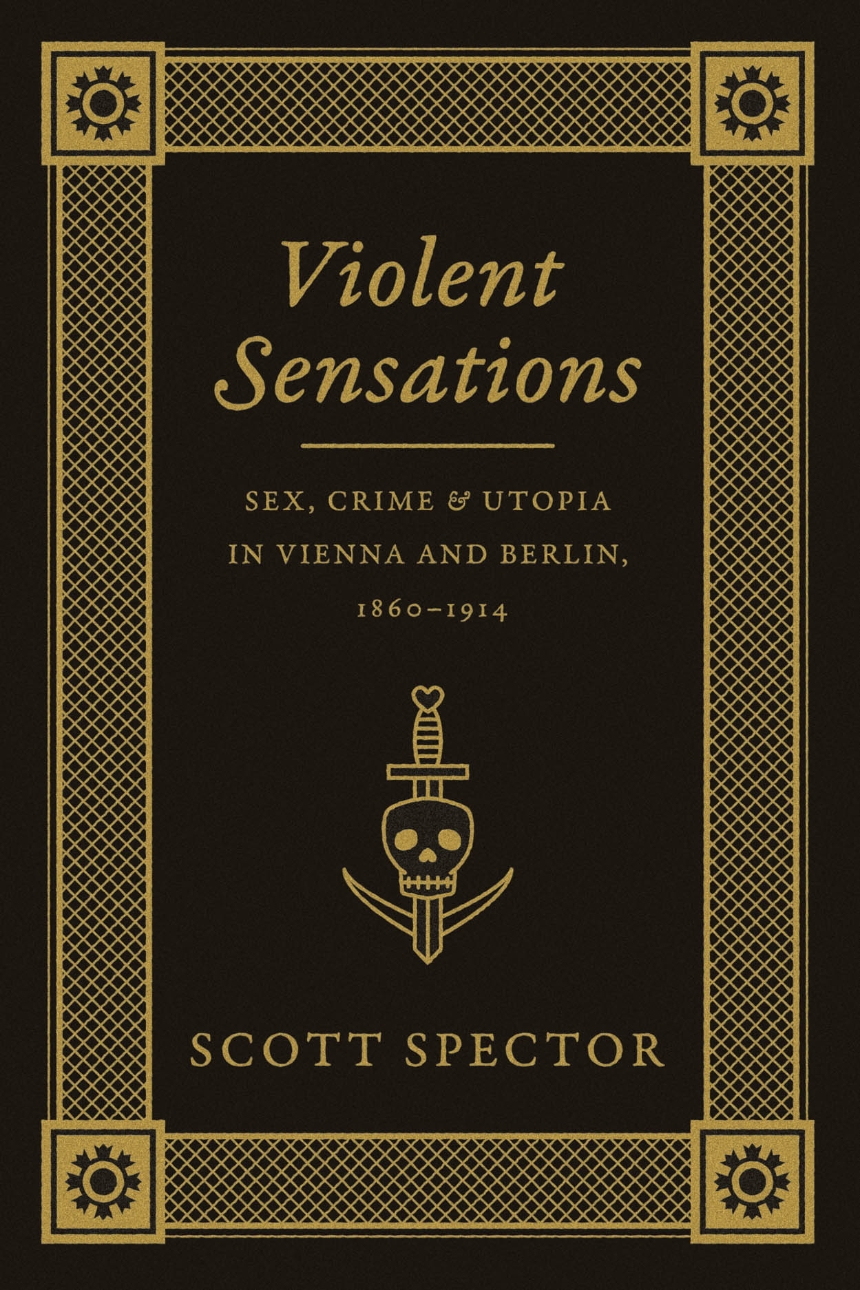 Around the turn of the twentieth century, Vienna and Berlin were centers of scientific knowledge, accompanied by a sense of triumphalism and confidence in progress. Yet they were also sites of fascination with urban decay, often focused on sexual and criminal deviants and the tales of violence surrounding them. Sensational media reports fed the prurient public’s hunger for stories from the criminal underworld: sadism, sexual murder, serial killings, accusations of Jewish ritual child murder—as well as male and female homosexuality.

In Violent Sensations, Scott Spector explores how the protagonists of these stories—people at society’s margins—were given new identities defined by the groundbreaking sciences of psychiatry, sexology, and criminology, and how this expert knowledge was then transmitted to an eager public by journalists covering court cases and police investigations. The book analyzes these sexual and criminal subjects on three levels: first, the expertise of scientists, doctors, lawyers, and scholars; second, the sensationalism of newspaper scandal and pulp fiction; and, third, the subjective ways that the figures themselves came to understand who they were. Throughout, Spector answers important questions about how fantasies of extreme depravity and bestiality figure into the central European self-image of cities as centers of progressive civilization, as well as the ways in which the sciences of social control emerged alongside the burgeoning emancipation of women and homosexuals.

“What exactly is a “violent sensation,” the book’s title phrase? The answer, which is Spector’s brilliant insight, unfolds subtly throughout the book. . . .The book’s extraordinary achievement rests in the accumulation of readings it performs and the layers they excavate—its effectiveness at displacing origins rather than propping up new ones. Accordingly, the patient reader will be well rewarded, not only finding important interventions in the subfields of German and Austrian history, the history of science and sexuality, and intellectual and cultural history.”

“[An] innovative cultural history of Vienna and Berlin in the decades between 1860 and World War I.”

“Innovative and stimulating. . .Violent Sensations is an ambitious work likely both to stimulate debate and spur further research. Based on a wide range of archival and primary sources, including novels, scientific treatises, court transcripts and newspaper articles, Spector attempts to reconcile two apparently contradictory ways of seeing the period around 1900, as, on the one hand, an age marked by sensation and decadence and, on the other, as an era shaped by science and progress.”

“[Violent Sensations] serves as a useful reminder that the fascination with sexual violence began much earlier than the 1920s. . . . There is much here that will be rewarding for academics versed in literary
theory. Scholars interested in Michel Foucault’s work on sexuality will find much that will complicate this philosopher’s provocative argument about the production of sexuality. Readers interested in the intersection of modernity, gender, and sexuality within the urban environment will find some fascinating suggestions for how these junctures were managed in fin-de-siècle Berlin and Vienna.”

“Violent Sensations is an ambitious and important book, characterized by methodological sophistication, theoretical complexity, and empirical depth. The counter-intuitive conclusions here—that decadent and enlightened discourses are constitutive of each other and that violent, sensationalist images can do positive culture work—will no doubt be controversial. However, Spector’s argument is backed up by impressive erudition and research, which cannot easily be dismissed. Spector has a unique and distinctive voice that will most certainly help define the emerging field of Central European cultural studies.”

“Violent Sensations offers an arresting anatomy of ‘sensational’ and scientific self-images that disclose multiple facets of fin-de-siècle metropolitan Europe as a crossroads of sexualized fantasies of violence and dreams of utopian emancipation—dreams that later often seemed like oncoming nightmares. In laboratories, libraries, law courts, and streets of Vienna and Berlin, the reader encounters emergent sexology, criminology, and (homo)sexual identity-formation as well as scandals, imagined conspiracies, ‘lust murders,’ and uncanny accusations of ritual killing. Violent fantasies often located in the wake of World War I are found to be disturbingly active in the seemingly aestheticized garden of the turn of the century. Spector impressively navigates a turbulent sea of ‘dialectical’ tensions and more or less offset repetitions between science and scandal sheet, criminology and crime, detection and deviance—in brief, the presumably normative and what might appear to be its marginalized ‘others.’”