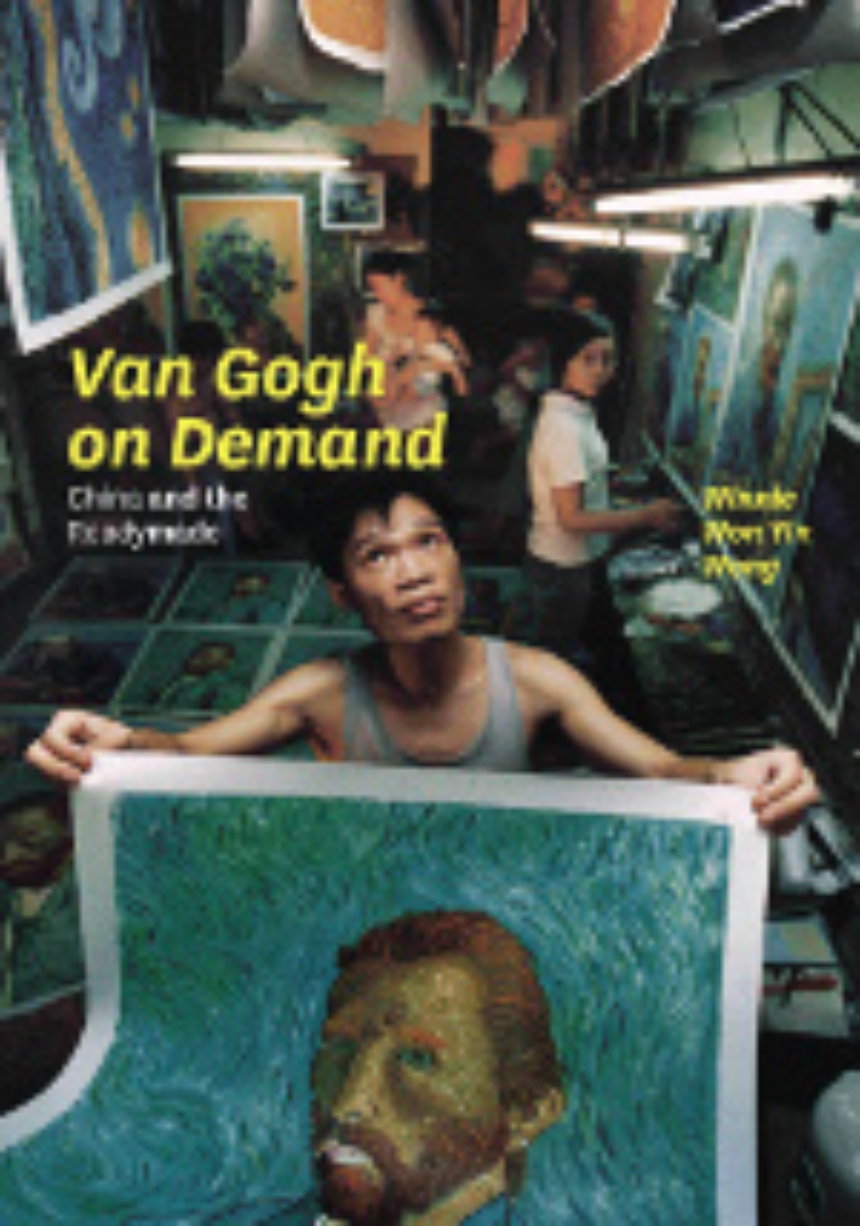 China and the Readymade

China and the Readymade

In a manufacturing metropolis in south China lies Dafen, an urban village that famously houses thousands of workers who paint van Goghs, Da Vincis, Warhols, and other Western masterpieces for the world market, producing an astonishing five million paintings a year. To write about work and life in Dafen, Winnie Wong infiltrated this world, first investigating the work of conceptual artists who made projects there; then working as a dealer; apprenticing as a painter; surveying wholesalers and retailers in Europe, East Asia and North America; establishing relationships with local leaders; and organizing a conceptual art exhibition for the Shanghai World Expo. The result is Van Gogh on Demand, a fascinating book about a little-known aspect of the global art world—one that sheds surprising light on the workings of art, artists, and individual genius.
Confronting big questions about the definition of art, the ownership of an image, and the meaning of originality and imitation, Wong describes an art world in which idealistic migrant workers, lofty propaganda makers, savvy dealers, and international artists make up a global supply chain of art and creativity. She examines how Berlin-based conceptual artist Christian Jankowski, who collaborated with Dafen’s painters to reimagine the Dafen Art Museum, unwittingly appropriated the work of a Hong Kong-based photographer Michael Wolf. She recounts how Liu Ding, a Beijing-based conceptual artist, asked Dafen “assembly-line” painters to perform at the Guangzhou Triennial, neatly styling himself into a Dafen boss. Taking the Shenzhen-based photojournalist Yu Haibo’s award-winning photograph from the Amsterdam’s World Press Photo organization, she finds and meets the Dafen painter pictured in it and traces his paintings back to an unlikely place in Amsterdam. Through such cases, Wong shows how Dafen’s painters force us to reexamine our preconceptions about creativity, and the role of Chinese workers in redefining global art.
Providing a valuable account of art practices in an ascendant China, Van Gogh on Demand is a rich and detailed look at the implications of a world that can offer countless copies of everything that has ever been called “art.”

“Van Gogh on Demand shines. . . . [A]  fantastically detailed exploration of a topic which touches the heart of many of the issues surrounding China’s economic rise.”

"Winnie Won Yin Wong’s Van Gogh on Demand: China and the Readymade not only overturns accounts of Dafen as a factory full of exploited assembly-line painters, but also unsettles contemporary art’s unspoken hierarchies and topples modernist and postmodernist assumptions about originality, authenticity, and authorship. . .Wong’s fluid movement between—and equally sophisticated discussions of—contemporary art, the social contexts of post-socialist urban China, popular culture, and state-controlled media pose a provocative model (or gao to use the word of Dafen) for art-historical research and viewing art amid globalization."

“One of the most intriguing reads of the year. . . . “[Wong] has done extensive research and taken the conversation beyond the stereotypes being peddled in the media and even in some contemporary art projects.”

“A penetrating analysis of how the artistic theories of the Duchampian ready-made and their successors in conceptual art practice outside China can be applied to illuminate the history of these Chinese production processes which reciprocally bring the notion of ready-made into focus. . . . An important and valuable book, the first on a long-neglected subject.”

“A fascinating blend of ethnography and art history.”

“Based on a thoughtful reading of modern and contemporary art theory, lengthy fieldwork, and practical artistic and curatorial engagement with the world of Dafen artists, Van Gogh on Demand addresses some of the most demanding—and not easily resolved—issues of culture and production. Wong skillfully untangles the complicated skein of interconnections between the realms of traditional practice, contemporary Chinese art, mass-scale production, copying, and art circulation in the global marketplace. Compelling, fluent, and highly quotable, this book is a major contribution to the study of China, modernism, postmodernism, and globalization.”

“Vividly describing a place that is amazing to learn about and fascinating as a story, Van Gogh on Demand is so engagingly written that we are drawn from chapter to chapter in a state of increasing interest that often turns to excitement. Wong tells us much not only about the highly specific kind of artistic production that prevails at Dafen, but also about the international art world and the role of Dafen in the kind of contemporary modernity that China is striving to construct. The convergence of these different worlds is thoroughly and brilliantly shown to throw a fresh light on postmodern appropriation, quotation, and irony. These insights make this book both a persuasive piece of participant observation cultural anthropology and an original instance of contemporary art historical writing.”

Introduction: After the Copy

Chapter Two: The Conceptual Artist and the Copyist Painter