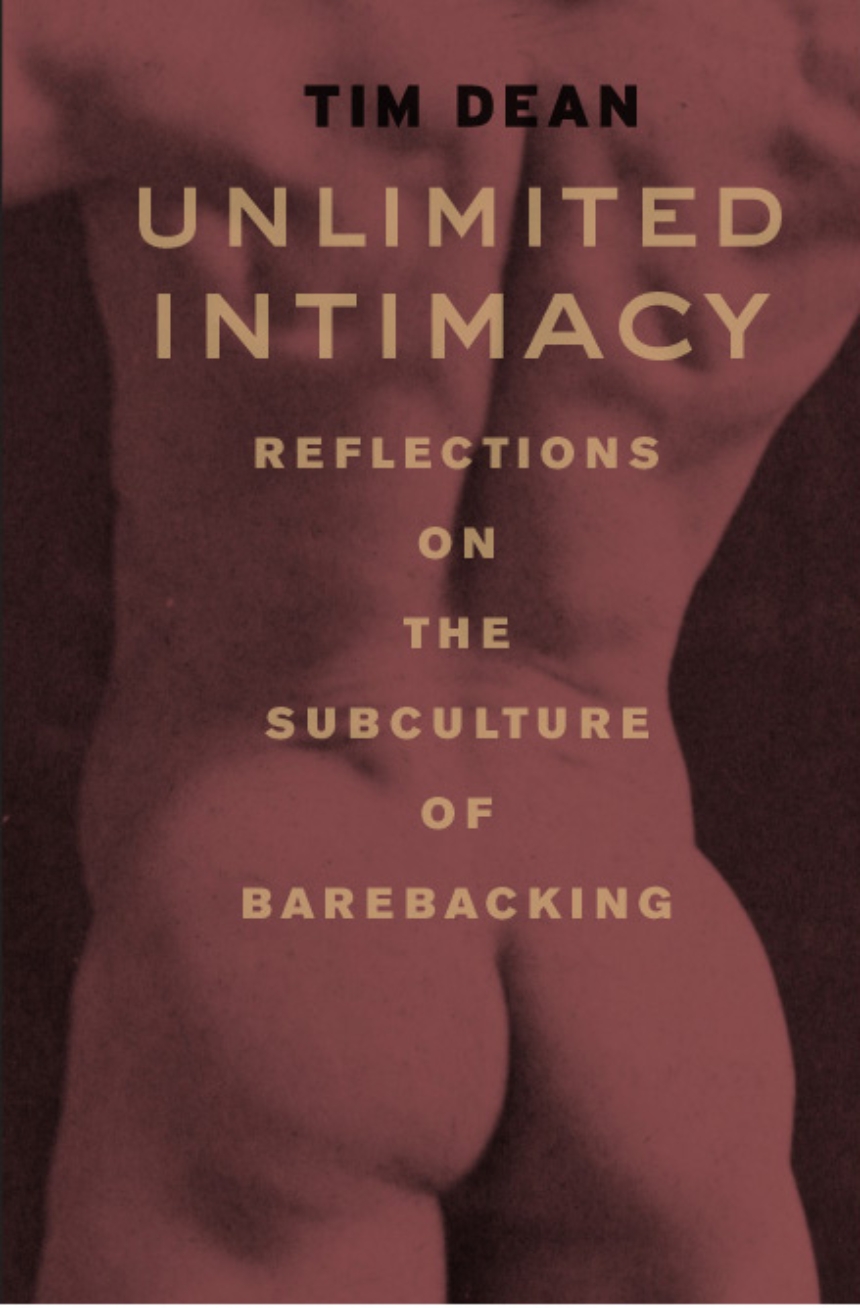 Reflections on the Subculture of Barebacking

Reflections on the Subculture of Barebacking

Barebacking—when gay men deliberately abandon condoms and embrace unprotected sex—has incited a great deal of shock, outrage, anger, and even disgust, but very little contemplation. Purposely flying in the face of decades of safe-sex campaigning and HIV/AIDS awareness initiatives, barebacking is unquestionably radical behavior, behavior that most people would rather condemn than understand. Thus the time is ripe for Unlimited Intimacy, Tim Dean’s riveting investigation into barebacking and the distinctive subculture that has grown around it.

Audacious and undeniably provocative, Dean’s profoundly reflective account is neither a manifesto nor an apology; instead, it is a searching analysis that tests the very limits of the study of sex in the twenty-first century. Dean’s extensive research into the subculture provides a tour of the scene’s bars, sex clubs, and Web sites; offers an explicit but sophisticated analysis of its pornography; and documents his own personal experiences in the culture. But ultimately, it is HIV that animates the controversy around barebacking, and Unlimited Intimacy explores how barebackers think about transmitting the virus—especially the idea that deliberately sharing it establishes a new network of kinship among the infected. According to Dean, intimacy makes us vulnerable, exposes us to emotional risk, and forces us to drop our psychological barriers. As a committed experiment in intimacy without limits—one that makes those metaphors of intimacy quite literal—barebacking thus says a great deal about how intimacy works.

Written with a fierce intelligence and uncompromising nerve, Unlimited Intimacy will prove to be a milestone in our understanding of sexual behavior.

"An academic but insightful look at the evolution and meaning of barebacking in gay culture. Dean . . . does not make any social arguments about barebacking but rather looks at the surrounding subculture from an anthropological standpoint, attempting to unravel the point of view, motivations, and interests of its inhabitants. A smart unbiased read for anyone seeking greater understanding of the phenomenon."

“Unlimited Intimacy is novel, fascinating, insightful, and courageous. Tim Dean convincingly argues that confronting head-on a sexual subculture that is alien to most readers, and understanding the fantasies that propel it, is a very good way of stimulating thought—not only about that subculture, but about one’s own choices and behavior and about the general social process of demonizing and pathologizing certain sexual practices.”--Martha C. Nussbaum, University of Chicago

“This is a serious and intelligent study that aims to provoke, challenge, anger and stimulate debate. . . . There is much to fascinate and learn from this insider’s account of an outsider’s culture.”

"Dean eschews a soft-touch approach in favor of diving right into his subject matter without reservations. He rarely shies away from the controversial or the incendiary. . . . Definitely not for the squeamish, Dean’s non-judgmental analysis remains an important report on a risky yet seductive sex practice."

Introduction: Confessions of a Barebacker

4 Cruising as a Way of Life