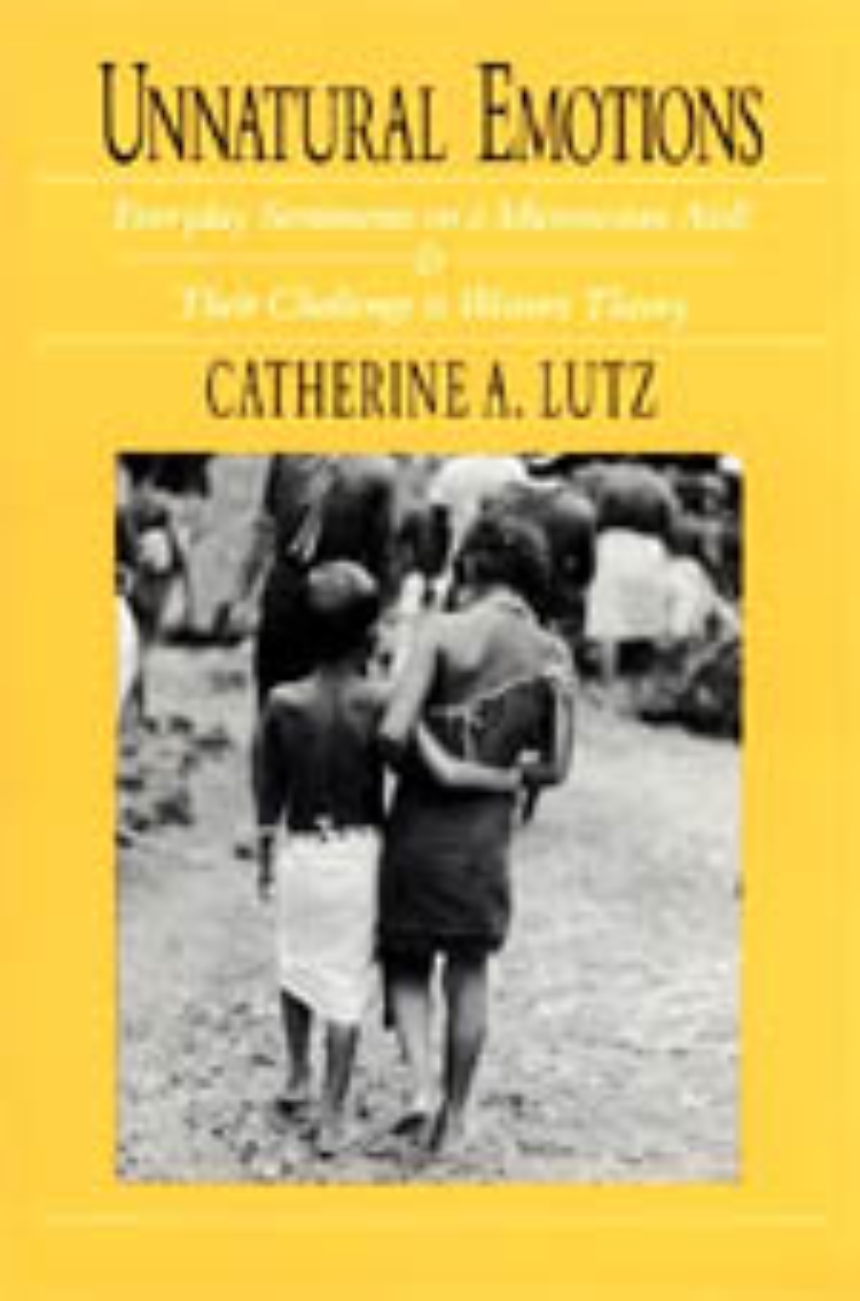 "An outstanding contribution to psychological anthropology. Its excellent ethnography and its provocative theory make it essential reading for all those concerned with the understanding of human emotions."—Karl G. Heider, American Anthropologist

Acknowledgments
Part 1 - Introduction
1. The Cultural Construction of Emotions
2. Paths to Ifaluk
The Genesis of the Project
Historical Routes to Ifaluk
One Anthropological Road
An Approach to the Cross-Cultural Study of Emotion
Part 2 - Two Cultural Views of Emotion and Self
3. Emotion, Thought, and Estrangement: Western Discourses on Feeling
Emotion against Thought, Emotion against Estrangement
Emotion as the Irrational
Emotion as Unintended and Uncontrollable Act
Emotion as Danger and Vulnerability
Emotion as Physicality
Emotion as Natural Fact
Emotion as Subjectivity
Emotion as Female
Emotion as Value
4. The Ethnopsychological Contexts of Emotion: Ifaluk Beliefs about the Person
Ethnopsychology as a Domain of Study
Person, Self, and Other: Categories of Agents and Variation in Consciousness
Explaining and Evaluating Behavior
Conclusion
Part 3 - Need, Violation, and Danger: Three Emotions in Everyday Life
5. Need, Nurturance, and the Precariousness of Life on a Coral Atoll: The Emotion of Fago (Compasson/Love/Sadness)
The Forms of Need and Nurturance
Fago as Maturity, Nurturance as Power
Fago, Compassion, Love and Sadness: A Comparison of Two Emotional Meaning Systems
Emotion Meaning and Material Conditions on a Coral Atoll
6. Morality, Domination, and the Emotion of "Justifiable Anger"
Moral Anger and Ifaluk Values
Domination and the Ideological Role of Justifiable Anger
The Scene that Constitutes Justifiable Anger
Anger, Song, Personal Restraint, and Moral Judgment
Conclusion
7. The Cultural Construction of Danger
The Nature of Danger
Variations in the Perception of Threat
The Things That Are Done with Fear
8. Conclusion: Emotional Theories
The First Construction: Local Theories of Emotion
The Second Construction: Foreign Observers and Their Emotion Theories
The Third Construction: Culture and Ideology in Academic Emotion Theory
Epilogue
Notes
References
Index