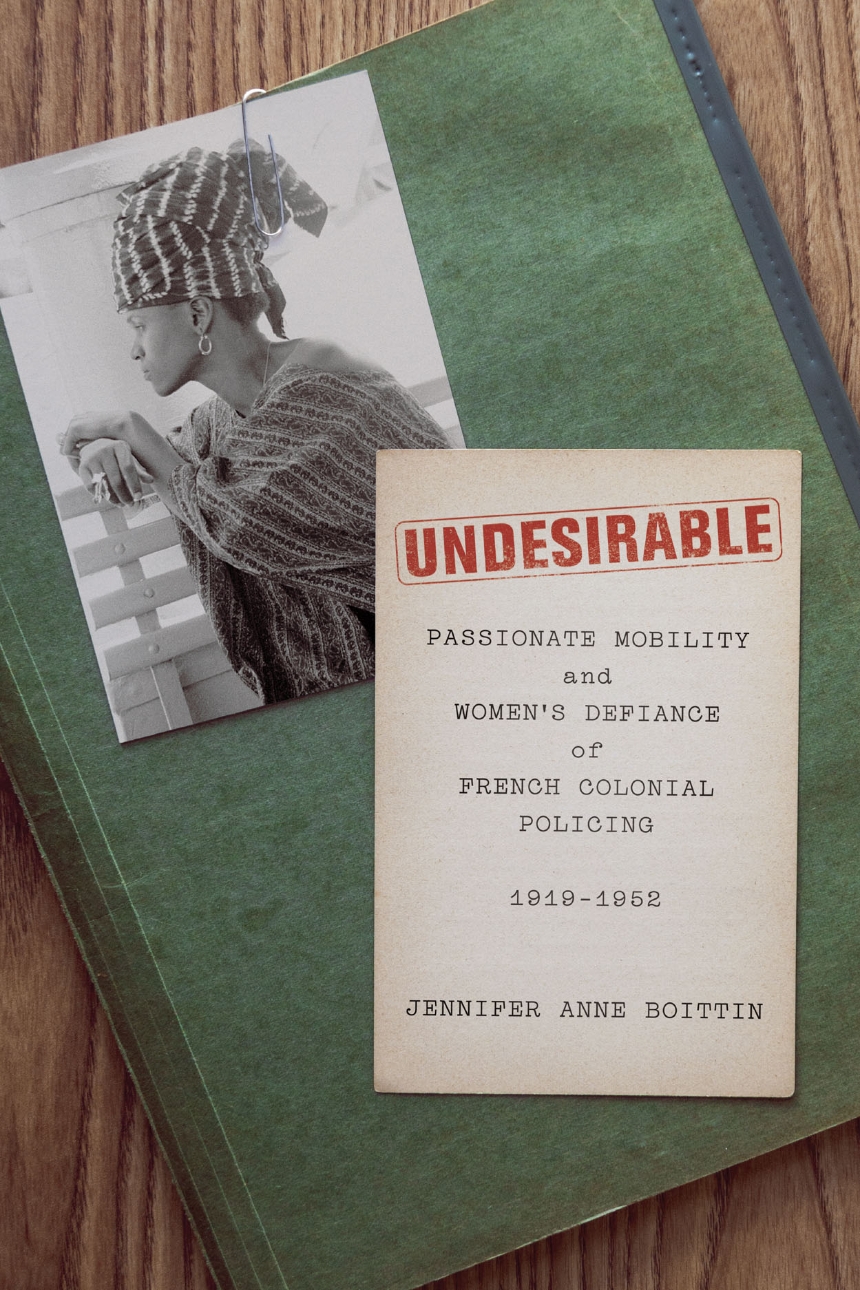 Examining little-known policing archives in France, Senegal, and Cambodia, Jennifer Anne Boittin unearths the stories of hundreds of women labeled “undesirable” by the French colonial police and society in the early twentieth century. These “undesirables” were often women traveling alone, women who were poor or ill, women of color, or women whose intimate lives were deemed unruly. To refute the label and be able to move freely, they spoke out or wrote impassioned letters: some emphasized their “undesirable” qualities to suggest that they needed the care and protection of the state to support their movements, while others used the empire’s own laws around Frenchness and mobility to challenge state or societal interference. Tacking between advocacy and supplication, these women summoned intimate details to move beyond, contest, or confound surveillance efforts, bringing to life a practice that Boittin terms “passionate mobility.” In considering how ordinary women pursued autonomy, security, companionship, or simply a better existence in the face of surveillance and control, Undesirable illuminates pressing contemporary issues of migration and violence.

“Innovative and engrossing, Undesirable contains cutting-edge scholarship on sex and gender in the French Empire. Boittin provides a vivid and powerful set of images of white and Indigenous women’s encounters with the French state, showing how women engaged the colonial bureaucracy, police, and judiciary.”

“Undesirable is a breakthrough study of women’s determined pursuit of mobility across France’s twentieth-century empire. Boittin uncovers in rich detail the many strategies that individual women from all walks of life used to defy a colonial state determined to keep them ‘in their place.’ A wonderful achievement.”

List of Illustrations
Introduction
1 “I Refused”: Undesirable | Immobile | Vengeful
2 Traversing Movements of Embarking, Crossing, Disembarking, Circulating, Dispersing, and Reconstructing
3 “Man-Woman”? Siting Frenchness, Sites of Frenchness
4 “The Law Has Been Violated in My Person”: On the Anatomy of Intimate Violence
5 They “Allegedly Had Intimate Relations”: Gossip, Desire, and Companionship
Epilogue
Acknowledgments
Notes
Bibliography
Index