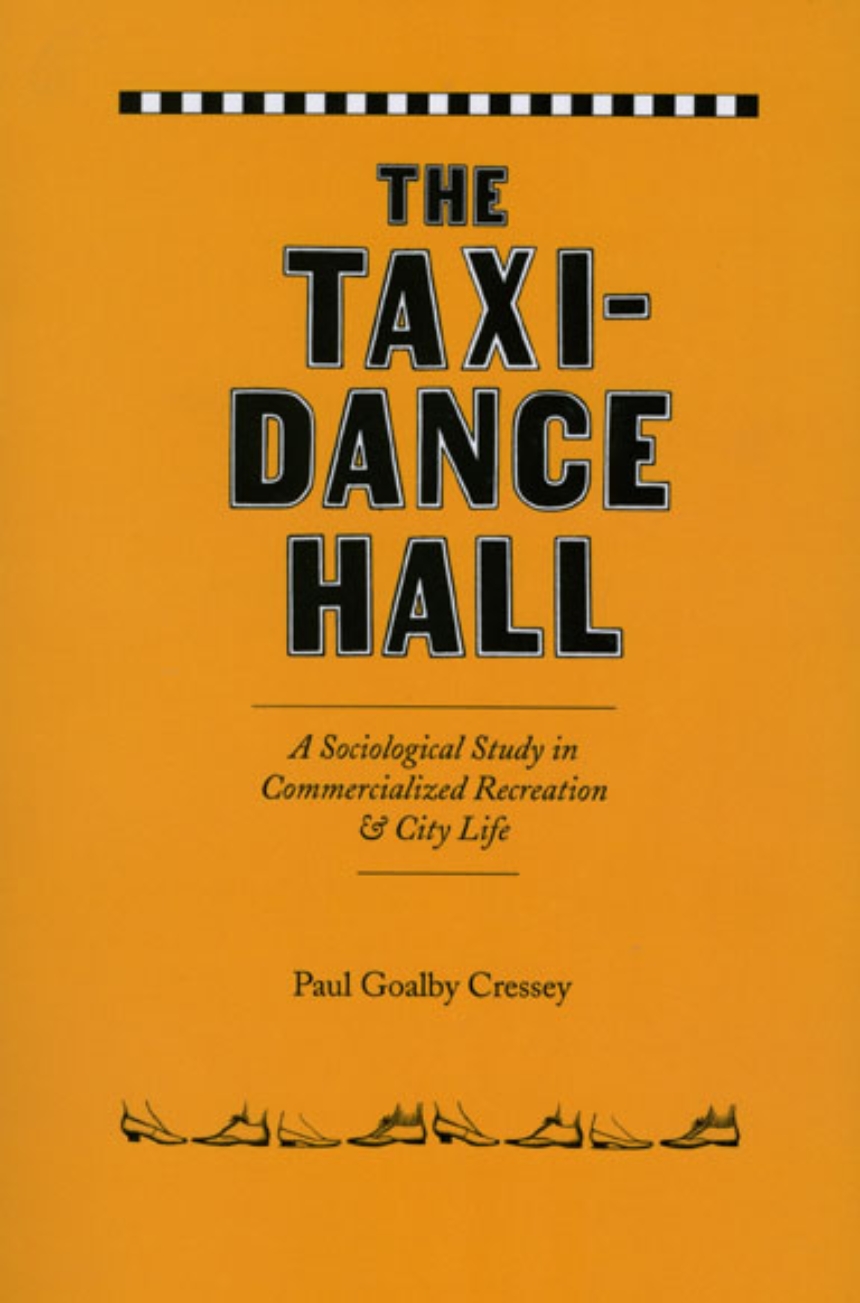 A Sociological Study in Commercialized Recreation and City Life

A Sociological Study in Commercialized Recreation and City Life

First published in 1932, The Taxi-Dance Hall is Paul Goalby Cressey’s fascinating study of Chicago’s urban nightlife—as seen through the eyes of the patrons, owners, and dancers-for-hire who frequented the city’s notoriously seedy “taxi-dance” halls.

Taxi-dance halls, as the introduction notes, were social centers where men could come and pay to dance with “a bevy of pretty, vivacious, and often mercenary” women. Ten cents per dance was the usual fee, with half the proceeds going to the dancer and the other half to the owner of the taxi-hall. Cressey’s study includes detailed maps of the taxi-dance districts, illuminating interviews with dancers, patrons, and owners, and vivid analyses of local attempts to reform the taxi-dance hall and its attendees.

Cressey’s study reveals these halls to be the distinctive urban consequence of tensions between a young, diverse, and economically independent population at odds with the restrictive regulations of Prohibition America. Thick with sexual vice, ethnic clashes, and powerful undercurrents of class, The Taxi-Dance Hall is a landmark example of Chicago sociology, perfect for scholars and history buffs alike.