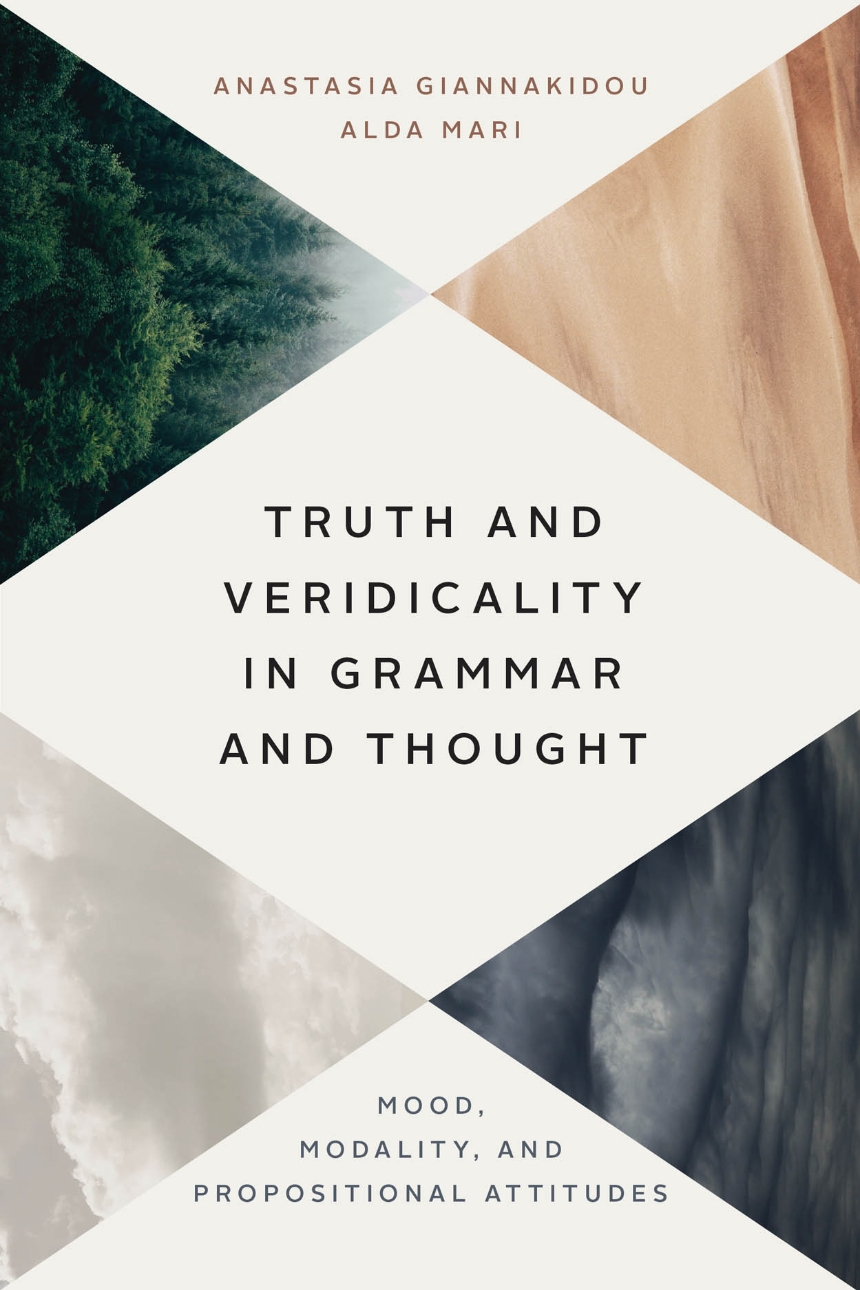 Truth and Veridicality in Grammar and Thought

Truth and Veridicality in Grammar and Thought

Can language directly access what is true, or is the truth judgment affected by the subjective, perhaps even solipsistic, constructs of reality built by the speakers of that language? The construction of such subjective representations is known as veridicality, and in this book Anastasia Giannakidou and Alda Mari deftly address the interaction between truth and veridicality in the grammatical phenomena of mood choice: the indicative and subjunctive choice in the complements of modal expressions and propositional attitude verbs.

Combining several strands of analysis—formal linguistic semantics, syntactic theory, modal logic, and philosophy of language—Giannakidou and Mari’s theory not only enriches the analysis of linguistic modality, but also offers a unified perspective of modals and propositional attitudes. Their synthesis covers mood, modality, and attitude verbs in Greek and Romance languages, while also offering broader applications for languages lacking systematic mood distinction, such as English. Truth and Veridicality in Grammar and Thought promises to shape longstanding conversations in formal semantics, pragmatics, and philosophy of language, among other areas of linguistics.

“This extended study of the semantics of mood is rich with insight and empirical detail. Giannakidou and Mari have made an important contribution to the literature on the topic.”

“Truth and Veridicality in Grammar and Thought undertakes a challenging task—to offer a unified analysis of a range of linguistic phenomena that belong to the domain of epistemic modality. Giannakidou and Mari offer an explanation for the interaction of modal and temporal categories. This book makes several theoretical and empirical contributions to the field, and the result is an important milestone in the literature on modality.”

“Giannakidou and Mari’s book will be a valuable contribution to the formalization of mood and modality. The scholarship is perfectly sound, and the result is impressive. The main originality of the book is how it handles the various parameters at play, which is novel and stimulating.”