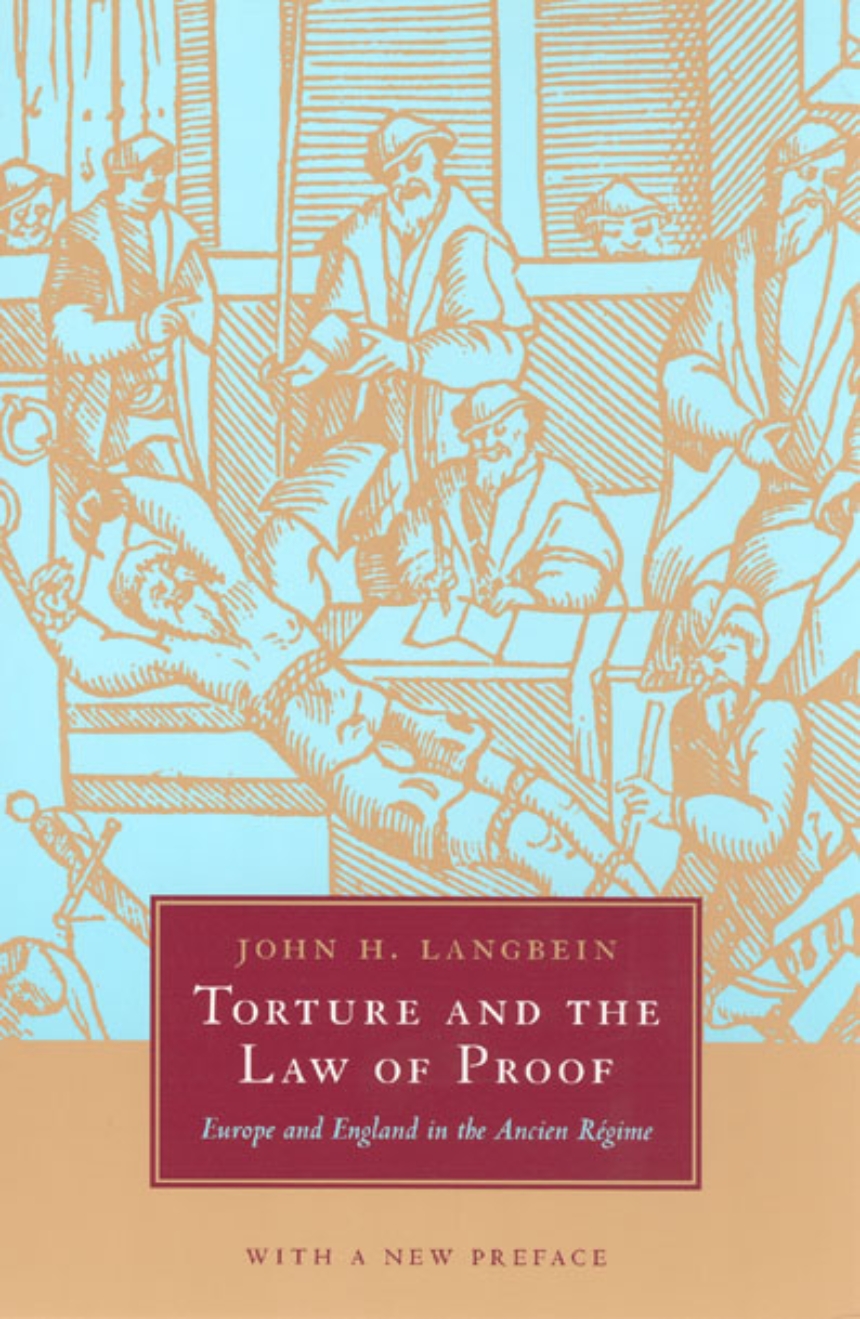 Torture and the Law of Proof

Europe and England in the Ancien Régime

Torture and the Law of Proof

Europe and England in the Ancien Régime

In Torture and the Law of Proof John H. Langbein explores the world of the thumbscrew and the rack, engines of torture authorized for investigating crime in European legal systems from medieval times until well into the eighteenth century. Drawing on juristic literature and legal records, Langbein’s book, first published in 1977, remains the definitive account of how European legal systems became dependent on the use of torture in their routine criminal procedures, and how they eventually worked themselves free of it.

The book has recently taken on an eerie relevance as a consequence of controversial American and British interrogation practices in the Iraq and Afghanistan wars. In a new introduction, Langbein contrasts the "new" law of torture with the older European law and offers some pointed lessons about the difficulty of reconciling coercion with accurate investigation. Embellished with fascinating illustrations of torture devices taken from an eighteenth-century criminal code, this crisply written account will engage all those interested in torture’s remarkable grip on European legal history.