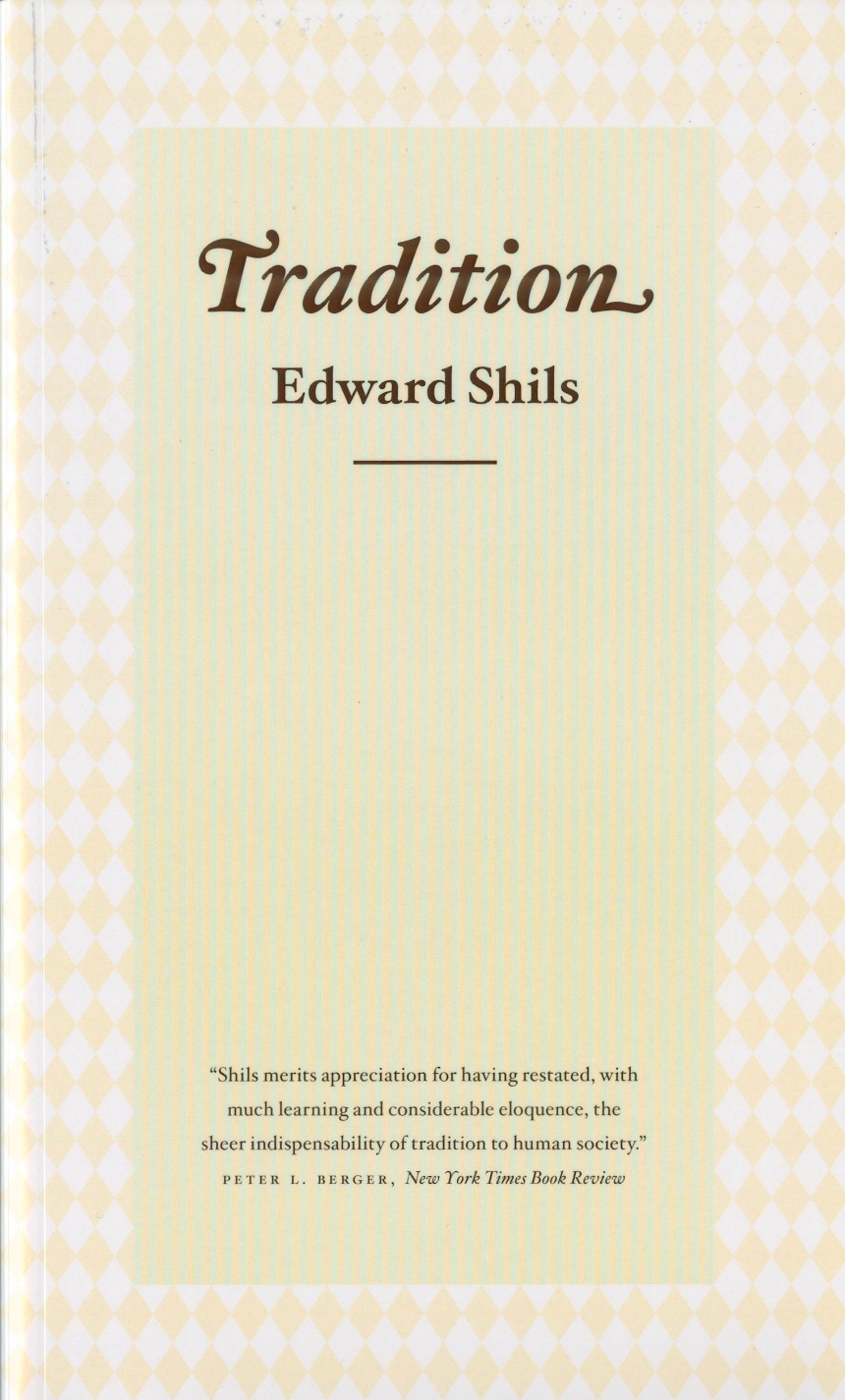 Tradition, by esteemed sociologist Edward Shils, was the first book to fully explore the history, significance, and future of tradition as a whole. Intent on questioning the meaning of the antitraditionalist impulse in today’s society, Shils argues here that the tendency to distrust and rebel against tradition is at the heart of tradition itself; only through suspicion and defiance does tradition actually move forward. Revealing the importance of tradition to social and political institutions, technology, science, literature, religion, and scholarship, Tradition remains the definitive work on this vital element of our society.

"Shils is a man of fabled learning, whose mind purrs powerfully like the moth at dusk. I hesitate to use the word conservative of him because it misses the central concern of his work, which is not conservatism, but the conservation of those human resources and achievements which are richest, and matter most."—David A. Martin, Times Literary Supplement

"Tradition is the first comprehensive treatment of the subject that encompasses the totality of tradition in all its multifaceted variables and functions. . . . It is a landmark analytical and theoretical sociological study that not only fills a need but also provides a basic model and impetus for further research."—H. Leon Abrams Jr., Sociology