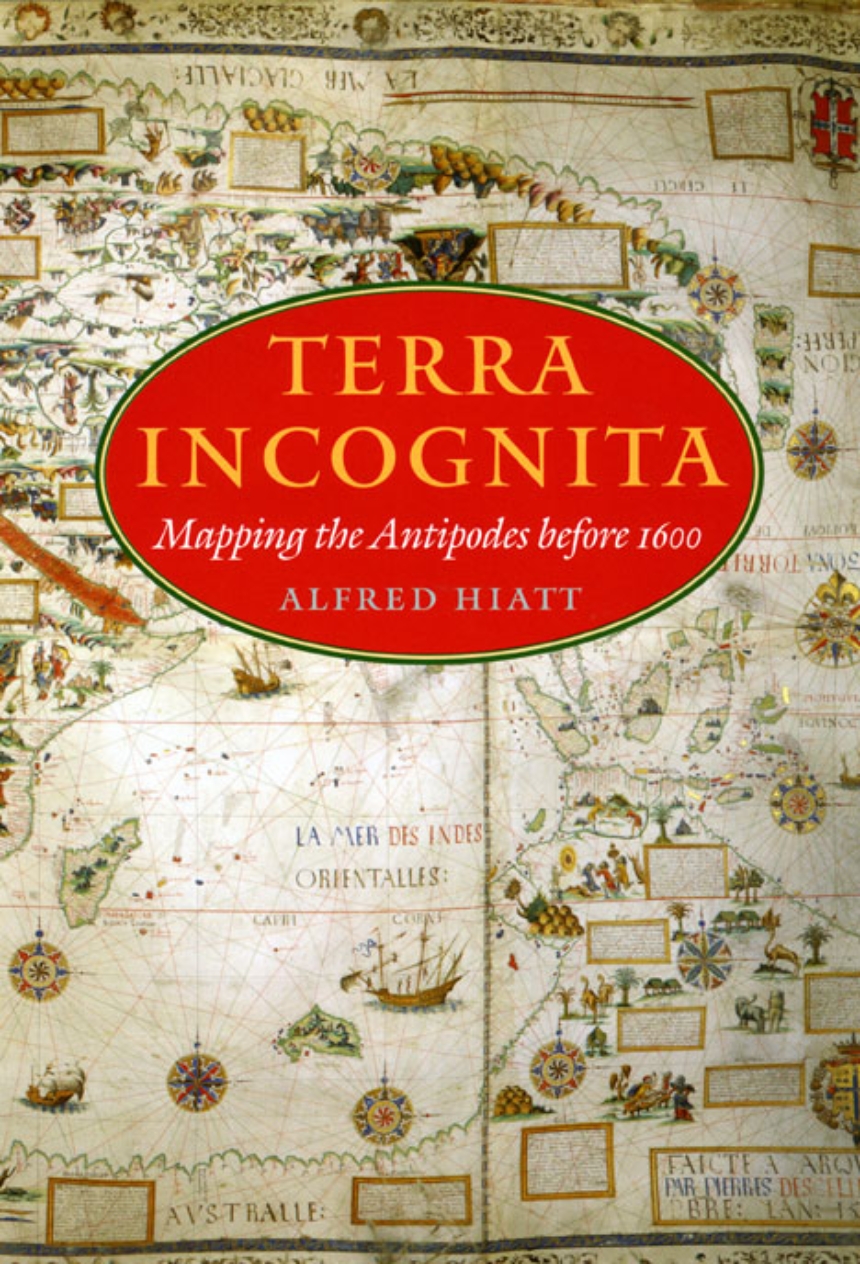 Mapping the Antipodes before 1600

Mapping the Antipodes before 1600

From the age of antiquity to the Middle Ages, scholars argued about the existence of places, and perhaps peoples, beyond the world known to Europeans. But to allow for the possibility of such lands and races raised troubling questions: Was it truly impossible to reach the underside of the earth? And, if so, how could its inhabitants receive the word of God?
In Terra Incognita, Alfred Hiatt draws on sources both literary and visual to understand the appeal of the antipodes. Examining maps and diagrams, as well as evidence contained in geographical and historical works, poetry, travel narratives, and legal documents, he challenges long-standing characterizations of medieval spatiality as exclusively symbolic and religious. Instead, Hiatt finds, the idea of people on the other side of the Earth provided a potent and malleable symbol for political theorists, satirists, scholars, and poets—as well as for map makers. Terra Incognita is, in the end, the history of a non-place, of lands conjured by the scientific imagination, which nevertheless drove exploration, and which continued to shape the world map, even as they slowly vanished from it.

"The voyage to the antipodes proved an arduous journey, from philosophers’ speculation to the visual representation of the world to the voyages of discovery. Those who follow it with Hiatt will be well rewarded."